Is that a chalet or a synagogue? MARTIN PATRIQUIN April 28 2008

Members of a Hasidic community in Quebec are hoping to go to the Supreme Court in the name of their religion, but might have to appeal to a slightly higher power: God Himself.

For over 25 years, the Hasidim have summered in Val-Morin, a quaint country burg north of Montreal. For almost as long, they have steadfastly denied the existence of a religious school and a synagogue on their property there—even though both were plain to the eyes ofVal-Morin residents and inspectors alike, and against town zoning bylaws. As recently as 2001, lawyers for the community have said there are nothing but chalets on the property, even as the devout continued

to attend the non-church and non-school.

When the case wound up in the Quebec Court of Appeal, however, lawyer Julius Grey used an interesting argument: Val-Morin’s bylaws were an infringement on the Hasidic community’s freedom of religion, whether anyone had lied about it or not. “Fundamental rights are not dependent on whether something that might have been said was true or not,” Grey told Maclean’s.

Last week, the appeal court upheld an earlier decision against the Hasidim. Grey is seeking leave to appeal to the Supreme Court, citing two earlier cases in which he successfully argued for reasonable accommodation for religious practices. (One let Hasidic families erect temporary religious dwellings in a chi-chi Montreal condominium complex, despite condo rules; the other defended a Sikh student’s freedom to wear a kirpan to school.)

The community itself, meanwhile, may well face the wrath of God. It they lied to Gentiles, the Val-Morin Hasidic community committed chilul hashem, or desecration of God’s name. “Lying in this context is much worse,” said Montreal Rabbi Chaim Steinmetz. “You’re representing the Jewish people to the world. It’s worse than lying to a fellow Jew.” M 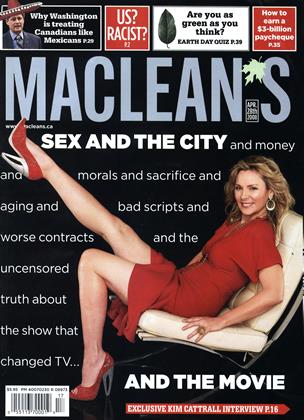