'Capt. Kirk has been my hero. In recent years, I learned that it was the actor behind Kirk I admired. ’

THE DRUG TRADE has always flourished in the Vancouver area. However, in the past few years, B.C. bud has become one of the main criminal industries (“How B.C. became a world crime superpower,” National, May 19). There are a couple of reasons for this. There is a big market south of the border, and when criminals are caught for running grow ops, the sentences they get are a joke. It would seem to me that our judges have to get a grip on reality and start sentencing criminals to long prison terms. While this would not completely alleviate the problem, it would reduce the numbers of gang members in the Vancouver area. Mert Mohr, Delta, B.C.

AS A BRITISH COLUMBIAN and a recently retired police officer, I found your article on crime in B.C. embarrassing but true. I know that police in B.C. work hard identifying grow ops and the criminals and gangs behind them, charging those involved whenever possible. My own experience working drug files leads me to conclude the courts simply do not understand the seriousness of the crime. Let’s face it, as long as there are no significant consequences for their crimes there will be no reason to alter behaviour. British Columbia truly is one of the most beautiful places on earth but that natural beauty really won’t be worth much if personal safety is eroded to the point where we all live in fear. Thank you for exposing our not-so-secret secret.

THANKS FOR WRITING this article. Possibly it will awaken the MLAs to the fact we have a major problem here. I think if you mailed a complimentary copy of this issue to each of the MLAs in B.C., you would be doing a big favour to all our concerned citizens. John and Faye Ryan, Vernon, B.C.

IT IS CLEAR that our crime is driven for the most part by the illegal drug trade here in B.C. So what is the answer? Prohibition does not work. It is a great tragedy that our government is making war on its citizens over this issue. Allan Winks, Parksville, B.C.

YOUR ITEM ON British Columbia’s Simon Fraser University trying to end free tuition for seniors caught our attention (“Golden age,” Good News, May 19). The piece indicates there needs to be a debate on the justification for the ubiquitous seniors’ discount and ends with the statement, “Maybe they [boomers] will be too vain to flash their discount cards, but don’t bet on it.” How arrogant! This is ageism at its most blatant and is offensive to a large and significant segment of Canada’s population. Canada’s seniors contribute greatly to the economy; we are taxed till our last breath. And in spite of what you may think, many seniors are not wealthy.

WHAT WOULD SHATNER DO?

THANKS FOR THE ARTICLE on William Shatner (Interview, May 19). For most of my life, his Star Trek character Captain Kirk has been my hero. In recent years, I learned that it was the actor behind Kirk I admired. Shatner seems to have taken criticism about such things as his acting and other meanspirited stuff and laughed himself all the way to the bank. If I could, I’d adopt him as my dad! As a Christian, I admit that the question I ask myself when I’m in a jam is not WWJD (what would Jesus do?), but WWCKD (what would Captain Kirk do?). Love ya, Mr. Shatner.

THOROUGHBRED horse racing needs to revamp its priorities to include soundness and strength in runners, not just lightning speed (“Just try to keep these horses from running,” From the Editors, May 19). Some of the old-timers who had great success would not breed horses—even winners—that had fewer than 25 career starts, an indicator of soundness and staying power. For generations now, speed has been the only criteria, along with fashionable pedigrees and high auction prices. The result is horses that cannot deal with the rigours of racing without catastrophic results in more cases than we would like to admit. If these collapses continue, caring people will indeed turn away from the “Sport of Kings.” None of us enjoys watching a race while holding our breath and hoping we will not have to endure the sight of a horrific breakdown onscreen or off.

THE EDITORS of Maclean’s wonder “who’s getting the better of the bargain” in the longstanding relationship between man and horse. The answer is self-evident in the way we bend the self-interests of the horse to satisfy our own demands for profit, companionship, entertainment (at least 100 horses were reportedly killed in the chariot race of 1925’s Ben Hur), meat, and a working mate. Eight Belles died at three years of age, when she was easily capable of living to be 30. When you have 1,200-lb. animals running on humansized ankles, there are bound to be problems. According to the American Association of Equine Practitioners, the racing industry suffers 730 catastrophic breakdowns a year, or two a day. Most horses probably do love to run, but you can only love something when you can do it on your own terms. In this socalled bargain forged with man, we all know who sets those terms.

WE WOULD LIKE to respond on behalf of Open Arms to International Adoption to your recent article, (“Bursting the Chinese Baby Bubble,” Society, May 19). Your readers should be aware that, though Open Arms did decline a request for an interview, we were not given an opportunity to respond to any of the specific statements made about it in this article, nor was a request made to speak to anyone else who was present at the meeting that Mr. Sims attended. The fact of the matter is that Mr. Sims was a hostile and disruptive presence at the meeting who refused to identify himself and was asked to leave after he was given at least five minutes to address the meeting.

Anyone who has dealt with our executive director knows that she is an invariably patient person, and your magazine has done both Open Arms and her a grave disservice. It is noteworthy that Mr. Sims also made various comments about his social worker who, unlike Open Arms, is given the courtesy of anonymity.

There is no question that the wait times for Chinese adoptions, which at one time were as short as six months, are lengthening. There is no question that this is extremely frustrating for everyone involved in adoptions from China. It seems, however, that in order to obtain an exciting anecdote to lead off your story, you have failed the basic test of journalistic fairness.

MY TIMELINE and adoption agency are the same as those of Michael Sims and Stephanie Hodnett, the couple in your article about international adoption. Unlike them, we knew of the slowdowns as soon as our agency did. We were in constant contact with Deborah Maw of Open Arms who did everything she could to establish timelines. She even travelled to China to visit the Centre for Adoption Affairs’ newly built headquarters. Assurances from staff assured her that the program was still on track. By summer 2007, even Deborah was astonished by the unprecedented wait. But she never hid the truth from us.

As for Sims and Hodnett, painted as duped innocents, here’s a few details your writer Katrina Onstad omitted. When you enter the program, you are asked if you’re trying to conceive to ensure you’re not in it as a fallback. Should you get pregnant, you’re supposed to advise your social worker. Clearly Sims and Hodnett did not feel bound by these rules. Most revealing perhaps is that they did not complain until after they had conceived three children and pulled out of the program.

Being an adoptive parent is not for the faint of heart. I am biologically capable of having children, but I chose international adoption. When I look at my Chinese daughter, I know she is my child, the one I was waiting for. And as we wait patiently for her sister, we move through months and years reminding ourselves that when she’s ready for us, we’ll get her. Leslie Ehm, Toronto

MY WIFE AND I have adopted our two girls from China and were assisted by Deborah Maw of Open Arms throughout the process. Ms. Maw’s work can only be considered a labour of love due to the time it takes her away from her own family, which includes four adopted children from China. Individuals such as Ms. Maw are doing their best to estimate wait times for adoption from China, but prospective adoptive parents are asking them to “crystal ball” wait times. They have no control over factors influencing the lengthening wait times. The recent earthquake in China might possibly increase or even decrease these wait times. It is unfair that someone like Ms. Maw acts as a lightning rod for unfair criticism. Taras Kulish, Toronto

I FEEL FOR the plight of infertile families, especially the time it takes them to adopt an international child, as well as the fees. However, what I don’t agree with is how these people are willing to wait up to five years for a child when there are many children in our own country who are sitting in foster care just begging to be adopted. A woman in your story wanted to adopt a third child, who was special needs, in China. Well, what about all the special needs children in Canada? Justine Bell, St. Catharines, Ont.

NO DIAMOND IN THE ROUGH

THE DIAMOND SHREDDIES advertising campaign was not worthy of a three-page article (“Diamonds are a brand’s best friend,” Busi-

ness, May 19). It was simply a bunch of people praising the campaign like it was some brilliant plan, even though its inventor, Hunter Somerville, admitted that he thought it was the “stupidest, worst idea ever,” and that its success “was a fluke.” When something works by accident, it can no longer be praised as “brilliant.” Somerville criticizing his own idea didn’t make him humble, but being one of the few to realize the truth behind the campaign’s success, it may make him one of the most brilliant people in advertising.

Sydney Pollack, 73, filmmaker. He came to prominence in the 1960s as a director of middle-brow films such as They Shoot Horses Don’t They? He made numerous films with Robert Redford, including Three Days of the Condor and Havana, and won a Best Director Oscar for another Redford picture, Out of Africa. He’d previously won for the comedy Tootsie.

Willis Lamb, 94, physicist. He won the Nobel Prize in 1955 for work on the electron structure of the hydrogen atom. His co-authoring of a study that showed the atom changed the amount of energy it gave off when exposed to microwaves, what became known as the “Lamb shift,” changed the quantum theory of matter. 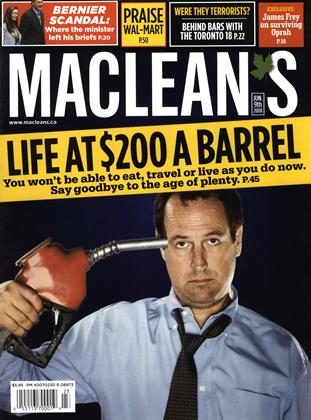