“I hope people will realize it’s a new show,” says Gabe Sachs, one of the creators and executive producers of an updated version of Beverly Hills 90210 (premiering Sept. 2 on the CW and Global). Maybe he should tell that to the marketing people at his own network. The new show, called simply 90210, focuses on a new set of characters who happen to live in the same ritzy Los Angeles zip code as the original characters: if Dei

Canadian ex-heartthrob Jason Priestley ever agree to appear, they’ll be guest stars, not major characters. But given the way the CW network is advertising the show, you could forget that there are any new characters. The network hasn’t actually let people see the new episodes yet, but it has been hyping its attempts to bring back people from the ’90s production; rich blond Kelly (Jennie Garth) is now the school guidance counsellor, and she’ll be fighting over a man yet again with Brenda Walsh (Shannen Doherty). Even the refusal of Tori Spelling (Donna) to come back, due to a dispute over money, is bigger news than the new cast. The network, whose continued existence is in doubt, is desperate to make this show a hit; Hollywood columnist Nikki Finke (deadlinehollywooddaily.com) told Maclean’s: “I don’t think people realize the

extent to which the CW is dependent on the success of 90210.” But they’re not publicizing the new show as much as they’re publicizing the old one. And that was already a hit for another network.

There are other shows on the air today that are based on earlier series; we’re about to see the last season of the revived Battlestar Galáctica, the first season

of NBC’s new Knight Rider, and even a revival of Hawaii 5-0. But those shows want to stand on their own as more or less new shows. The CW not only doesn’t want 90210 to stand on its own, it’s going out of its way to remind us of its connections to the ’90s show. The characters hang out at the Peach Pit, the diner where the original characters talked and danced, and it’s still run by Nat (Joe E. Tata), who was to 90210 what Pop Tate was to Archie. The returning characters will have snippets of dialogue that are meant to remind loyal viewers of things they did in the original show. The online ad for the new series even features the original theme song. “We’re so aware of how much the old audience is still into that show,” says Sachs. “I have friends, professionals, who are going crazy over the thought of any old cast members being involved.”

The advantage of all these tie-ins with the original is that it attracts the viewers who loved the adventures of Brandon and Brenda Walsh and their equally pretty friends—which is to say, everybody who grew up in the ’90s:

“There’s always been a tremendous fascination with Shannen Doherty and Jennie Garth,” Finke says. “I think less so with Tori.” Bringing these people into the new show, she explains, will help “create some continuity for the older part of the 18 to 34 demographic.” But to succeed, the show has to appeal to teenage viewers who have no fond 90210 memories, and it hasn’t given them much so far. There’s been plenty of publicity about the returning

stars, but not much about the actual stars of the show, like Annie Mills (played by Shenae Grimes, best known as one of the kids from Degrassi: The Next Generation) and her brother Dixon (Tristan Wilds). The premise is that these characters have moved from Kansas to Beverly Hills; since the original show began with the Walsh family moving from Minnesota, we’re supposed to accept these new people as the successors to the originals. But with all the guest appearances going around, they’ll risk being upstaged by the old established stars. Sachs is confident the writers have managed to “bring the old characters in naturally with the kids.” But he admits that it’s hard for new people to be as beloved as the old ones: “They lived with that character for 10 years. It sort of keeps our actors on their toes, because they were fans of theirs as well.”

But if the 90210 brand name and cast members may bring some viewers in, they may also drive away others, the ones who like Gossip Girl better than Melrose Place. Beverly Hills 90210 was like most of the shows from the executive producer, Aaron Spelling (Charlie’s Angels, Dynasty, The Love Boat): glossy and trashy, but very sincere. Like any traditional prime-time soap opera, it took itself seriously; it became famous for its preachy issue-of-the-week shows about teen sexuality and drugs—sort of like Degrassi with better hair—but even when the storylines got very silly, Spelling and creator Darren Star played it straight. For the people who worked

Oon it, Beverly Hills 90210 had many missed opportunities; Star was frustrated at not being allowed to show that teen sex didn’t always lead to horrible consequences. (He later got to portray sex more positively when he created Sex and the City.) But the show worked, even if it wasn’t high art; people still remember the episode where David (Brian Austin Green) had a nerdy buddy who accidentally shot himself, or the episode where Donna stood up for sex education and then declared her intention to remain a virgin until marriage.

The CW doesn’t want to imitate the lecturing and straightforward melodrama of the original; today’s prime-time soaps and teen shows have more of an ironic edge, and a show done in the style of Star and Spelling would look too old-fashioned for CBS, let alone the CW. The network appears to be trying to solve this problem by handing the franchise to writers who have spent their careers trying to destroy everything 90210 stood for. It hired Rob Thomas, creator of its cult failure Veronica Mars, to write the original pilot.

Sachs and Jeff Judah, who got their start under Judd Apatow on Freaks and Geeks, got to run 90210 because the head of the network,

Dawn Ostro if, was a big fan of their short-lived teen show Life as We Know It.

These are teen shows that tried to portray something resembling real teens, instead of Spelling’s fantasy characters; Freaks and Geeks even started with a direct parody of 90210, panning away from the soapy problems of two pretty, 90210ish teens to focus on the realistic problems of its quirky-looking cast. Writers like Thomas, Sachs, and Judah have been ordered to take a franchise that’s proudly uncool (like all Spelling shows) and make it hip. Sachs says that he enjoys the challenge of taking the old formula and “mixing in what Jeff and I do, coming from the Judd Apatow camp. We’re trying to write it a little edgier, a little sexier.” Or as writer Karen Hill put it when she reviewed the new pilot’s script at jillgolick.com, the new version has “no issues, no hugs, no learning,” but instead offers “hot teens, pills and plenty of scheming.” But it might be hard for a show to get off the ground when the audience is literally expecting two different shows at once.

At least the corny, cheesy style of90210 has proven that it can be successful; if the new

producers push the franchise too much in a different direction, it could easily get cancelled early—just like Freaks and Geeks and Veronica Mars did. Even the CW’s Gossip Girl, which is incredibly popular online, is actually one of the lowest-rated shows on broadcast TV. Sachs’s mission statement for the new 90210 is more ambitious than the original: “What we want to do, with these characters,

is whoever appears to be the most popular, bitchy girl, we’d really like to peel the layers away and see why that girl is like that. I think you learn, through our version, why these kids behave like they do.” But the big long-running hits among teen shows tend to be the ones where the layers don’t get peeled away, where every character is a soap-opera archetype, like the original 90210. Even today, old-fashioned un-hip teen shows are doing surprisingly well; the gritty but soapy Degrassi: The Next Generation is still going strong, and ABC Family just had a success with The Secret Life of the American Teenager, a teen-pregnancy show that feels like a deliberately old-fashioned throwback to the moralism of the old 90210 days. (It was created by Brenda Hampton, who, almost inevitably, got her start working for Aaron Spelling.) The CW wants the new 90210 to be less cheesy and less judgmental than the ’90s version, but that approach doesn’t actually have much of a track record.

Which means that if the CW is trying to sell 90210 as a combination of’90s sincerity with modern irony, there’s a risk it could wind up with the worst of both worlds: a show based on a dated, creaky prime-time soap format, using a new style that’s never produced a big hit show. Or it could all work out; every hit show sounds like a risk before anyone gets to see it. Sachs, for his part, says that he and Judah have decided to stop worrying about expectations and just try to make a show that works on its own terms: “That was the tricky thing, figuring out, ‘How do we please all these people?’ And some people won’t be pleased.” We won’t know for sure until the series premiere’s ratings come in. That’s a suspenseful cliffhanger almost as good as the one where Dylan’s new bride got killed by mobsters. M 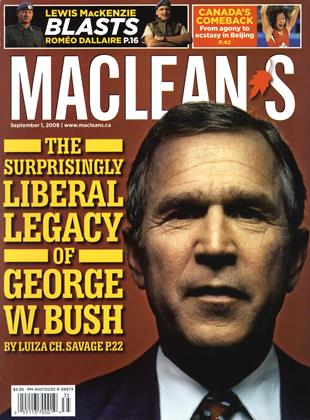