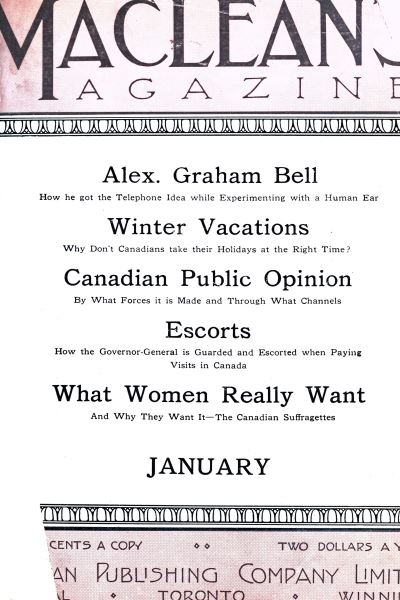 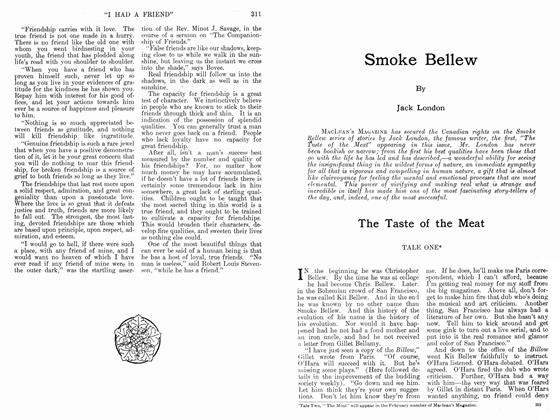 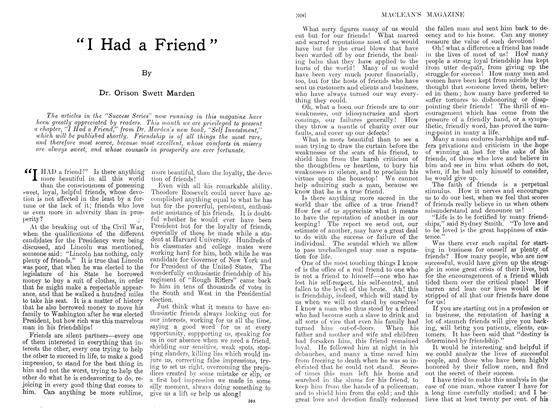 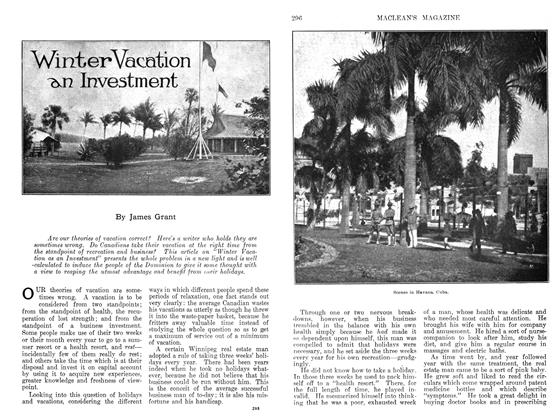 The Taste of the Meat

"I HAD a friend!” Is there anything more beautiful in all this world than the consciousness of possessing sweet, loyal, helpful friends, whose devotion is not affected in the least by a fortune or the lack of it; friends who love us even more in adversity than in prosperity?

OUR theories of vacation are sometimes wrong. A vacation is to be considered from two standpoints; from the standpoint of health, the recuperation of lost strength; and from the standpoint of a business investment. Some people make use of their two weeks or their month every year to go to a summer resort or a health resort, and rest— incidentally few of them really do rest; and others take the time which is at their disposal and invest it on capital account by using it to acquire new experiences, greater knowledge and freshness of viewpoint.

NOW that nearly every morning paper is found to contain accounts of fresh outbreaks on the part of the Suffragettes in England, discussion regarding the question waxes daily louder. The average Canadian citizen is more than shocked at the unheard-of proceedings of the militants, he is bewildered. By Laura B. McCully, B.A., M.A.16 min

The Affair of the Protocol

Author of “The Colonel of the Red Huzzars,” “Beatrix of Clare,” “ The Woman in Question,” “ The Imposter,” etc. By John Reed Scott15 min

What are the Strongest Factors in Molding its Expression and Sentiment ? By Frederick Greyson15 min

The Bridge and the Bridge Builder

A GREAT many of the richest gold grounds have been located by men who, at the moment of their good fortune, were as little expecting to find gold as the old lady who was presented with the fabulous goose. Sometimes a wild animal has played the part of lucky medium, as for instance, in the case of the half-breed mountaineer, Paul des Reque, who, overtaken by sickness when alone in the Cariboo Hills, had laid himself down to die when he saw a Big Horn ram advancing along a ledge two hundred feet above his head. By H. Mortimer Batten14 min

IN 1950! The imagination leaps forward to the fulfilment of stupendous promises, to-day but half revealed. Will ships sail the ocean without fuel, trains traverse continents without engines, aeroplanes draw their motive power from the air; will the night be illuminated without the aid of coal.

JANE did not have wistful brown eyes; nor a retrousse nose; nor small scarlet lips; nor any of the other things that heroines ought to have. She did not bewitch one with her vivacity, nor make one want to paint her and call the picture “Dusk”; nor did she give one a sense of serenity when one was in her presence. By B. MacArthur11 min
December 11911