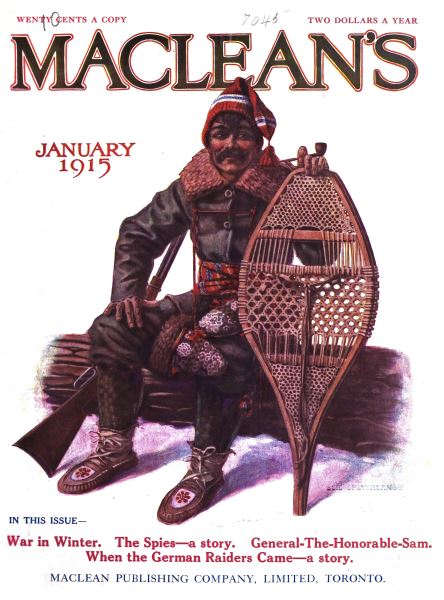 A Case of Equity 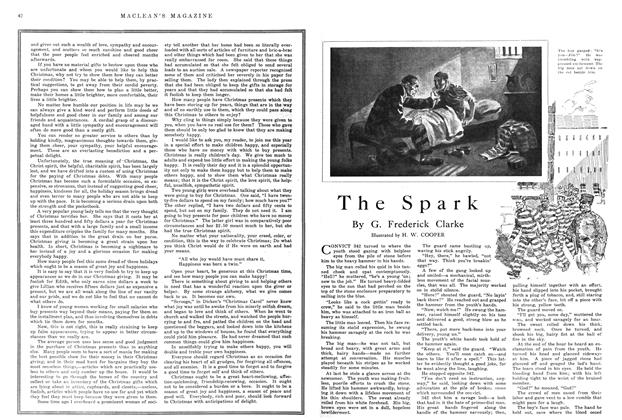 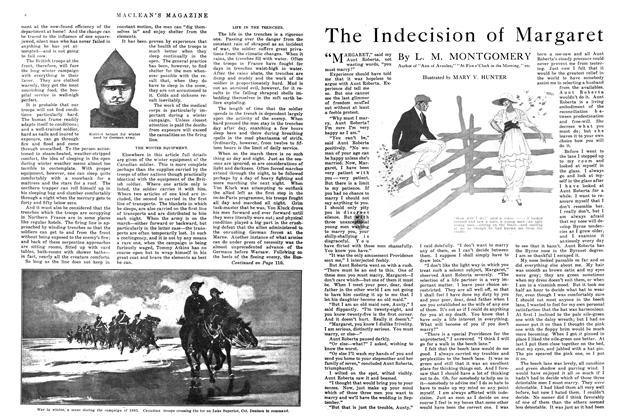 The Indecision of Margaret

A Case of Equity

THE clicked typewriter away in feverish monotony. The blonde with singular nonchalance piled sheet after sheet of the crisp typewritten copies of the testimony in the case of “People vs. Richard Travers,” president of the Union Gas Company.

CONVICT 342 turned to where the youth stood gazing with helpless eyes from the pile of stone before him to the heavy hammer in his hands. The big man rolled his quid in his tanned cheek and spat contemptuously. "Hell!” he muttered, “he’s a young ’un; new to the job.”

The Indecision of Margaret

"MARGARET,” said my Aunt Roberta, not wasting words, “you must marry!” Experience should have told me that it was hopeless to argue with Aunt Roberta. Experience did tell me so. But one cannot see the last glimmer of freedom snuffed out without at least a feeble protest.

When the German Raiders Came

THE first step toward the Great Project was taken in 1913. Meetings had been held in half a hundred American cities, and towns to hear the celebrated strategist and author, Von Barnhardt, explain how the conquest of Europe would be accomplished; and while listening to Von Barnhardt, the Great Project first suggested itself to the fertile mind of one, Professor Burgmaster, incumbent of the chair of modern history at the University of Milwaukee. By THOMAS BERTRAM21 min

Why Not Take a Winter Vacation?

An Article on the Possibilities of Winter Sport and Travel By Hugh S. Eayrs13 min

Private Cars: And Those Who Ride in Them

WHEN His Majesty King George V. in the days when he was still known only as H. R. H., the Duke of York, made his famous round-the-Empire trip thirteen years ago and as part of his itinerary traveled from ocean to ocean across Canada, there were built for his accommodation at the Angus Shops in Montreal, two palatial coaches. By W. A. CRAICK21 min

THE gas plant in the town of O—was for sale. O— lies between Toronto and Montreal and has just enough thousands of liberty-loving population to justify a drill-hall and a jail. President Bannerman, of the bond brokerage firm of Bannerman & Co., Toronto, stepped off the train at O— with the same sense of novelty that he applied to lacing his shoes. By ROBSON BLACK20 min

The Best Gift of All

I KNOW of a little girl who was greatly distressed because she had no Christmas gift for her grandmother. She had only four precious pennies which she had been a long time in saving, but she found that even if she spent these for a present she could not pay the postage on it, and so she decided to buy a two-cent stamp and spend the other two cents for a sheet of paper and an envelope, and this is the letter she wrote: “I have no gift to send you, my dear grandma, but I do want you to know that I love you, love you, love you, and here are a hundred kisses.” By DR. ORISON SWETT MARDEN11 min

The Making of Billy Ned

IT began, I suspect, some thousands of years ago when the Creator gathered a quantity of choice clay from the banks of an Eastern river and into it breathed a spirit: but certain scientists would have us believe that only six generations were responsible. By Justus Miller18 min

A Powerful Outline of the Reasons Behind the War

IT is a matter of common knowledge, one which a man must be blind and deaf not to understand, that for many years Germany, intoxicated by her success in war and by her increase of wealth, has regarded the British Empire with eyes of jealousy and hatred. By SIR. A. CONAN DOYLE9 min