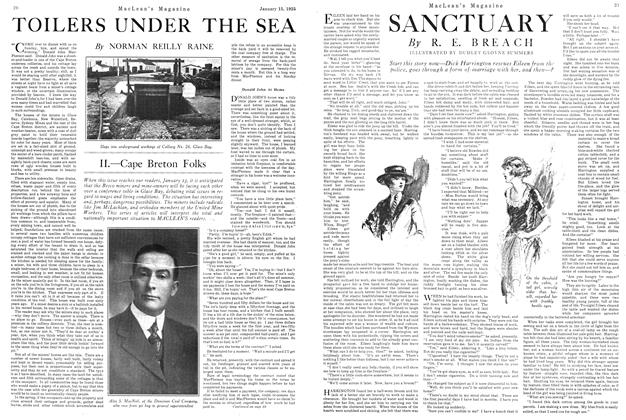 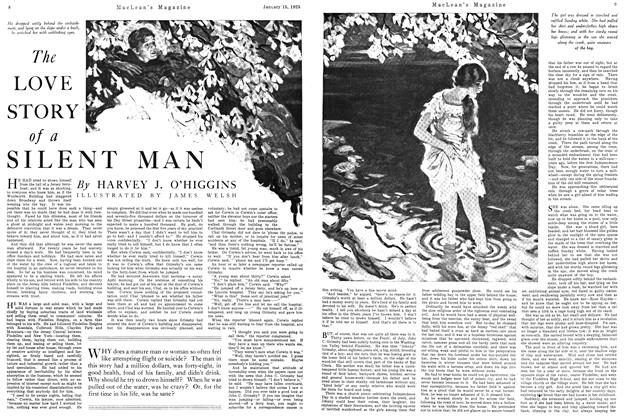 The LOVE STORY of a SILENT MAN 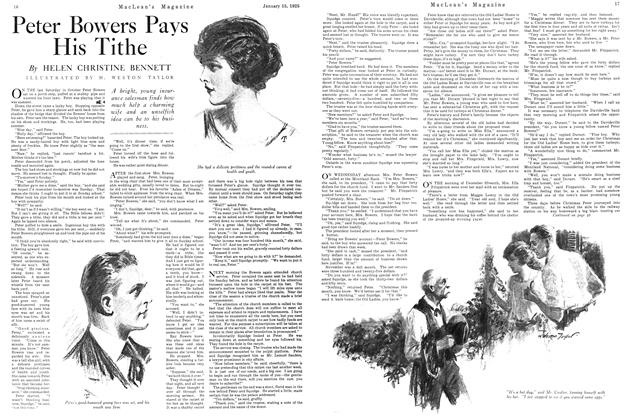 Start this story now—Dick Harrington rescues Eileen from the police, goes through a form of marriage with her, and then—?

The LOVE STORY of a SILENT MAN

HE from HAD the tried tail to of a drown Jersey himself ferryboat; and it was as shocking, to everyone who knew him, as if the Woolworth Building had staggered down Broadway and thrown itself weeping into the bay. It was impossible that he could have done such a thing—and yet there was no doubt that he had done it with forethought.

A bright, young insurance salesman finds how much help a charming wife and an unselfish idea can be to his business.

The Flagellant of Farthing Rock

Dour Sanders McCoul was the spirit of Farthing Rock incarnate. He had no mercy, even for his son —and least of all for himself. By J. H. GREENE25 min

TOILERS UNDER THE SEA

The Greatest “Skin” Game in the World

Have you a “phoney" fur in your home? The chances are that you have. This article will tell you about, some who have been fooled, and you can be numbered hereafter among the wise ones. By WILLIAM MACMILLAN14 min

EVA GAUTHIER, the distinguished Canadian mezzo soprano and song interpreter, stepped into the elevator after her concert. A man, bearing on his countenance evidence of an outdoor life stepped in behind her. “Pardon me, Miss Gauthier?” By DOROTHY G. BELL11 min

I WAS leaning up against the mantelpiece in a lounge suit which I had made out of old ice bags, and Beryl, my wife, was seated at my feet on a low Louis Quinze tabouret which she had made out of a finnan-haddock fishbox, when the idea of a bungalow came to both of us at the same time. By STEPHEN LEACOCK10 min

How I Found in Canada My Land of Opportunity

No. II—John Carsorso and K. Iwashita By JOHN NELSON9 min

What the Well-Dressed Bridge Table Will Wear By KATHERINE M. CALDWELL9 min
January 11925