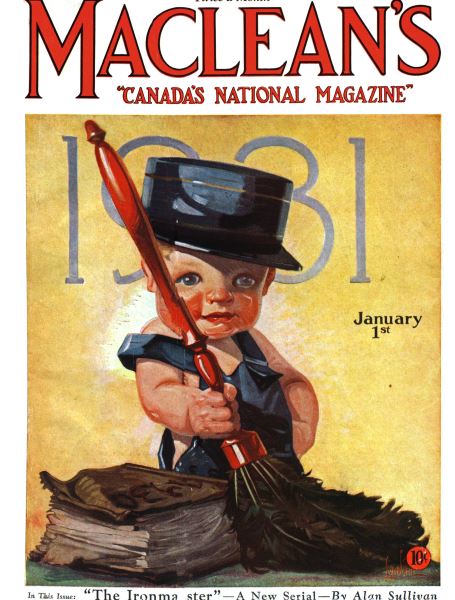 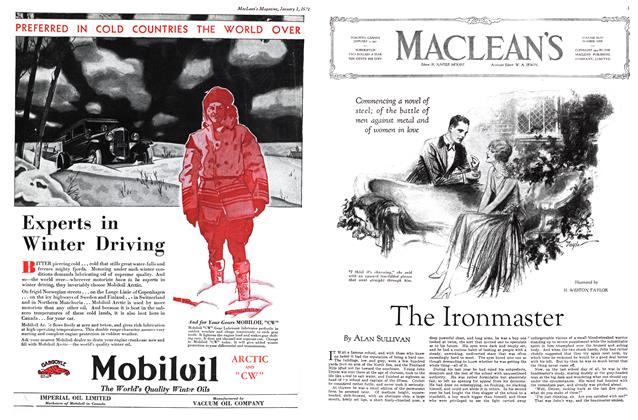 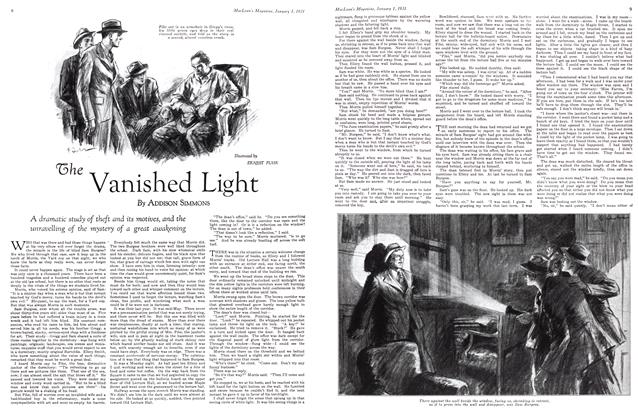 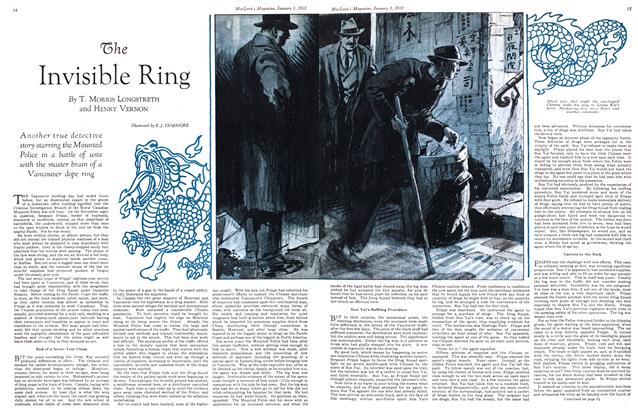 Commencing a novel of steel; of the battle of men against metal and of women in love

A dramatic study of theft and its motives, and the unravelling of the mystery of a great awakening

The Princes and the Shepherd

A tale of conquerors and the conquered, of an avenger’s bitter triumph and a wooing that withstood the siege of a great city By W. G. HARDY25 min

Grandpa McCann, old-time sailor, shows the younger generation how to handle a life-or-death emergency By FREDERICK B. WATT21 min

WHEN, twelve years ago, Gideon Decker Robertson became a member of His Majesty’s Privy Council, sitting in the Cabinet as Minister of Labor, there were gentlemen behind rosewood desks in marble offices who had visions of a sinister figure seated in a Red House in New Moscow on the banks of the Ottawa, the dictator of a Soviet Canada. By M. GRATTAN O’LEARY17 min

With so many good amateurs turning professional, can a Canadian team win another Olympic championship? By TED REEVE10 min

FOR most of us the passing of 1930 will be heralded with a sigh — of relief, not of regret. This statement will scarcely need elaboration, for the difficult and urgent economic problems of 1930 are still fresh in the memory, whether we be business leaders, workers and wage earners, or investors and speculators. By A. W. BLUE9 min
December 151930