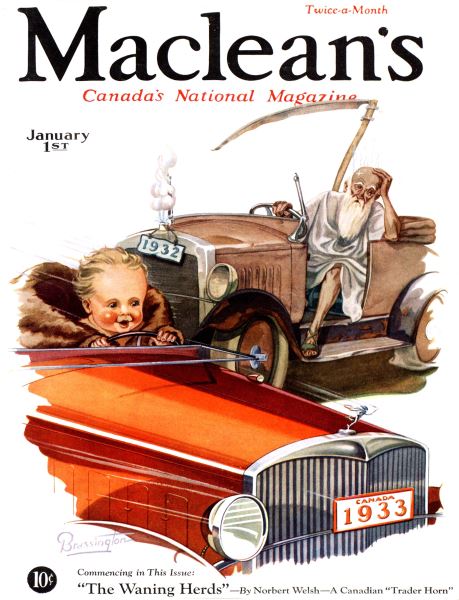 The YOUNG ARE SOMETIMES RIGHT 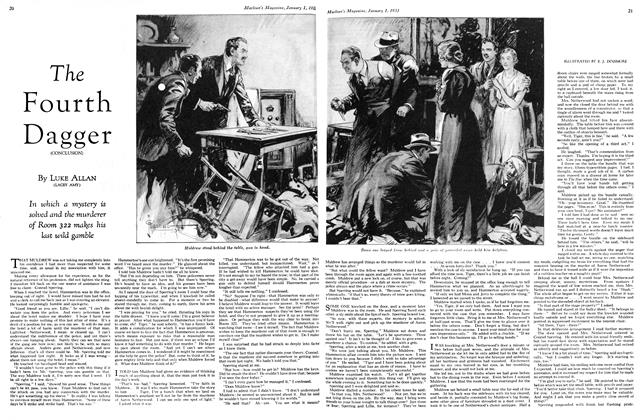 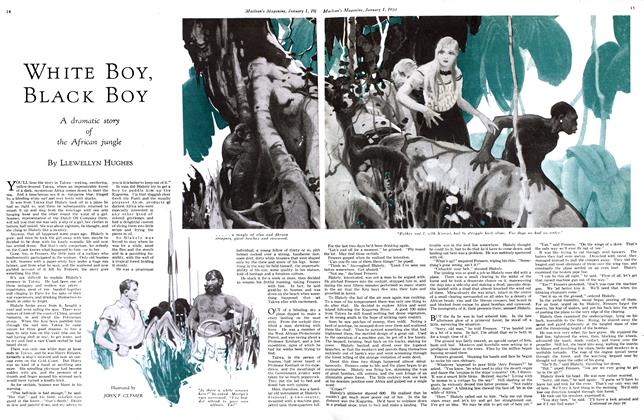 The YOUNG ARE SOMETIMES RIGHT

A dramatic story of the African jungle

The last of the buffalo hunters tells his story of a North-West in the making By NORBERT WELSH, Mary Weekes22 min

MR. HENRY BERTRAM, K.C., stood in the hall of a discreetly placea villa in St. John’s Wood, his face a shade flushed, his large, grey eyes slightly luminous. Close against him, with her arms round his neck, was a very pretty woman. “You won’t come to Paris?” he repeated. By ALAN SULLIVAN21 min

Says this writer: “We have reached the stage where conscions and deliberate management of national credit is essential to future progress” By G. G. McGEER19 min

A PARTICULARLY provocative article appeared in Liberty on December 3, 1932, under the heading, “Japan’s New Threat to the United States.” Two editorial captions convey its import. “Japan is now ready and is provoking us to a war for which, we are unready.” By LIEUT.-COL. GEORGE A. DREW17 min

They acclaimed him hero and yet his was a triumph bitter-sweet By A. W. SMITH14 min

IN SEPTEMBER, 1931, an unassuming young fellow from the United States entered the playing field of the Montreal rugby team and sought the privilege of practising with the redand blue-striped pigskin chasers. Good football players are always acceptable, but this particular applicant’s sport history was unknown and his physical frame so lacked the bulk and stature associated with mythical gridiron heroes that the Montreal officials paid little attention to him.