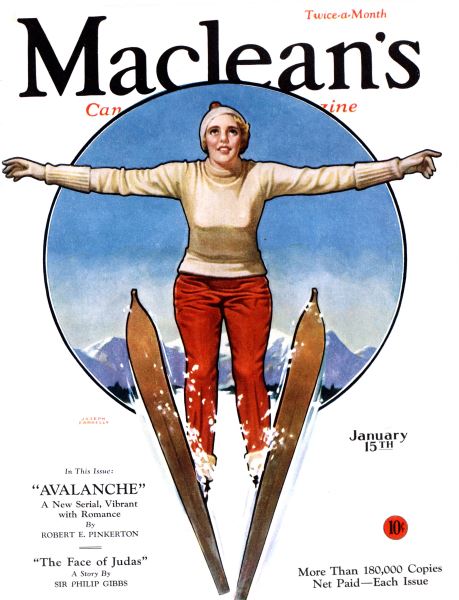 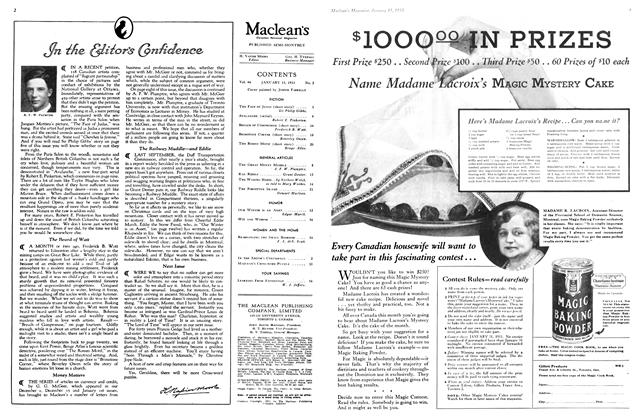 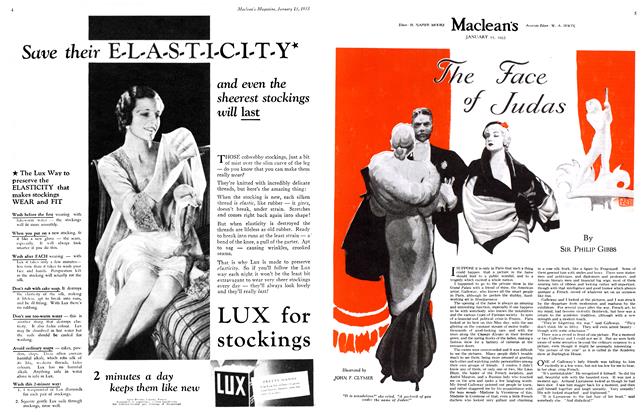 The Face of Judas 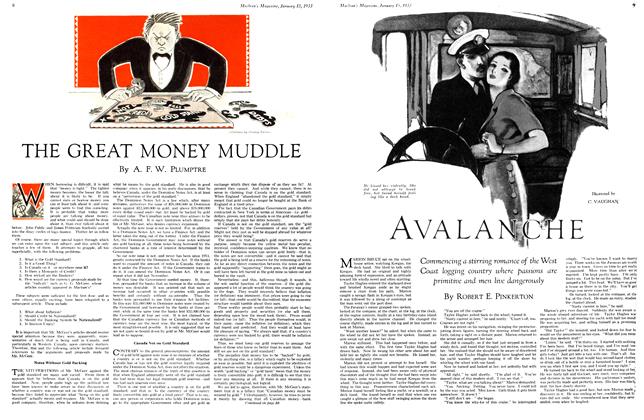 23
In The Editor's Confidence

IN A RECENT petition, 118 Canadian artists complained of “flagrant partisanship” in the choice of pictures and conduct of exhibitions by the National Gallery at Ottawa. Immediately, representatives of 459 other artists arose to protest that they didn’t sign the petition.

The Face of Judas

I SUPPOSE it is only in Paris that such a thing could happen—that a picture in the Salon should lead to a public scandal, and to a tragedy which excited a whole nation. I happened to go to the private show in the Grand Palais with a friend of mine, the American artist, Galloway, who knows all the smart people in Paris, although he prefers the shabby, hard-working set in Montparnasse

WHEN borrowing is difficult, it is said that "money is tight.” The tighter money becomes, the looser the talk about it is likely to be. If you cannot earn or borrow money you can at least talk about it; and some people seem to find this consoling. It is probable that today more people are talking about money.

MARION BRUCE sat on the wheel-house settee, watching Keegan, the deck hand. She liked to talk with Keegan. He had an original and highly amusing form of expression, and an attitude toward life wholly novel and often startling. Taylor Hughes entered the starboard door and brushed Keegan aside as he might remove a chair from his path. By ROBERT E. PINKERTON

Our Winter is an Asset

THE FALL and winter months are my favorite months, and I am fond of them. Along about the middle of August 1 begin to think yearningly of October and January—months in which blizzards roar and slush is piled knee deep; months during which snow pelts against the windows; months during which a happy fat man can stretch his feet out toward the deep grate fire and say: By EDGAR MARCH

CANADA'S Railway Problem—proclaimed the greatest single problem presently facing this country—is rapidly becoming a railway muddle. Last September the Duff Transportation Commission, after nearly a year’s intensive study, brought in a report widely heralded in the press as ushering in a new era in railway control and operation. By GRANT DEXTER

NO MORE,” protested Lindsay gently, attempting to release herself from Morley Strange’s arms without making a struggle of it. “It’s late. You don’t want your brother walking in on us, do you?” "Stop being a little Babbitt," he ordered, endeavoring to silence her with a kiss. By FREDERICK B. WATT

IT WAS NOW WINTER and I had to cross the river to find out what my men, who were hunting buffalo, were doing. The hunting camp was quite a distance from the river. It consisted of fifty or sixty lodges. The chief of the camp was One Arrow, who later became one of the signers of the Forts Carleton and Piet Treaty.

FROM early boyhood John Bullick and William Stevens had been rivals. A remarkable competition it had been, too. Neither, apparently, had ever tried to defeat the other on his own ground. Bullick was the head of Devonville's biggest store, and Stevens owned the foundry and sawmill, the town’s two most important industries. By BEVERLEY OWEN

KENT POWER was playing “The Dancer Dead" on a small grand piano to demonstrate to the young girl behind him why it should have won first instead of second prize in a recent contest for an original musical composition sponsored by a national broadcasting concern. By BENGE ATLEE
January 11933