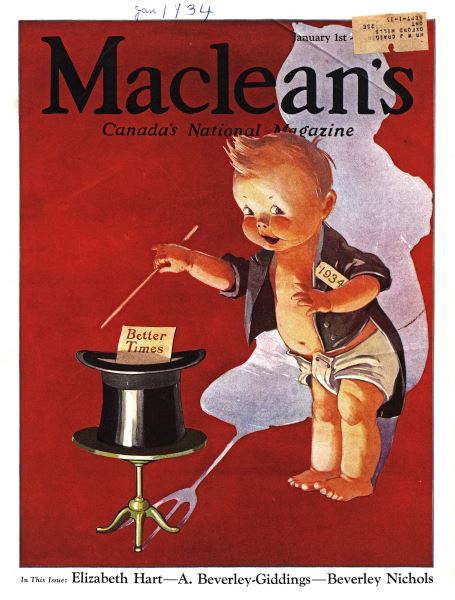 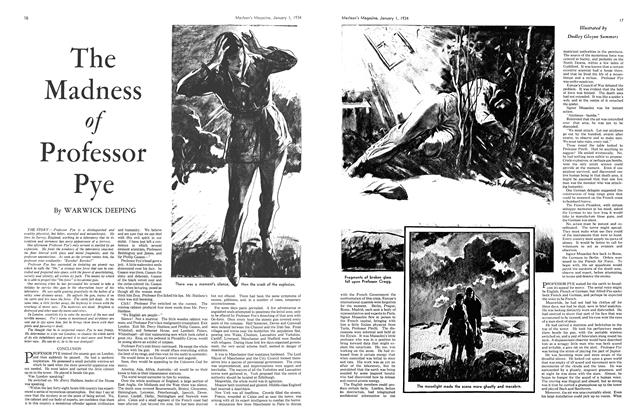 The Madness of Professor Pye 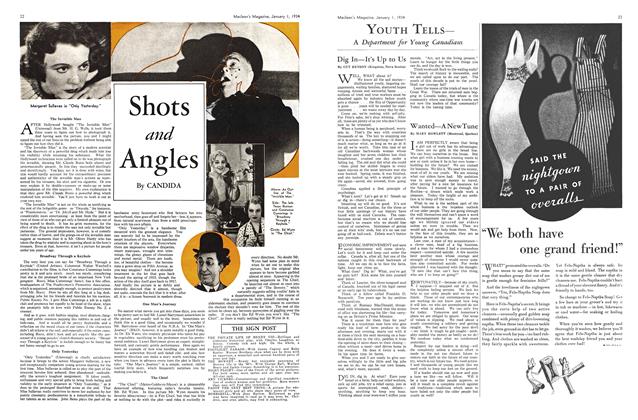 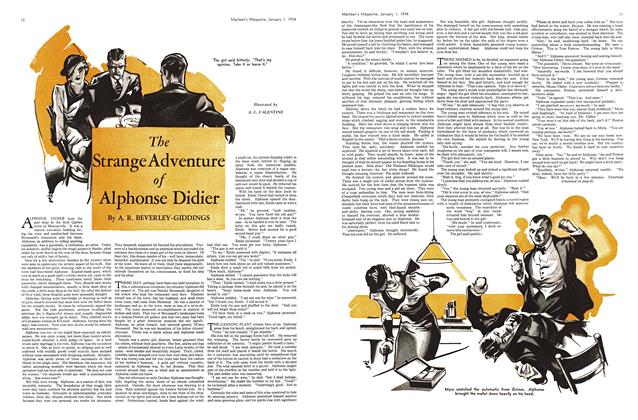 The Strange Adventure of Alphonse Didier

The Madness of Professor Pye

THE STORY:—Professor Pye is a distinguished and wealthy physicist, but bitter, scornful and misanthropic. He lites in Surrey, England, working in a laboratory that in its isolation and sternness has every appearance of a fortress. One afternoon Professor Pye’s only servant is startled by an explosion.

AFTER Hollywood bought “The Invisible Man” (Universal) from Mr. H. G. Wells, it took them three years to figure out how to photograph it. And having seen the picture, you and I might spend the rest of our lives on the problem without being able to figure out how they did it.

The Strange Adventure of Alphonse Didier

ALPHONSE DIDIER kept the gun shop in the little Quebec town of Moreauville. It was a narrow, two-story building facing the river and sandwiched between Broussard’s restaurant and the bank. Alphonse, in addition to selling sporting equipment, was a gunsmith, a craftsman, an artist.

By A. R. BEVERLEY-GIDDINGS28 min

How to Choose an Electric Stove

FOR PURE cussedness there is nothing quite like a worn-out range with an oven that burns the bottom crust and produces a top of anaemic paleness. Or one that blackens all the biscuits in one corner or throws as much heat into the kitchen as it holds behind the door, or—but you know all about it if you’ve ever struggled with one. By HELEN G. CAMPBELL5 min

YOU WILL NOT really do this mad thing?” said Professor Schroeder beseechingly. The man across the table raised his eyebrows. “Mad?” he repeated mockingly. “An instructive, sight-seeing expedition on that char-à-banc yonder? You will be warning me next, Herr Professor, against the perilous hazards of lawn croquet.” By Elizabeth D. Hart22 min

WELL, WHAT about it? We know all the sad stories— disillusioned youth, lingering engagements, wailing families, shattered hopes weeping Annies and sorrowful Sams . . . millions of tried and true workers must be absorbed again by industry before youth gets a chance . . . the Era of Opportunity is gone . . . years will be needed for readjustment ... we waste away day by day.

THERE WAS a time when in each January I issue we wished everybody A HAPPY AND PROSPEROUS NEW YEAR. Last year and the year before we wished everybody just A HAPPY NEW YEAR, feeling that it might be wise to leave no room for a comeback should PROSPERITY get stuck round the wrong corner.

IT WAS A GREY, dismal afternoon when I set out for the offices of Anti-Gas Ltd. * It was the second day of the new year. The sky was heavy with rain unshed, and the wind had a whine in it, as though the last funeral rites of 1932 were still being fulfilled, round the corner. By Beverley Nichols13 min

MR. JAMES ARMSTRONG RICHARDSON lives in Winnipeg, is head of a grain company called James Richardson and Sons, and was publicly regarded as the Midas of the West until he went off the gold standard. In the ten years between 1919 and 1929 he accumulated probably more money than any other man in Canada has made during a similar period, and then proceeded to demonstrate he could travel in reverse with equal celerity. By R. T. L.4 min

AT THE Jolly Ploughboy, where, in the snug and heart-warming sanctuary of the bar his elbow had long since worn a shining hollow, Alf Stamm was hailed as “Captain” and treated by the villagers and even the gamekeepers with the awe and deference due his proud station. By LOUIS ARTHUR CUNNINGHAM13 min

Just What Do You Mean By Streamlining?

WIND RESISTANCE exacts a gasoline tax from Canadian motorists which averages annually between twenty and twenty-five dollars per capita. Half the power developed by the engine of a conventional car—half the gasoline it consumes—is used in overcoming wind resistance at forty miles per hour. By WARREN B. HASTINGS11 min

WHEN VANCOUVER consisted of but four shacks, he lived in the fourth. That was more than seventy years ago. Today he still lives in Vancouver, and Vancouver is a city of skyscrapers. Which just goes to show what four shacks can grow into. His name is John Henry Scales, and last summer he was seventy-eight years old. By E. E. PUGSLEY3 min

A School for Jailers