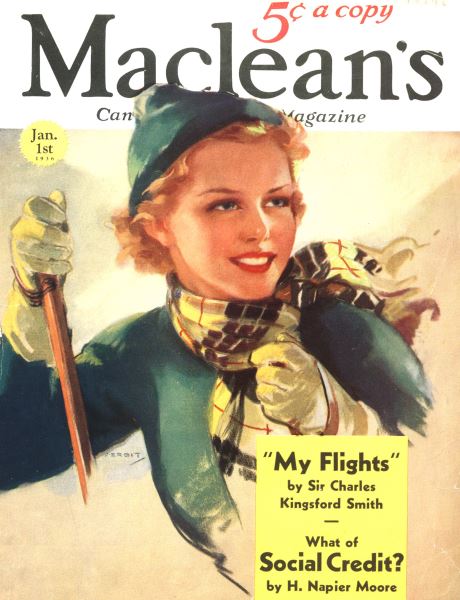 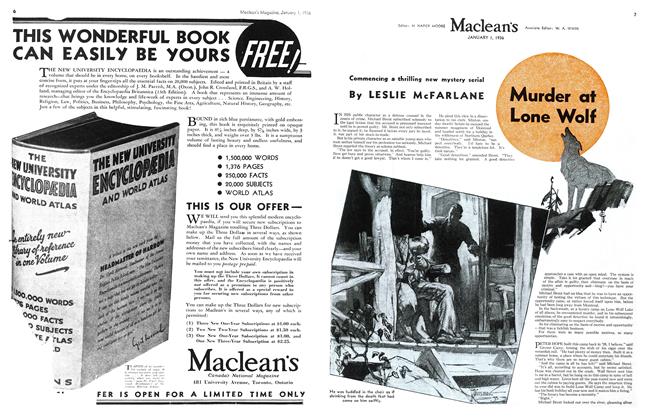 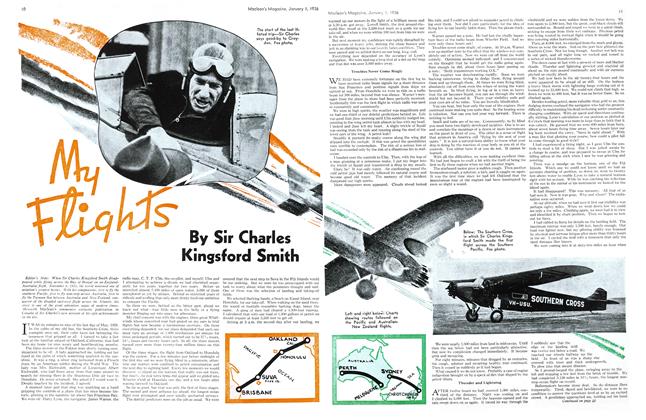 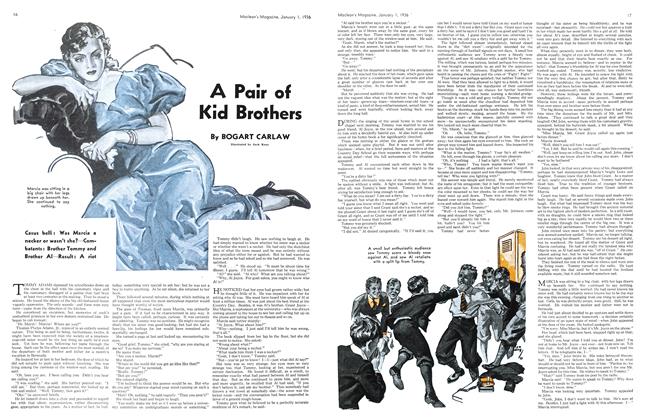 A Pair of Kid Brothers

IT WAS six minutes to nine of the last day of May, 1928. In the cabin of my old bus. the Southern Cross, three youngish men sat, their calm faces not betraying the tenseness that gripped us all. I turned to take a last look at the familiar airport of Oakland, California, that had been my home for nine weary and heartbreaking months.

A Pair of Kid Brothers

Casus belli: Was Marcia a necker or wasn’t she?—Combatants: Brother Tommy and Brother Al—Result: A riot

A true saga of the romantic West By CHARLES CLOWES19 min

What of Social Credit?

Is Pro Hockey "on the level"

YOU WILL recall that late last March, Boston Bruins and Toronto Maple Leafs were playing a series of games to decide the National Hockey League championship. Boston had won the first contest, Toronto had taken the next two, the series would be concluded when either team obtained three victories. By H. H. ROXBOROUGH11 min

The City That Nickel Built

THE BUSIEST, most prosperous, most colorful small city in Canada! That’s Sudbury, metropolis of the nickel district. The city of the full dinner-pails—thousands of them. An all-night town. The city that knew depression first and knows it no more. By ARNOLD GRAHAM8 min
December 151935