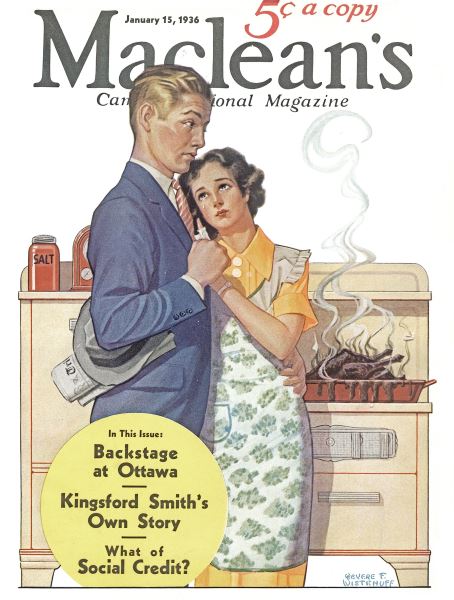 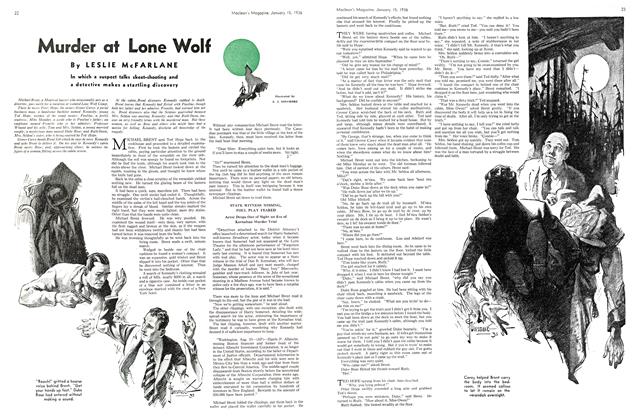 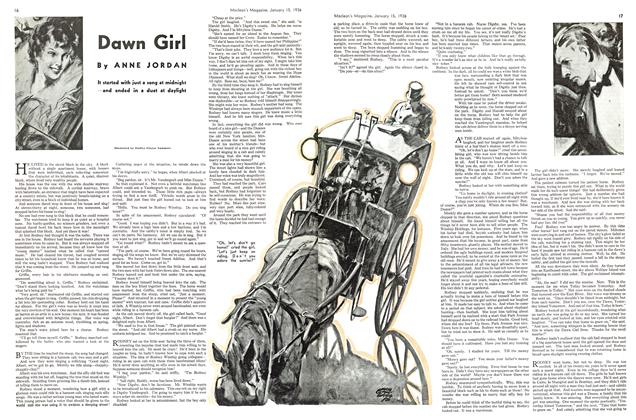 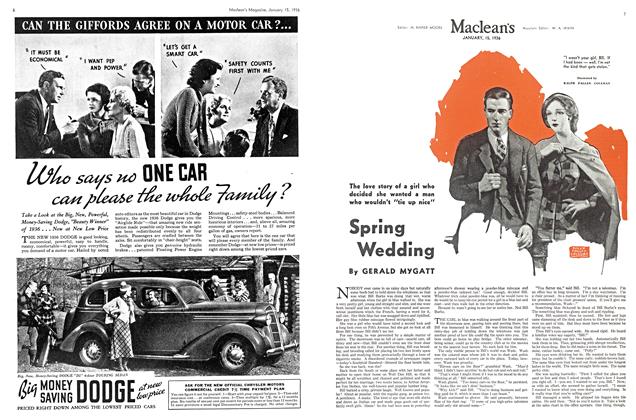 MICHAEL BRENT sent Ted Hope back to the cookhouse and proceeded to a detailed examination. First he took the lantern and circled the cabin, paying particular attention to the ground immediately in front of the verandah on the river side. Although the soil was spongy he found no footprints.

HE LIVED in the nicest block in the city. A block without a single apartment house, with houses that were individual, each reflecting somewhat the character of its inhabitants. A quiet, discreet block, where lived very wealthy people. His house was the one with the wide double stairway leading down to the sidewalk.

NOBODY ever came in on rainy days but naturally some boob had to hold down the telephone, so that was what Bill Burke was doing that wet, warm afternoon when the girl in blue walked in. She was a very pretty girl, young and straight and slim, and she wore both herself and her clothes with that assured and unconscious jauntiness which the French, having a word for it, call chic.

I WANT to tell next of the regrettable bit of fate that marred the start of a flight to England from Australia in the a Southern Cross. We were to hop from Wyndham and set out with a thoroughly overhauled plane, good weather reports and good hope.

MISS BETTINA WILKINS, Sioux Landing, Ontario. Dear Betty: I thought you would like to know that I am here in training camp with the Bostons, in spite of the fact that you and your mother probably hope I am fired and on my way back to make a living, being an amateur hockey player again. By LESLIE ROBERTS

What of Social Credit?

THE DAY after fifty-four per cent of the voting population of Alberta put William Aberhart and his Social Credit party into office, some of the forty-six per cent who had not voted for basic dividends went to their banks and transferred their savings accounts outside the province, mainly to Vancouver. By H. NAPIER MOORE

THE YEAR 1863 seems to have been a banner one for Indian murderers on the coast of British Columbia, and the name of A-chu-wun, chief of the Penelakits, a branch of the Cowichan tribe, stands out as that of the archcriminal. Not only on the testimony of other Indians and white men but on his own boasted'admission, he was guilty of the wanton killing of eleven white settlers, ten chiefs and an uncounted number of other natives. By N. DE BERTRAND LUGRIN

IN EARLY February, in the snow-covered valley of Garmisch-Partenkirchen, set between cloud-piercing ranges of the Bavarian Alps, there will be a muster of the world’s most capable winter-sport competitors. Five hundred athletes from nearly twenty-five countries will participate in the opening parade in the GarmischPartenkirchen Olympic Ice Stadium that will usher in the Fourth Olympic Winter Games. By H. H. ROXBOROUGH

MR. KING has taken down his Laurier House Christmas tree, his Ministers are back at their desks, and within a fortnight Parliament will be sitting again, like an unpredictable hen, hatching out legislation. Already a number of statesmen, bursting with zeal of an infinite variety, are arriving in our midst. By A POLITICIAN WITH A NOTEBOOK

INTERNATIONAL spy pictures, even the poorer ones, are always bound to be fairly exciting, and “Rendezvous” happens to be one of the good ones. Its hero (William Powell) is a code expert and very useful to Washington. The time is the late war. By ANN ROSS
January 11936