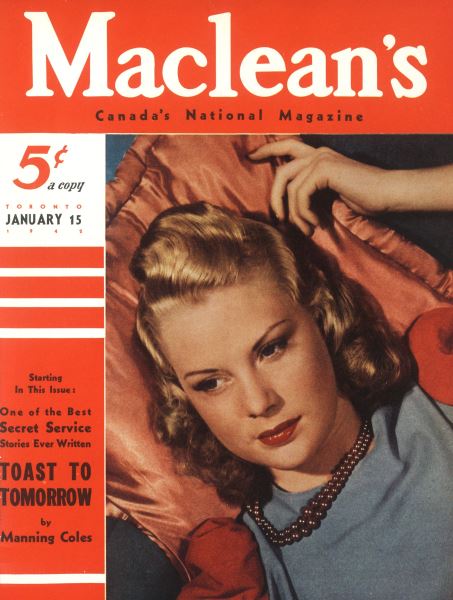 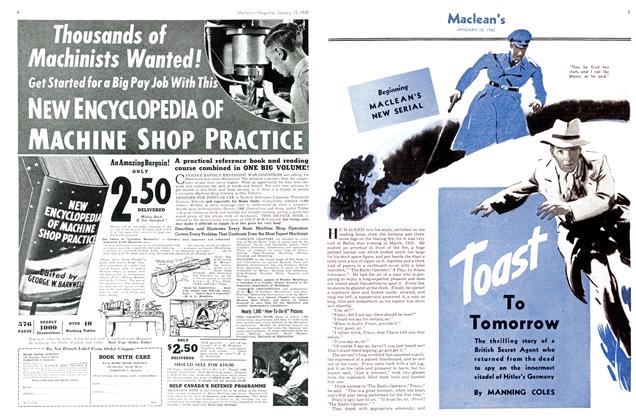 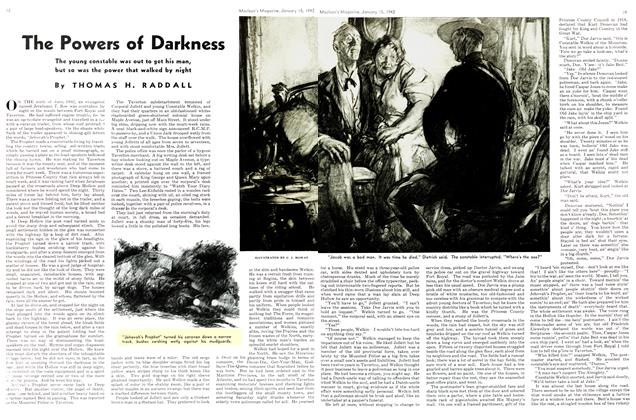 The Powers of Darkness

Doodads on the Doohickey

The Powers of Darkness

The young constable was out to get his man, but so was the power that walked by night

Doodads on the Doohickey

Concerning Oglethorpe Frisbie, architect, and his client, George Teeter—They set out to build a Dream Bungalow and landed in the doghouse

TEN THOUSAND British Columbia fishermen are toiling this winter through gales and snow and sleet, sometimes for twenty-four hour stretches, to collect from the increasingly unpacific waters of the Pacific Ocean the equivalent of 1,700,000 cases of canned herring, each case containing forty-eight one-pound cans. By LAWRENCE CRAIG12 min

"The future is dim . . . but the people go dourly and doggedly on . . . fuller of fight than ever" By DOUGLAS REED11 min

THOUGH Canada is now at war with six countries—Germany, Italy, Japan, Finland, Roumania and Hungary — Ottawa externally, at least, remains what somebody once called the “quietest capital in Christendom.” No doubt Pearl Harbor and all that has come since, plus a rising tide of demand for compulsory military service, have made an impression on Mr. King and his cabinet, but there are no external signs of drastic reaction to the new crisis. By THE MAN WITH A NOTEBOOK8 min

THE GAIN AND BARE IT SECTION
January 11942