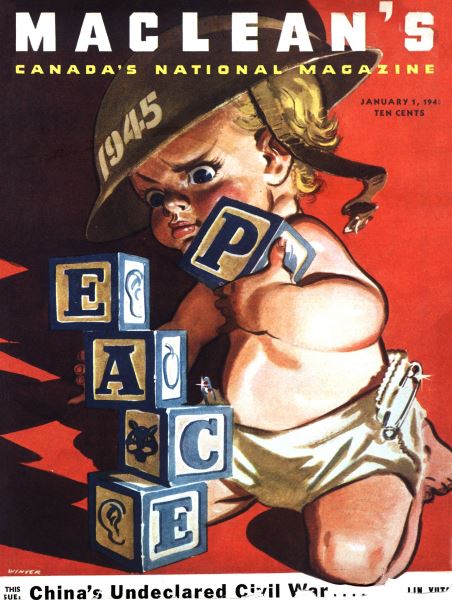 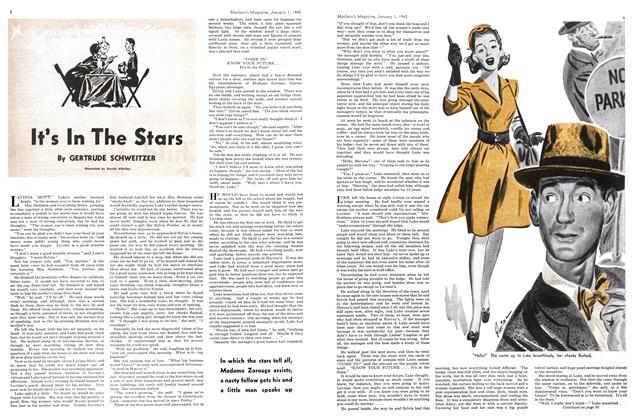 It's In The Stars 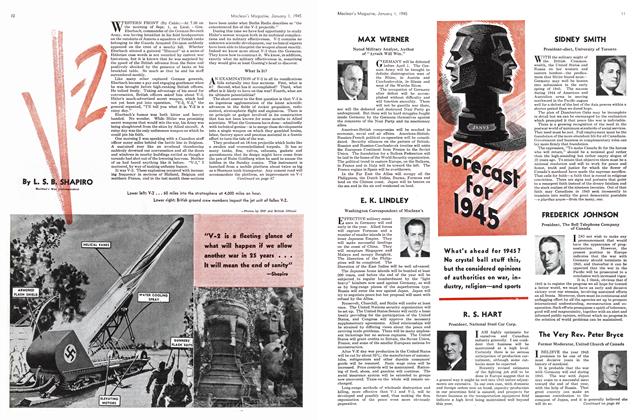 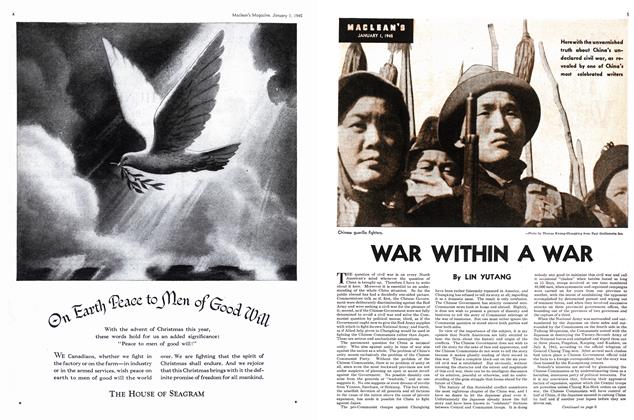 WAR WITHIN A WAR

It's In The Stars

In which the stars tell all, Madame Zoroaga assists, a nasty fellow gets his and a little man speaks up

What's ahead for 1945? No crystal ball stuff this, but the considered opinions of authorities on war, industry, religion—and sports

WAR WITHIN A WAR

Herewith the unvarnished truth about China's undeclared civil war, as revealed by one of China's most celebrated writers

New faces for old—yes, and restored personalities too... The fascinating story of the wonders being wrought by modern plastic surgery By A. E. POWLEY15 min

Civilian passengers on a Navy ship! Like a blinkin’ passenger line, swore the Chief Gunner’s Mate . «. But that was before young Georgie went overboard By JOHN RHODES STURDY14 min

What’s behind Quebec’s attitude on the war, the Empire and Canadian unity? Herewith a frank answer by a FrenchCanadian nationalist By ROGER DUHAMEL14 min

You want to reduce?— Well, so did "Slim" Sinclair, who finally took steps, his old duckhunting underwear and Frankenstein’s massage. It’s a laugh By Gordon Sinclair14 min

Your Child and Sex

Sex is an appetite, like hunger. We teach our children table manners but evade teaching them sex manners—which is most unwise, says this noted psychologist

Sidney Smith, U. of T.’s presidentelect is no absent-minded professor ... He remembers first names and is really a "man you’d warm to" By THELMA LECOCQ11 min