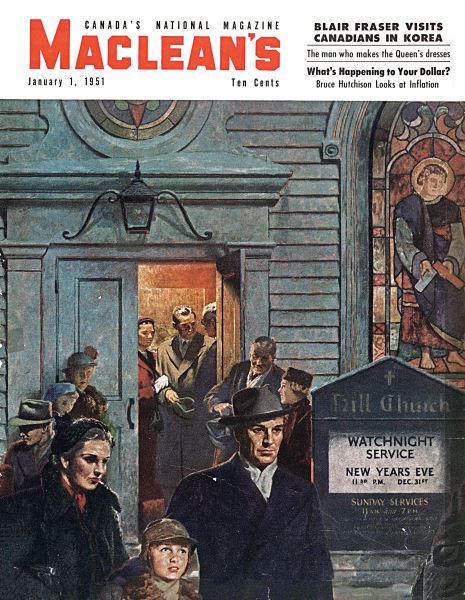 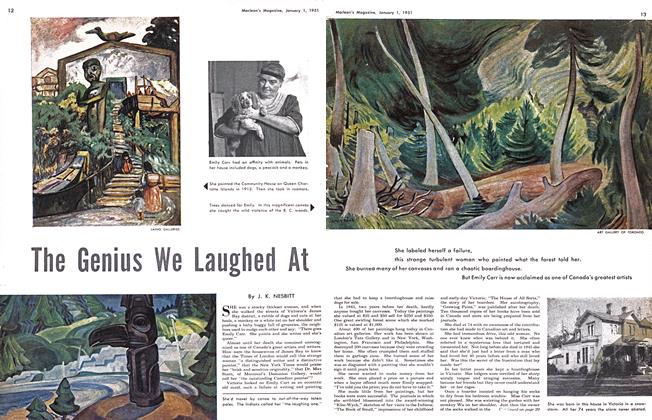 The Genius We Laughed At 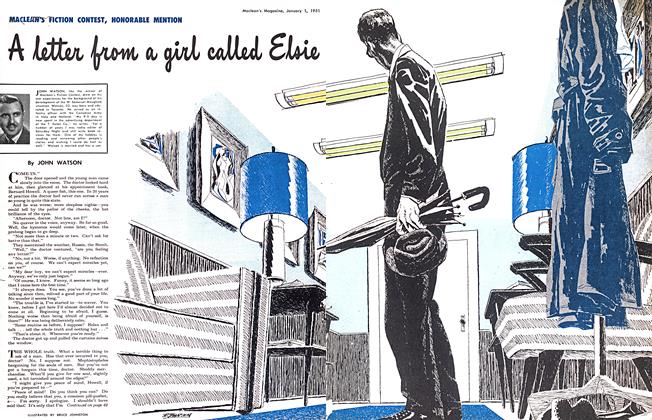 A letter from a girl called Elsie 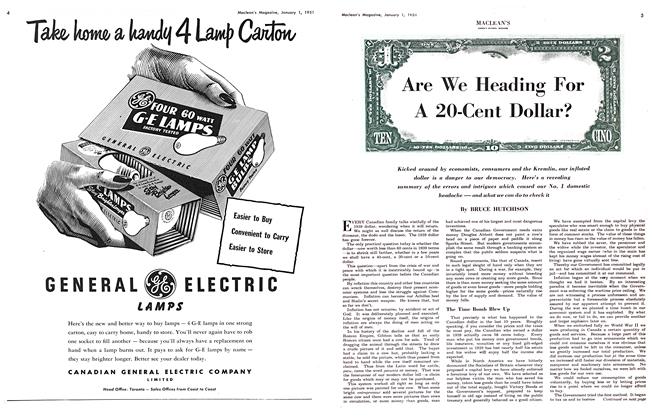 Are We Heading For A 20-Cent Dollar?

The Genius We Laughed At

She labeled herself a failure, this strange turbulent woman who painted what the forest told her. She burned many of her canvases and ran a chaotic boardinghouse. But Emily Carr is now acclaimed as one of Canada’s greatest artists By J. K. NESBITT13 min

A letter from a girl called Elsie

COME The IN.” door opened and the young man came slowly into the room. The doctor looked hard at him, then glanced at his appointment book. Bernard Howell. A queer fish, this one. In 20 years of practice the doctor had never run across a man so young in quite this state.

Are We Heading For A 20-Cent Dollar?

Kicked around by economists, consumers and the Kremlin, our inflated dollar is a danger to our democracy. Here’s a revealing summary of the errors and intrigues which caused our No. 1 domestic headache — and what we can do to check it

Never before have two generations been so divided. Our teen-agers, caught in a whirl of fast and complex living, rebel against the dictums of an adult world. This frank and searching report shows how this family crisis affects the lives of most Canadians By SIDNEY KATZ14 min

WIN OR LOSE, THE RUSSIANS MAY GET KOREA

Even as parts of the cold, unfriendly country changed hands for the third time it was obvious that one thing wouldn’t change in Korea: Its people didn’t like Syngman Rhee’s police rule much better than they liked the Reds By BLAIR FRASER14 min

LOOK OUT! HERE COMES THE SERGEANT-MAJOR

But he isn’t the roaring, swashbuckling, mustache-twirling tyrant of a soldier’s worst dreams. The modern regimental sergeant-major doesn’t blow his top. Yet Sam Heinrich still gets exactly what he wants from both officers and rankers By McKENZIE PORTER13 min

TIARAS IN THE MORNING

SHAKESPEARE, who left, almost nothing unsaid, declared that some are born great, some achieve greatness and some have greatness thrust upon them. After the experiences of this morning I can modestly claim that whether or not I was born to greatness I have at last had it thrust upon me. By Beverley Baxter10 min

Here’s What’s Happened to Your Buck

Through the maze of inflation theory conies the unpalatable fact that Canada’s dollar is now worth 58 cents, compared with its 1939 value. Even so, most of us are living much better than we did before World War II By SIDNEY MARGOLIUS10 min

THE BEST movies shown in Canada in 1950 were slightly better, in my opinion, than the best of 1949. And 1950’s worst films, by the same happy token, seemed to me somewhat less bad than their dismal precursors of a year ago. I am not yet utterly convinced of the accuracy of the industry’s current slogan, “Movies Are Better Than Ever,” but I do agree that any customer willing to “shop around” for his films has a pretty good chance of finding some worthy ones if he looks carefully. By CLYDE GILMOUR7 min
December 151950