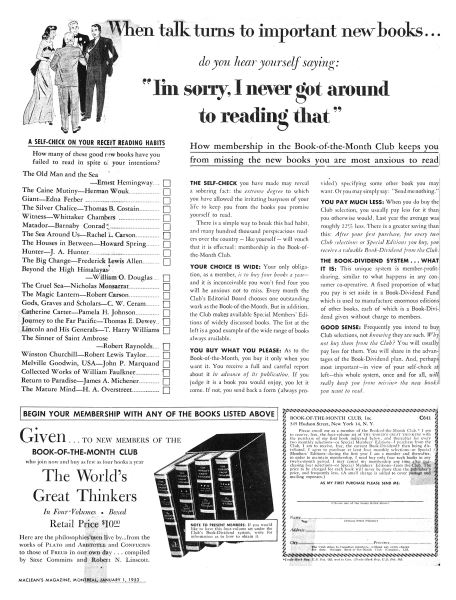 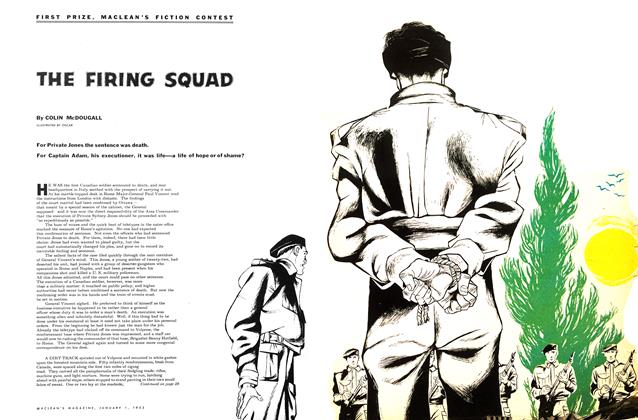 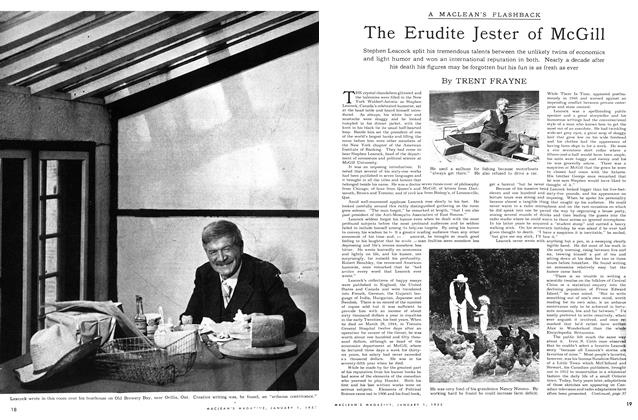 The Erudite Jester of McGill 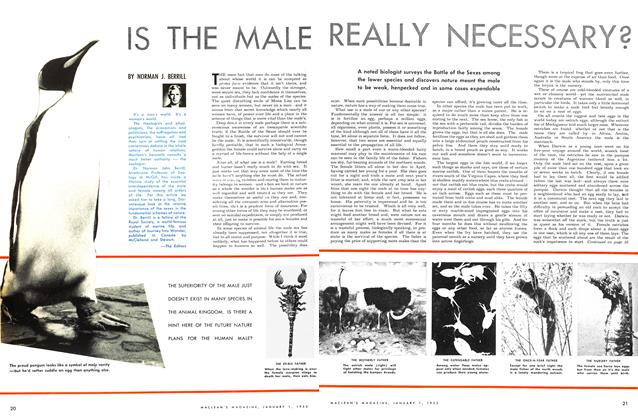 IS THE MALE REALLY NECESSARY?

HE WAS the first Canadian soldier sentenced to death, and rear headquarters in Italy seethed with the prospect of carrying it out. At his marble-topped desk in Rome Major-General Paul Vincent read the instructions from London with distaste.

The Erudite Jester of McGill

Stephen Leacock split his tremendous talents between the unlikely twins of economics and light humor and won an international reputation in both. Nearly a decade after his death his figures may be forgotten but his fun is as fresh as ever

IS THE MALE REALLY NECESSARY?

A noted biologist surveys the Battle of the Sexes among the lower species and discovers nature meant the male to be weak, henpecked and in some cases expendable

IS IT TRUE WHAT THEY SAY ABOUT GORDIE?

Does Howe rate as the greatest player alive? Is he plain lucky to skate with a great line? While the experts argue the shy superman from Saskatoon calmly goes on netting the puck with both hands and watching his salary soar By BARNEY MILFORD14 min

THE WIND THAT BRINGS JUNE IN JANUARY

When the Chinook blows on Alberta lilacs bloom, bears quit their dens and young men begin writing poetry months ahead of schedule By BARBARA MOON14 min

THE SECRET NIGHTMARE OF EUROPE

ACROSS the face of Western Europe, from Oslo to Lisbon, a startling piece of diplomatic intelligence is widely known, widely feared and deeply pondered. But it is never uttered. It is often hinted at. Sometimes a statesman experiencing a burst of courage will approach it in high-sounding phrases as did Canada’s Lester B. Pearson in his acceptance speech as president of the UN General Assembly: By LIONEL SHAPIRO12 min

Are We Pulling Our Weight Overseas? By BLAIR FRASER9 min

These Were The Ten Best By CLYDE GILMOUR6 min