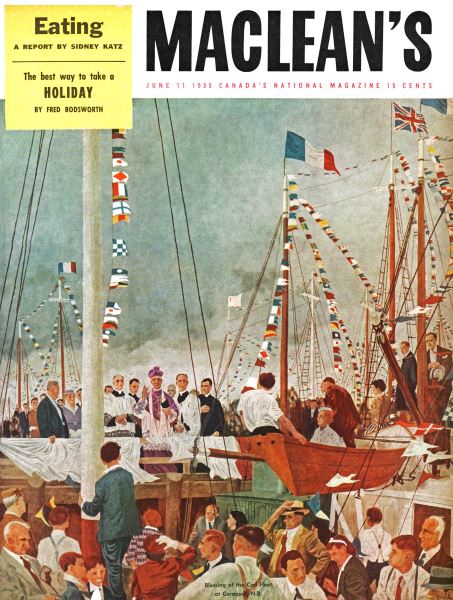 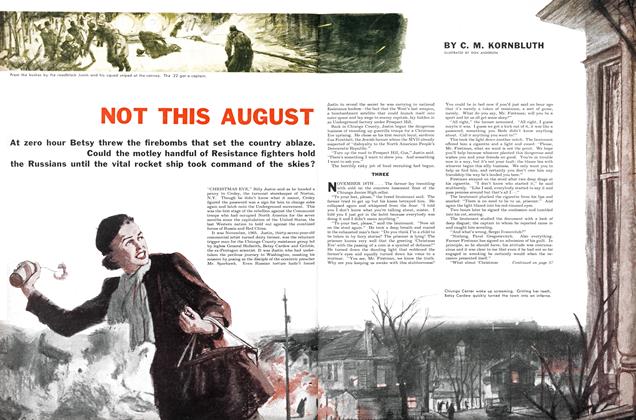 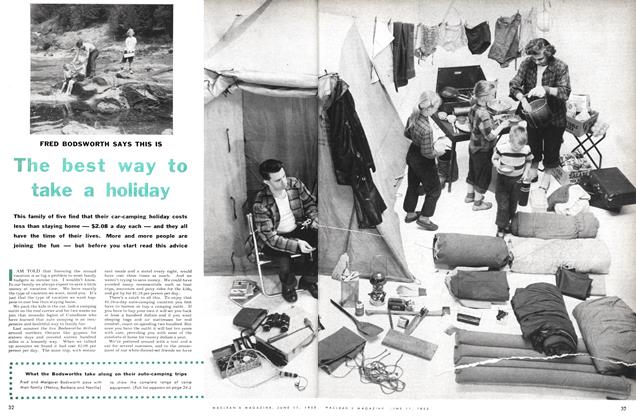 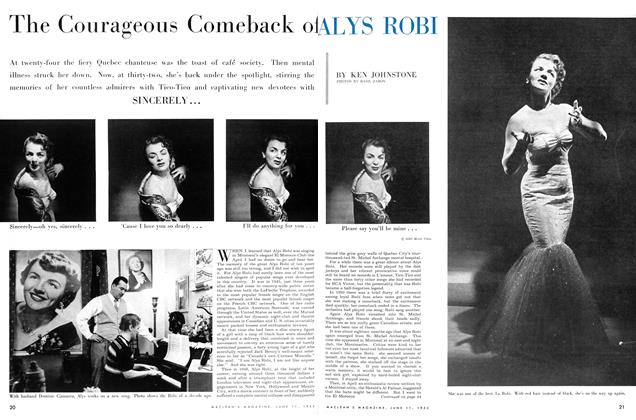 The Courageous Comeback of ALYS ROBI

“CHRISTMAS EVE,” Billy Justin said as he handed a penny to Croley, the turncoat storekeeper of Norton, N.Y. Though he didn’t know what it meant, Croley figured the password was a sign for him to change sides again and latch onto the Underground movement.

I AM TOLD that financing the annual vacation is as big a problem to most family budgets as income tax. I wouldn’t know. In our family we always expect to save a little money at vacation time. We have exactly the type of vacation we want, mind you.

The Courageous Comeback of ALYS ROBI

WHEN I learned that Alys Robi was singing in Montreal’s elegant El Morocco Club this April I had no desire to go and hear her. The memory of the great Alys Robi of ten years ago was still too strong, and I did not wish to spoil it. For Alys Robi had surely been one of the most talented singers of popular songs ever developed in this country.

How long can the Earth keep us Eating?

WHEN YOU sit down to dinner tonight you may be startled to know there are about thirty-five thousand more persons in the world than when you had your breakfast. We are loading the earth with humanity at an everincreasing rate and with a disregard for consequences that any stockraising farmer would consider shameful. By NORMAN J. BERRILL PROFESSOR OF ZOOLOGY, MCGILL UNIVERSITY

The Lawyer who never wins a Case

LAST YEAR when the National Film Board was shooting a movie called Problem Clinic, which told about free legal aid in York County, Ont., the big court scene actually took place in a Toronto City Hall courtroom. And the actors were the real court officials in the roles they play every day. By MAX ROSENFELD

AS A small boy struggling through his piano lessons, Osmond Kendall had a recurring wish-dream: he sat at the machine and the melodies he imagined came flooding magically from his fingers, by-passing the keyboard that took so much practice and dexterity. By ALAN PHILLIPS

THERE ARE few Canadians today who have not been caught up in what Louis Untermeyer, a contemporary poet, calls “the rapture and response of food.” Last year, partly because of a revolution in our eating habits, we spent an unprecedented $2.2 billions on dishes that ranged all the way from Japanese smoked oysters to fast-frozen chicken chow mein (both readily available at the corner supermarket). By SIDNEY KATZ

IT’S A safe bet that no person in Canada has been more closely identified with dogs so long, or understands them so well, as a wiry extroverted little woman of fifty-three named Alva McColl, who is president of the Canadian Kennel Club. Back in 1924 Robert McColl, a Scot from Alva Glen, bought his wife her first pet, a German shepherd named Pat who is now buried beside him in West Hill Cemetery, just outside Toronto. By DOROTHY SANGSTER

Are we Eating too much?

LAUGH and grow fat,” poet John Taylor advised in the seventeenth century. Poet John Dryden, in the same century, was determined to “grow fat and look young till forty.” Their contemporary, the artist Rubens, stirred male fancies with his paintings of pear-shaped women, (“Paint them plump,” he told his students) and a hundred years later Sir Walter Scott coupled the words “fair” and “fat” in the phrase “fair, fat and forty.”

AMONG the crews bringing a blacked-out convoy warily toward Halifax in the summer of 1943 were those loneliest among our allies —Norwegians who had escaped to England and now were fighting the battle of the convoys without a port of their own to come home to. By NORMAN CREIGHTON
May 281955