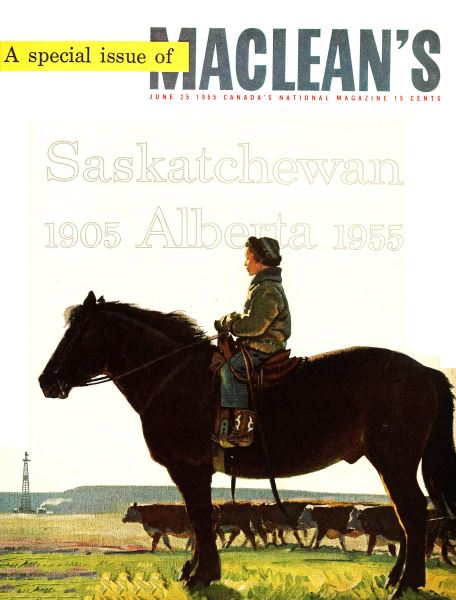 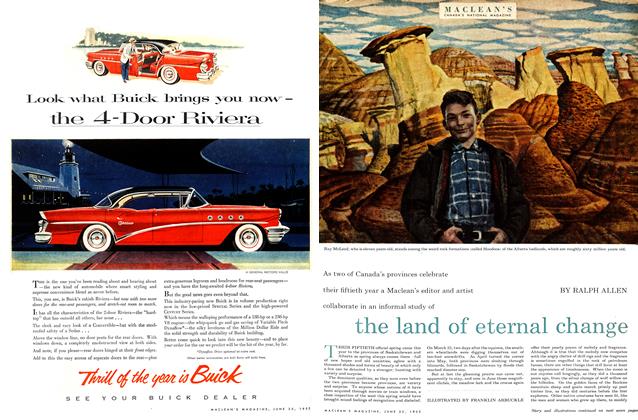 the land of eternal change 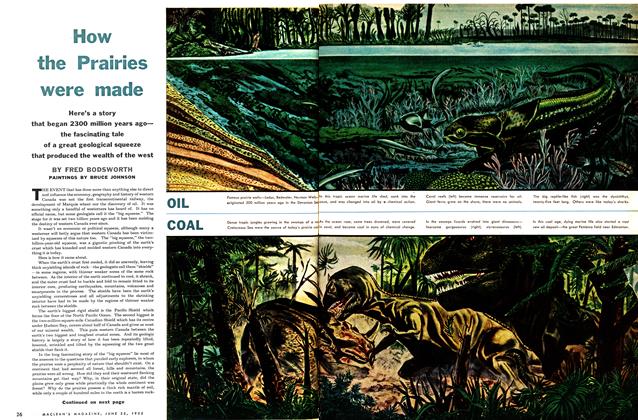 How the Prairies were made 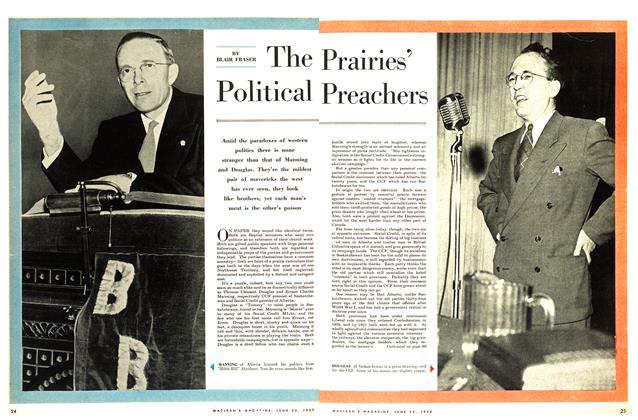 the land of eternal change

How the Prairies were made

ON PAPER they sound like identical twins. Both are Baptist ministers who went into politics as an extension of their church work. Both are gifted public speakers with large personal followings, and therefore both are regarded as indispensable props of the parties and governments they lead.

This year the sober citizens of Calgary will whoop it up again as they revive an era that never really existed. Robert Collins takes you step by step through the year-long buildup

Over at the Crocus school, Miss Henchbaw set the class to writing a Fiftieth Anniversary essay. The Kid decided that it was time the whole prairies met By W. O. MITCHELL16 min

What would the West be like without the Gopher?

Sure, he eats a fortune in wheat Sure, he makes a coal mine of the garden Sure, he’s dumb as . . . well, even dumber BUT, asks Robert Collins, Maclean’s prairies editor

WHEN THE editor of Maclean’s asked me, as your London correspondent, to write a special feature on the Canadian north for the special issue of last November I felt that, as was the case with the Light Brigade, someone had blundered but it was not for me to reason why. By Beverley Baxter8 min

67
BACKSTAGE In The West

Where Politics are stranger than Fiction By BLAIR FRASER8 min

THIS special issue celebrating the fiftieth birthday of Canada’s two youngest western provinces was just going to press when we ran across one we’d never heard of before, as recorded in the Ottawa Journal’s story about a recent capital conference attended by delegates from all provinces “except Newfoundland and Prince Albert.”