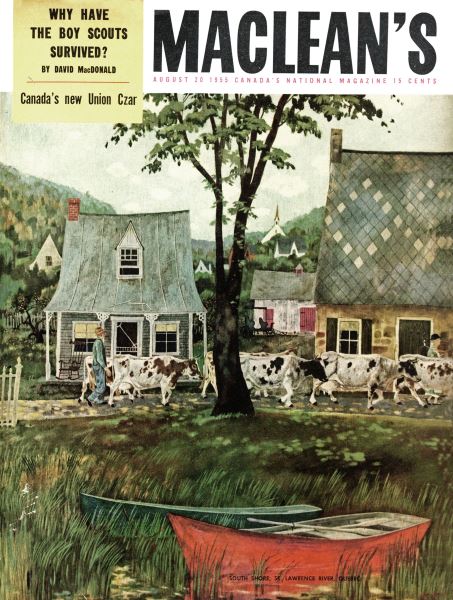 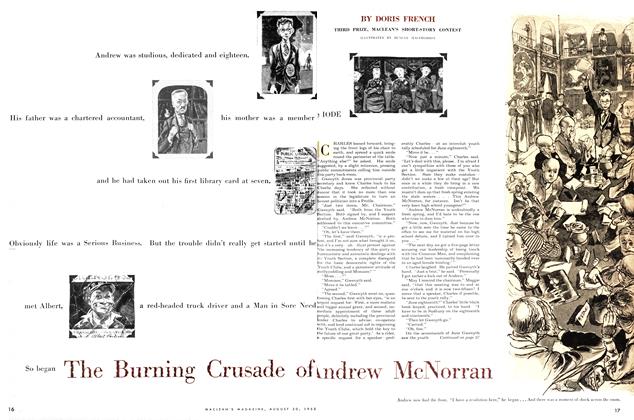 The Burning Crusade of Andrew McNorran 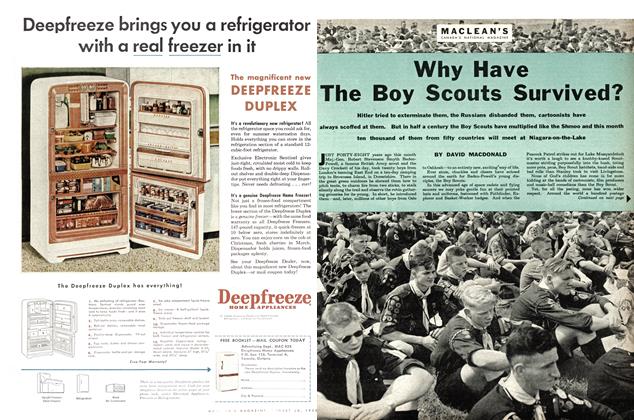 Why Have The Boy Scouts Survived? 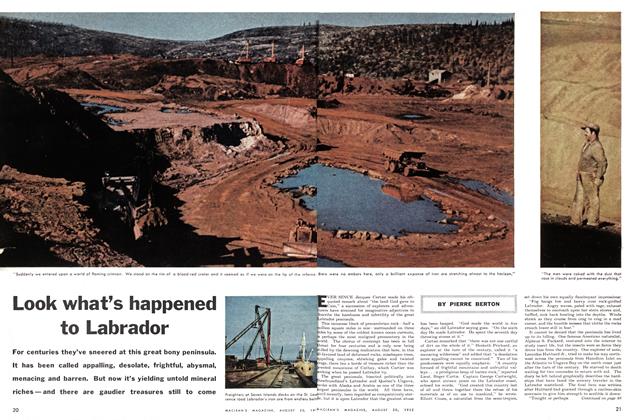 The Burning Crusade of Andrew McNorran

CHARLES leaned forward, bringing the front legs of his chair to earth, and spread a quick smile round the perimeter of the table. “Anything else?” he asked. His smile suggested, by a slight reticence, pressing public commitments calling him outside this party back room.

Why Have The Boy Scouts Survived?

EVER SINCE Jacques Cartier made his oftquoted remark about, “the land God gave to Cain," a succession of explorers and adventurers have strained for imaginative adjectives to describe the harshness and infertility of the great Labrador peninsula.

Who'd wan't to be a jockey?

JUST AFTER Ted Atkinson had ridden Nashua to victory in the Wood Memorial handicap in New York last spring he was asked to tell several million television viewers about the race in which his mount barely managed to beat Summer Tan, another outstanding American three-year-old. By TRENT FRAYN

IF LEO DUROCHER left the New York Giants to handle a baseball team in Cape Town, or Hap Day gave up the Toronto Maple Leafs to coach a church hockey team in Oxbow, sports fans would be no more bewildered than the English ballet world was in 1950 when it learned that Celia Franca was leaving to try to form a Canadian ballet company. By KEN JOHNSTONE

A SIGNIFICANT Canadian labor movementevent in the indeed, history of of the the nation itself occurred two months ago in the high-raftered Windsor, Ont., Armories. There, in an atmosphere that would have delighted Dorothy Dix, the 600,000-member Trades and Labor Congress of Canada approved the contract by which; early next year, the TLC will marry up again with its old rival, the 400,000-member Canadian Com gress of Labor. By JOHN X. SANFORD

NOT SINCE the early 1930s, the young days of the Bennett regime, have Conservatives been able to look back on a session of parliament with so much satisfaction, nor Liberals with so little. The Government has been in trouble often enough but this is the first time in twenty years the Conservative Opposition has been able to take full advantage of it.

THERE are times when every man must face decisions that not only affect himself but the immediate members of his family. It happens to us all, and it is a wise wife who recognizes that on these occasions her husband is not only lord and master but specially endowed with vision and judgment. By Beverley Baxter

The man who smiled at breakfast

MY EXPERIMENT is over and marked down as a dismal failure. It came about because I am altogether too impressionable. For years on end I had been reading cartoons and jokes about husbands who are too terse and grumpy when they get up in the morning. By PARKE CUMMINGS
August 61955