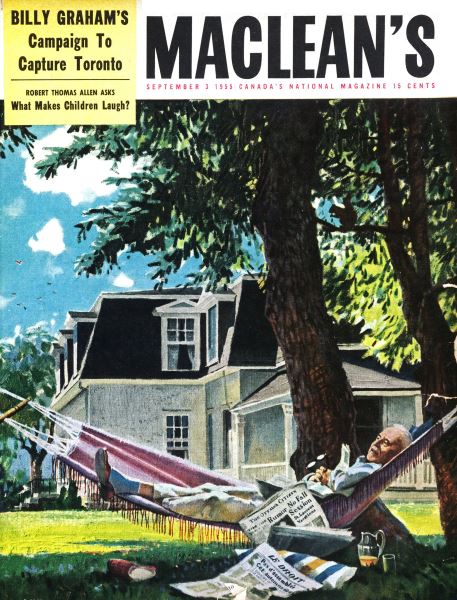 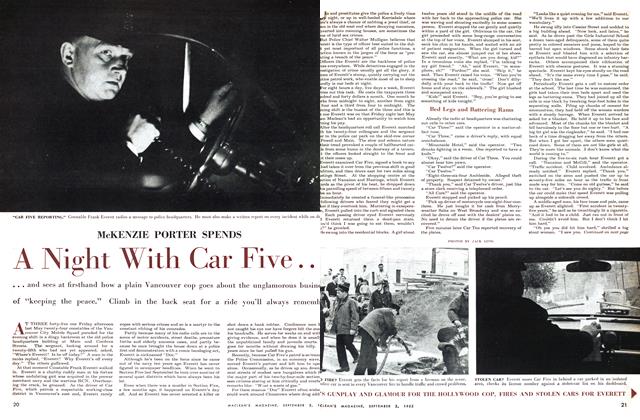 A Night With Car Five.. 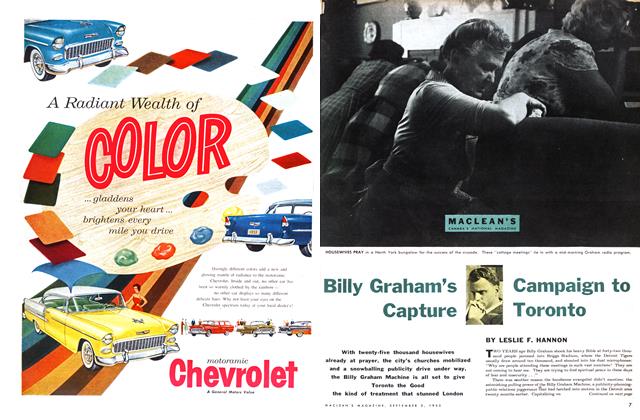 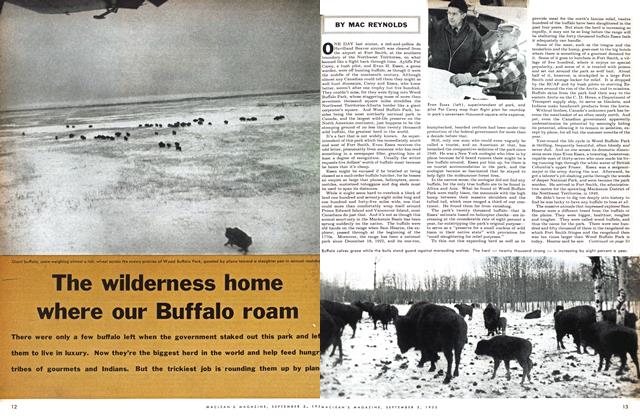 The wilderness home where our Buffalo roam

A Night With Car Five..

. . . and sees at firsthand how a plain Vancouver cop goes about the unglamorous busine of “keeping the peace.” Climb in the back seat for a ride you’ll always remember

TWO YEARS ago Billy Graham shook his heavy Bible at forty-two thousand people jammed into Briggs Stadium, where the Detroit Tigers usually draw around ten thousand, and shouted into his dual microphones: “Why are people attending these meetings in such vast numbers?

The wilderness home where our Buffalo roam

There were only a few buffalo left when the government staked out this park and left them to live in luxury. Now they’re the biggest herd in the world and help feed hungry tribes of gourmets and Indians. But the trickiest job is rounding them up by plan

A LITTLE more than a year ago Louise Simard, producer of a CBC Frenchlanguage radio program called Femina, was in a quandary. Femina’s mail was light and Miss Simard felt that without adequate listener response she couldn’t really be sure how her programs were being received. By SCOTT YOUNG19 min

Can hypnotism get respectable?

Everyone reading this could probably perform the trick above. It takes no magic powers to be a hypnotist. But as long as this strange phenomenon is exploited by showmen how can Canadian doctors and dentists use it openly? By ROBERT PARRIS19 min

The Spirit of the Bank of Lower Canada

COMIC BOOKS don’t, jokes won’t and adults can’t — at least not intentionally. Take it from Boh, a child’s sense of humor is like nothing else on earth and a grownup who pries can expect to he reduced to nervous twitchings and deep thoughtful silences By ROBERT THOMAS ALLEN12 min

Sir Walter and the Workingman

THE CRAZY railway strike was over. The crazy seamen’s strike was still on. Sir Walter Monckton, the Minister of Labor, rose to open the debate in the Commons on the industrial situation. As always he was courteous and scrupulously fair but as the interruptions came from all sections of the Labor Party benches the shadows under his eyes darkened and his shoulders drooped with fatigue. By Beverley Baxter9 min

BECAUSE Canadians are quicker to talk about national independence than to put up money to prove it, Canadian students are in danger of losing $125,000 worth of scholarships now being granted in the humanities and the social sciences. U. S. foundations that have been giving the money are willing to continue doing so, but only if it s matched by some reasonable fraction from Canadian sources. By BLAIR FRASER6 min