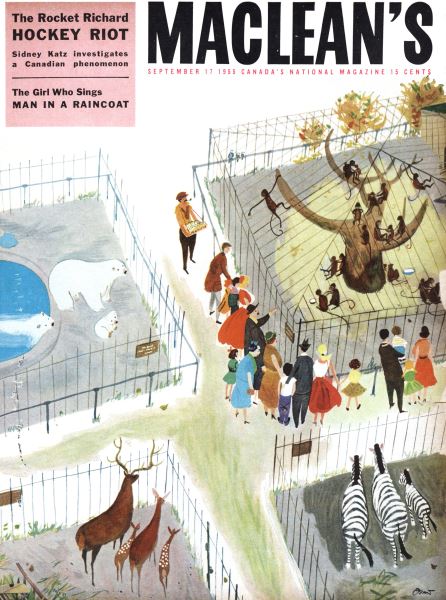 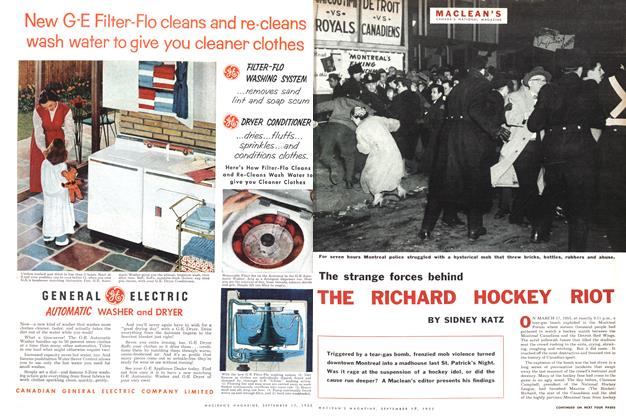 The strange forces behind THE RICHARD HOCKEY RIOT 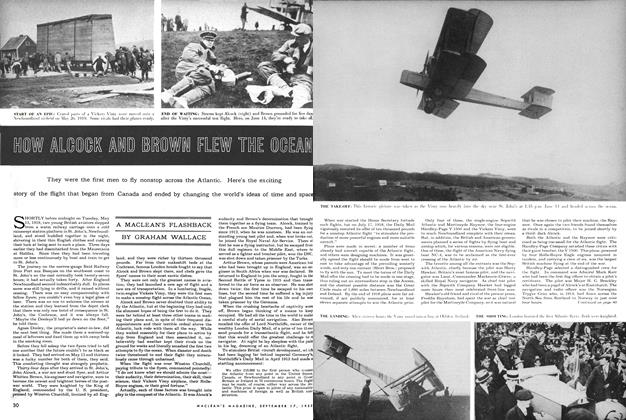 HOW ALCOCK AND BROWN FLEW THE OCEAN 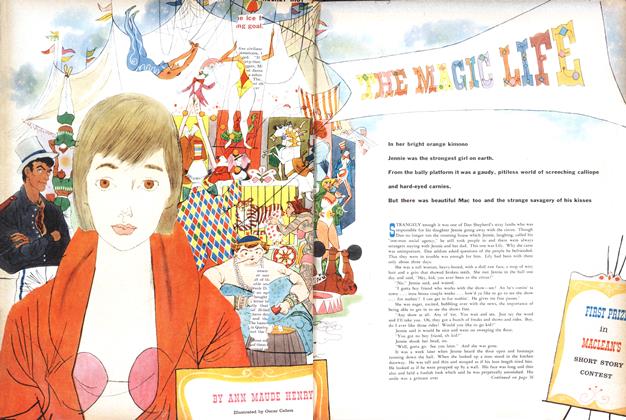 The strange forces behind THE RICHARD HOCKEY RIOT

Triggered by a tear-gas bomb, frenzied mob violence turned downtown Montreal into a madhouse last St. Patrick’s Night. Was it rage at the suspension of a hockey idol, or did the cause run deeper? A Maclean’s editor presents his findings

HOW ALCOCK AND BROWN FLEW THE OCEAN

They were the first men to fly nonstop across the Atlantic. Here’s the exciting story of the flight that began from Canada and ended by changing the world’s ideas of time and space

STRANGELY enough it was one of Dan Shepherd's stray lambs who was responsible for his daughter Jennie going away with the circus. Though Dan no longer ran the rooming house which Jennie, laughing, called his "one-man social agency,” he still took people in and there were always strangers staying with Jennie and her dad.

How A "Progressive" Teacher Works

Every year parents and teachers wrangle about the new-fangled teaching methods. Do they work? Or was the old-fashioned way better? For some of the answers come inside an Edmonton classroom and see for yourself how Jean Dey handles grade one By ROBERT COLLINS24 min

...what it’s like to put your head in a tiger’s mouth, how to carry a three-hundred-pound cat on your shoulders and how he mixed up leopards and lovely girls without either getting a scratch

His business associates in Vancouver called Henry Barstead a hard, square businessman. Irene’s world was the streets of Toronto’s tenderloin. Then it happened... he needed her in a way she did not understand. And they drove north in a race with death By FRED SLOMAN23 min

Rich or poor, sharp or shabby, anybody can walk into Toronto’s Scott Mission and get a square meal and no questions asked. And they do, at the rate of 130,000 a year How come this soup kitchen is still needed in the biggest boom in our history? By JOAN DOTY18 min

What ONE SONG can do

LATE ONE drizzly night in the spring of 1954 a moody young aircraft worker named Warwick Webster was drinking coffee in a restaurant at the corner of Yonge Street Clair Avenue in Toronto. Through the rain-streaked window he watched the shadowy figure of a man, neck hunched into the collar of his raincoat, waiting at the streetcar stop. By ERIC HUTTON18 min

The maddest 3 days in Fishing

The Acadians can’t figure it out: every year at this time dozens of international millionaires arrive at Wedgeport, N.S., and pay good money for the privilege of doing the local fishermen’s work for them By DAVID MacDONALD17 min

SO YOU THINK YOU CAN DRIVE...

What's the safest quickest way to-Stop your car Make time in traffic Take a curve Dodge a collision Get out of a skid Drive in snow or mud?
September 31955