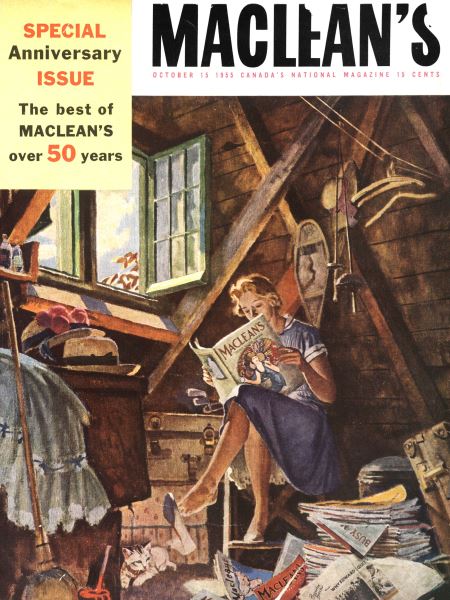 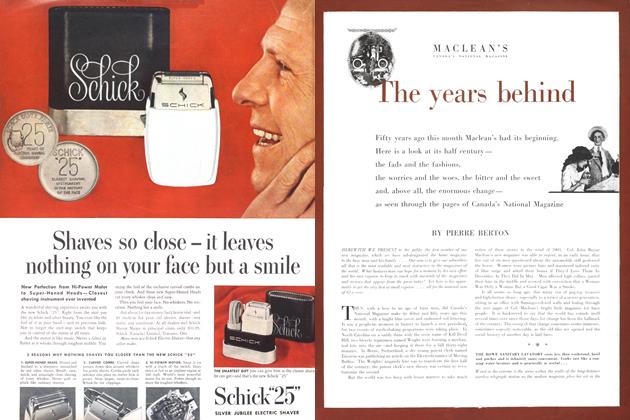 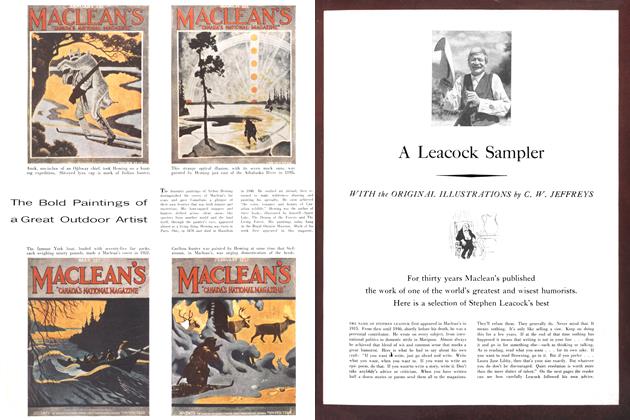 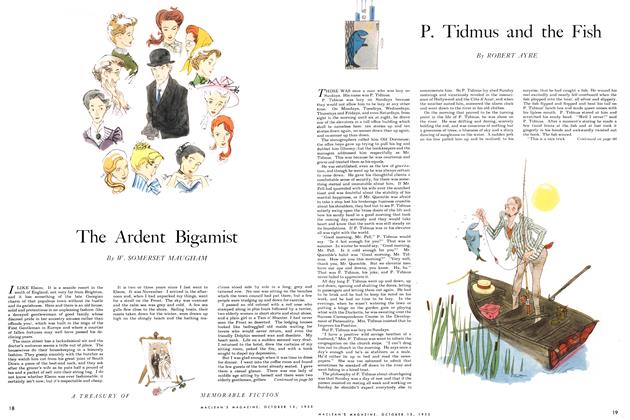 Fifty years ago this month Maclean’s had its beginning. Here is a look at its half century — the fads and the fashions, the worries and the woes, the bitter and the sweet and, above all, the enormous change — as seen through the pages of Canada’s National Magazine

For thirty years Maclean’s published the work of one of the world’s greatest and wisest humorists. Here is a selection of Stephen Leacock’s best

ILIKE Elsom. It is a seaside resort in the south of England, not very far from Brighton, and it has something of the late Georgian charm of that populous town without its bustle and its garishness. Here and there is an old house, solid and pretentious in no unpleasing fashion (like a decayed gentlewoman of good family whose discreet pride in her ancestry amuses rather than offends you), which was built in the reign of the First Gentleman in Europe and where a courtier of fallen fortunes may well have passed his declining years.

SOME OF the caddies were poor as sin and lived in one-room houses with a neurasthenic cow in the front yard, but Dexter Green’s father owned the second-best grocery store in Dillard—the best one was The Hub, patronized by the wealthy people from Lake Erminie—and Dexter caddied only for pocket money. By F. SCOTT FITZGERALD37 min

What they said would happen

By train to Paris? Babies from glass-houses? Double-decker streets? Some of the crystal-ball gazing of the past — as recalled in these selections from Maclean’s files — was sadly astray but in the world of today stranger things have come true

What weather will do to us

In distant centuries it may be a subtropical Canada, with no ice or snow or — on the contrary — glaciers may drive all people south By NORMAN J. BERRIEL20 min

What science will do to us

Factories will run themselves, we’ll work only two hours a day, nobody will be poor, and we’ll all live to be a hundred By FRED BODSWORTH15 min

P. Tidmus and the Fish

THERE WAS once a man who was lazy on Sundays. His name was P. Tidmus. P. Tidmus was lazy on Sundays because they would not allow him to be lazy at any other time. On Mondays, Tuesdays, Wednesdays, Thursdays and Fridays, and even Saturdays, from eight in the morning until six at night, he drove one of the elevators in a tall office building which shall be nameless here: ten stories up and ten stories down again, no sooner down than up again, and no sooner up than down. By ROBERT AYRE11 min