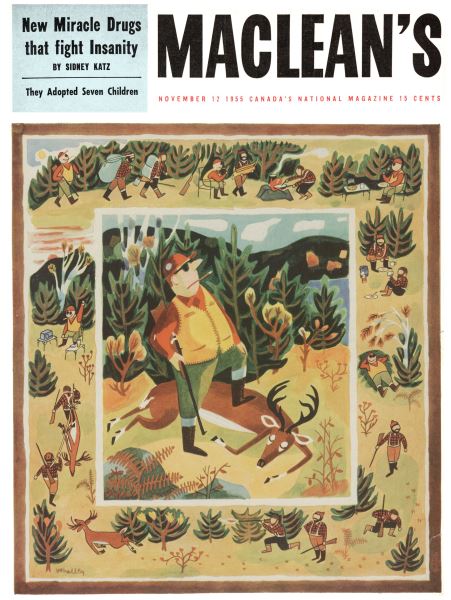 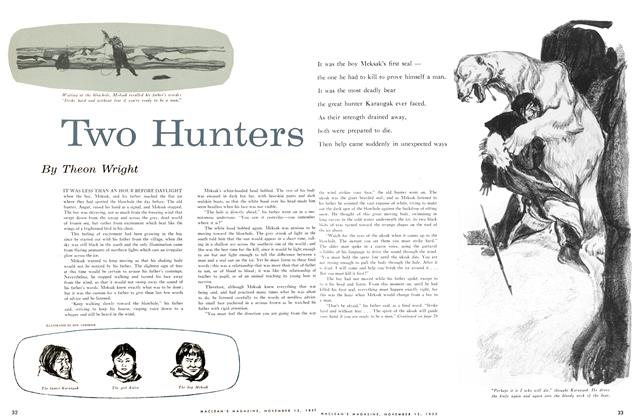 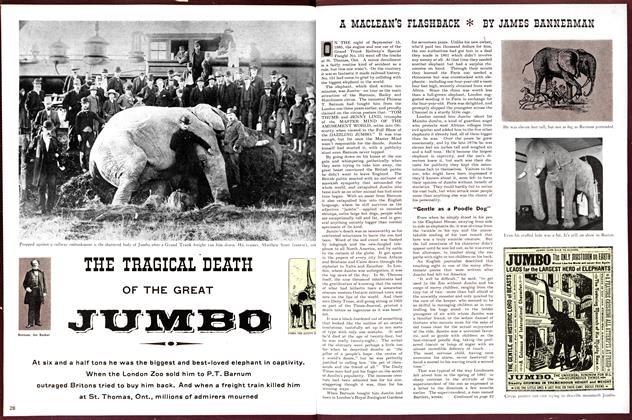 THE TRAGICAL DEATH OF THE GREAT JUMBO A MACLEAN'S FLASHBACK

THE UNCONQUERED WARRIORS OF OHSWEKEN

It was the boy Meksak’s first seal — the one he had to kill to prove himself a man. It was the most deadly bear the great hunter Karangak ever faced. As their strength drained away, both were prepared to die. Then help came suddenly in unexpected ways

THE TRAGICAL DEATH OF THE GREAT JUMBO A MACLEAN'S FLASHBACK

At six and a half tons he was the biggest and best-loved elephant in captivity. When the London Zoo sold him to P.T. Barnum outraged Britons tried to buy him back. And when a freight train killed him at St. Thomas, Ont., millions of admirers mourned

THE UNCONQUERED WARRIORS OF OHSWEKEN

The Iroquois never did submit to the white man and they still won’t give in. They won’t vote; they won’t take an oath of allegiance and they cling to the ancient Longhouse religion. Here’s an intriguing report on an unknown “republic” in the heart of Ontario

Cheap and apparently safe, though no cure in themselves, two new discoveries are leading a revolution that’s taking the word “hopeless” from more forms of mental illness. They also help to conquer allergies, high blood pressure and pain. But even the doctors don’t know why they work By SIDNEY KATZ25 min

Young Ernie knew it was there, and so did the gang of small children who followed Uncle Charley to his fabulous sluice box. While Ben and I were blinded by shame and black hate, the kids found By ILLINGWORTH H. KERR24 min

It began when he was a starry-eyed fifteen. He lived in a CPR house, grew up beside the tracks, quit school to work for the railroad and went back to learn what makes it run. He saw every mile of track and met most of the 87,000 employees. Then for ten years he was groomed to be president By FRED BODSWORTH21 min

Where to buy ancestor cheap

You might call it an oil painting—but that’s Ben Ward-Price’s little joke. Running Canada’s busiest auction gallery isn’t. That’s stately showmanship. What else could sell a silver sobriety tester or a bankrupt rodeo plus its wild horses? By DORIS DICKSON21 min

Fifty years ago B.C.’s coastal loggers were a rough tough bunch. Then along came Rev. John Antle and his seagoing successors of the Columbia Coast Mission. Take a trip to the strange raft villages with these salty men and watch a floating church go into action By McKENZIE PORTER21 min

How the Highlanders took Nova Scotia

For half a century they were taught to be ashamed of their Highland origins. Now, with their own tartan, music, folklore, flag, college and pageantry, they’re making the place more Scottish than Scotland By JOHN MACLURE18 min

The Cooneys and their seven adopted children