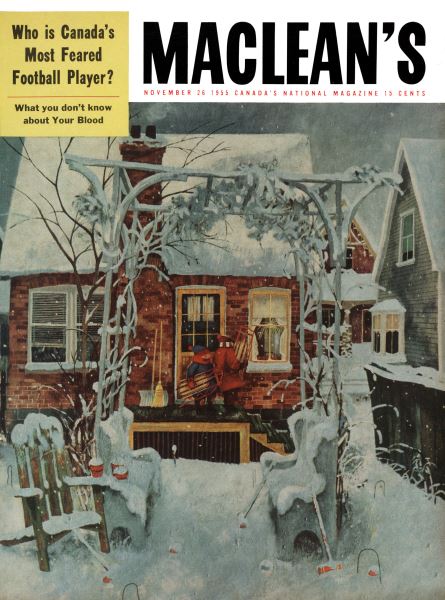 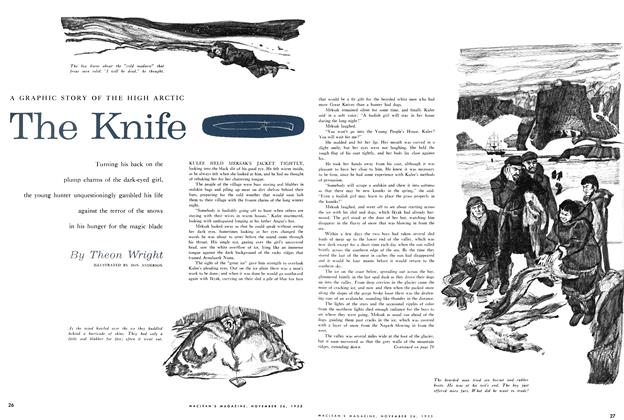 My Day With The Head Shrinkers 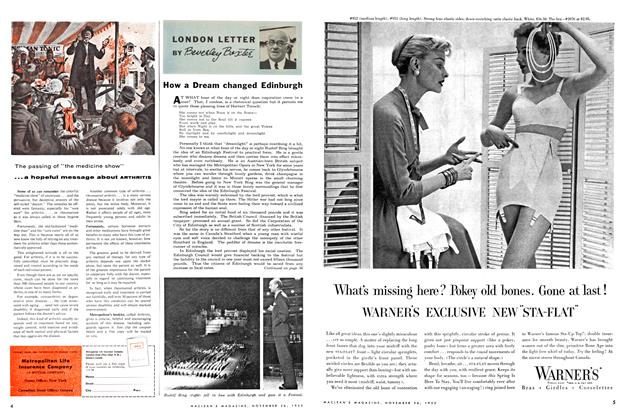 Turning his back on the plump charms of the dark-eyed girl, the young hunter unquestioningly gambled his life against the terror of the snows in his hunger for the magic blade

My Day With The Head Shrinkers

They call it an aptitude test and feed you trick questions on animals, geography, vegetables, arithmetic, family problems and fancy words. But don’t be fooled. It’s all designed to get you a job scrubbing floors

How a Dream changed Edinburgh

WHEN Wild Bill Hickok, the legendary western scout and gunfighter, arrived in Niagara Falls, Ont., one day in 1872 as the star of the world’s first wild-west show there, he looked like almost any other prosperous visitor in a neat business suit—without his colorful frontier trappings or his fabled pearl-handled .44s. By DUNCAN McLEOD22 min

The doctor who won't take "NO" for an answer

By nagging cabinet ministers,editors,capitalists, his own colleagues and the general public to within an inch of their lives, Gordon Bates has singlehandedly won crusades in public health that have changed the lives of practically every Canadian By SIDNEY KATZ21 min

When the Dogribs get their Treaty Money

THE PECULIAR events of last summer’s Indian treaty days at Fort Rae, Northwest Territories, began the moment the federal government boat, Peter Pond, chugged in from Yellowknife, sixty miles to the southeast, at noon one Saturday in June. By ROBERT COLLINS20 min

GREY CUP frenzy will be reaching its peak as this appears, particularly in Vancouver which feels like the winner anyway because it wrested the cup game away from Toronto. But things can’t grow any more intense than they did in Edmonton a year ago when the big game took precedence over every other concern, even though the Eskimos were playing two thousand miles away.

Politics Must Not Muzzle Science

The Ghostly Sebtinel of the Peaks

For ages the Rocky Mountain goat has been a lonely refugee living in the clouds. He can outclimb all his enemies except an avalanche. And even at the point of death he sometimes eludes his hunters by committing suicide By HOWARD O’HAGAN20 min

A new blueprint for Confederation

“Fiasco!” snorted Bennett of B. C. “A bribe to Quebec!” others charged. What really went on when ten wary and suspicious premiers met last month? Have we finally solved the riddle that has plagued Canada since 1867? By BLAIR FRASER18 min

FOR two years now man, in the shape of the Ontario HydroElectric Power Commission, has been taking a hand in the flow of Niagara. By December 1957 the force of the river and falls will have been diverted many times as a vast repair project is completed to decrease erosion and enhance the beauty of the Horseshoe Falls. By Edgar D. Smith3 min

How Near Is Health Insurance? By BLAIR FRASER3 min
November 121955