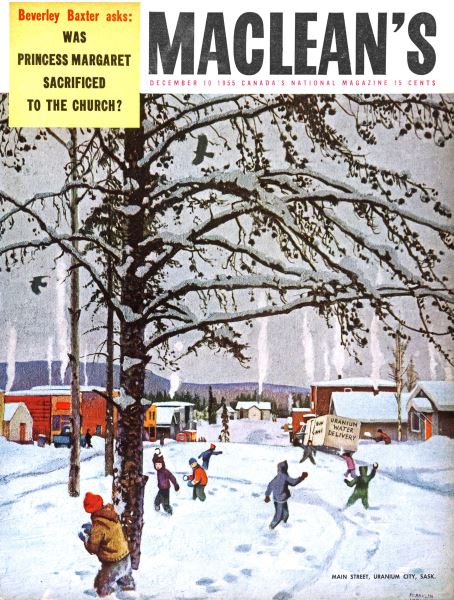 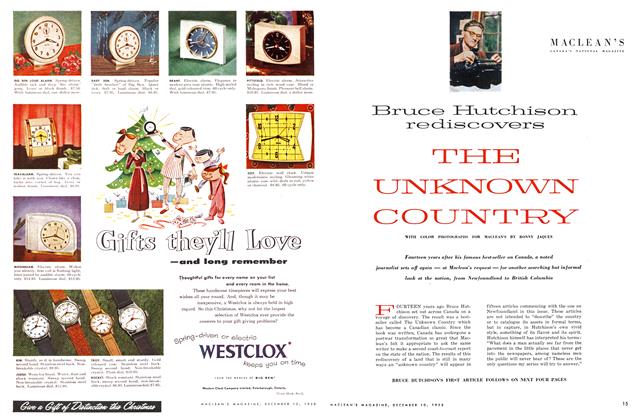 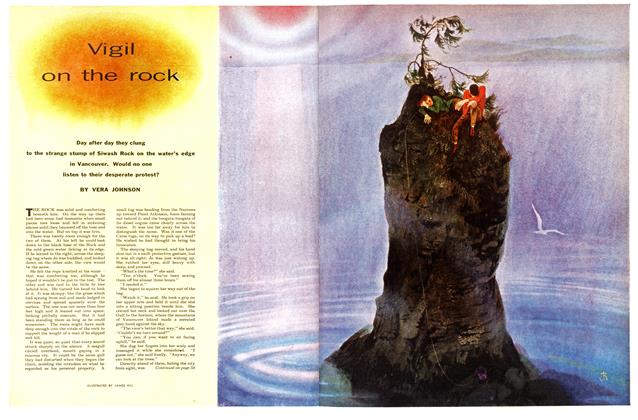 Vigil on the rock 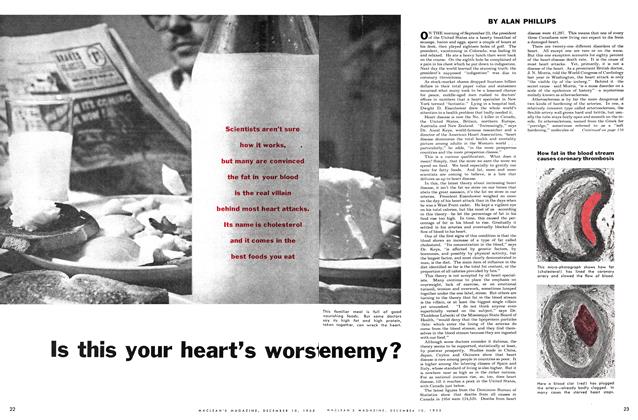 Is this your heart's worst enemy?

Fourteen years after his famous best-seller on Canada, a noted journalist sets off again — at Maclean's request — for another searching but informal look at the nation, from Newfoundland to British Columbia

Vigil on the rock

Day after day they clung to the strange stump of Siwash Rock on the water’s edge in Vancouver. Would no one listen to their desperate protest?

Is this your heart's worst enemy?

Scientists aren’t sure how it works but many are convinced the fat in your blood is the real villain behind most heart attacks. Its name is cholesterol and it comes in the best foods you eat

The atom is their bloodhound

A new super-sleuth called the isotope is helping four young Canadian scientists solve industrial problems like seeing through steel or photographing the inside of a rice kernel. They got their start with a garage and a rented typewriter By FRED BODSWORTH21 min

THE FEROCIOUS YOUNG LADIES FROM EDMONTON

Most of the year they were demure stenographers and filing clerks but when solemn Percy Page sent them out on the basketball court they trounced the world’s best teams without mercy. Even today, people still ask—what was the secret of the Grads? By ROBERT COLLINS20 min

A few words from the man in the middle

For sixteen years this big-league hockey referee listened to everybody holler for his scalp. Now he tells what he thinks of the fans, players and coaches who made every game an adventure

What's the future for bread?

This eml-product of our biggest, richest crop - once the backbone of our diet - is now fighting to stay he meau. Here's how dieting, easy living and rival foods are making life miserable for the staff of life By GRATTAN GRAY17 min

He insists he can make the Sahara green

With the zeal of a fanatic, a one-time Canadian called Richard Bake, trying to cajole the world into gambling millions on a gigantic plan to grow trees in the desert By MARJORIE EARL16 min

He's a killer, a robber and a glutton. He's shot at, poisoned, trapped and even bombed. Yet he continues to multiply. Some experts say they don't know what we'd do without him, but almost everyone else agrees we'd rather By FRANKLIN RUSSELL15 min

Was Princess Margaret saccrificed to the Church?

The noted writer and British MP looks back on the tragic palace romance a aquires bluntly: "Do you wonder that people are saying there is more compassion in the teachings of Christ than in the canons of the church?" By BEVERLEY BAXTER14 min
November 261955