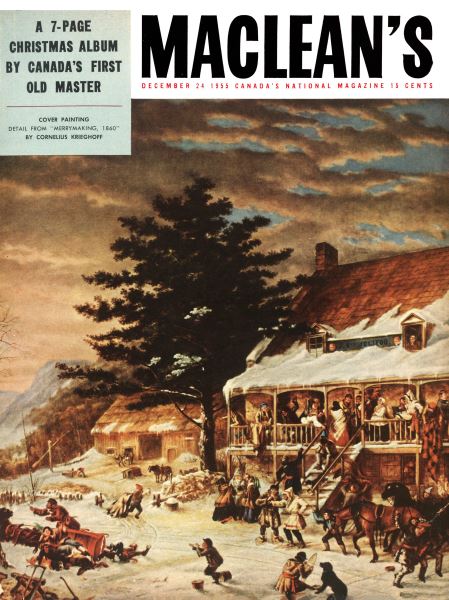 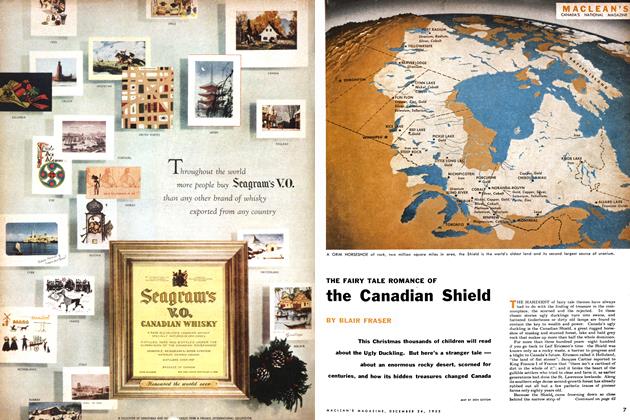 THE FAIRY TALE ROMANCE OF the Canadian Shield 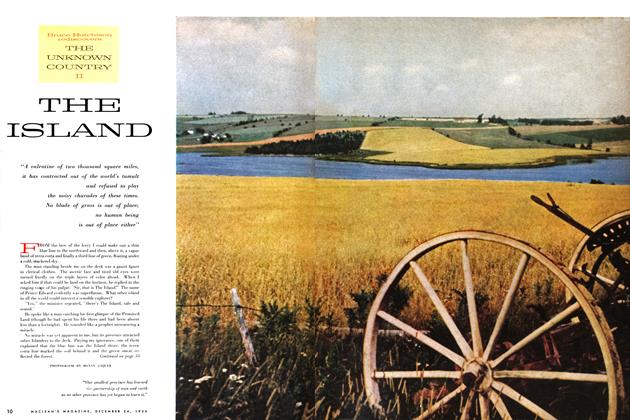 THE UNKNOWN COUNTRY II THE ISLAND 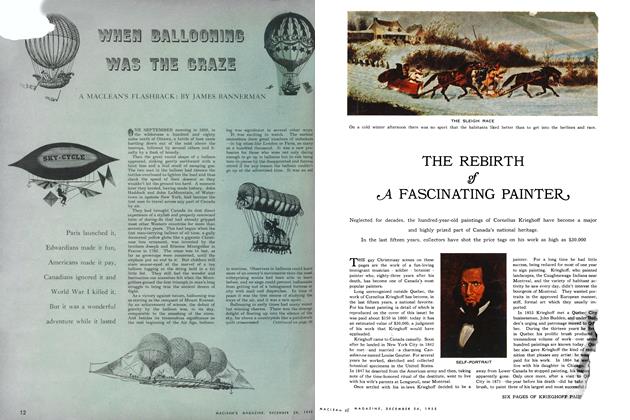 WHEN BALLOONING WAS THE CRAZE

THE FAIRY TALE ROMANCE OF the Canadian Shield

This Christmas thousands of children will read about the Ugly Duckling. But here's a stranger tale — about an enormous rocky desert, scorned for centuries, and how its hidden treasures changed Canada By BLAIR FRASER21 min

THE UNKNOWN COUNTRY II THE ISLAND

"A valentine of two thousand square miles, it has contracted out of the world’s tumult and refused to play the noisy charades of these times. No blade of grass is out of place; no human being is out of place either”

WHEN BALLOONING WAS THE CRAZE

Paris launched it, Edwardians made it fun, Americans made it pay, Canadians ignored it and World War I killed it. But it was a wonderful adventure while it lasted

THE MAN WHO CONQUERED DAVY CROCKETT

Ridiculous, Augustus decided — all this caterwauling about some obscure fur-hatted foreigner. History was crawling with Canadians who out-Crocketted Crockett in every way. Riel maybe, or old Sir John A.? Then he had it. Of course . . . King—of the Wild Frontier! By JOHN GRAY18 min

In St. Stephen, N.B., the mayor’s dad eats three pounds of candy every day (he owns the factory). It’s the town’s biggest industry, and busiest when filling Canada’s appetite for Christmas bonbons By IAN SCLANDERS12 min

How long will Attlee hold on?

EVERY YEAR in the month of October the two great political parties of Britain hold their annual conference before advancing upon Westminster for the winter session. And almost invariably they choose a seaside holiday resort because the ozone adds spirit to their spirits and because the hotels have plenty of rooms available. By Berverley Baxter8 min

STARTING soon after the New Year, television cameras will be used to set a watch on employees of the Post Office Department. At the outset only one post office, a new one in Peterborough, Ont., will be equipped with the seeing eye TV sets. If the experiment there is successful in the opinion of Post Office Department authorities, surveillance by TV will then become standard practice in the larger post offices across Canada. By BLAIR FRASER6 min

THE REBIRTH of A FASCINATING PAINTER

Neglected for decades, the hundred-year-old paintings of Cornelius Krieghoff have become a major and highly prized part of Canada’s national heritage. In the last fifteen years, collectors have shot the price tags on his work as high as $30,000

The Love-song of Jumbo and Alice

4647
IN THE EDITORS' CONFIDENCE

The Perils of Painting, or Forgers’ Folly
December 101955