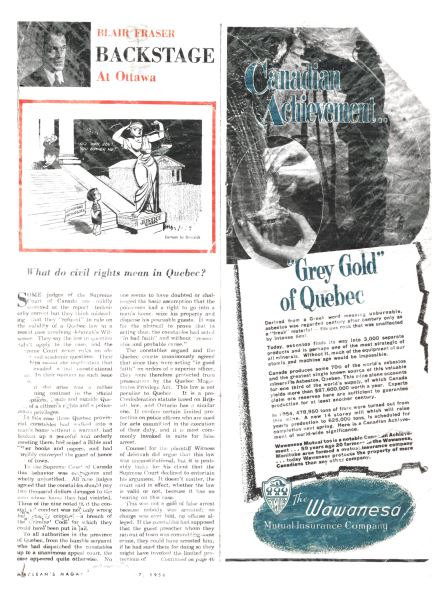 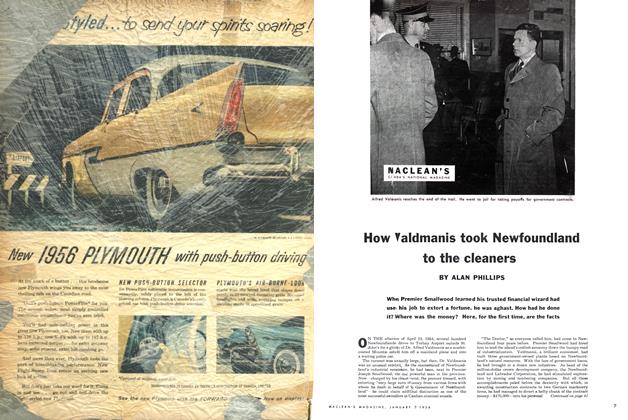 How Valdmanis took Newfoundland to the cleaners 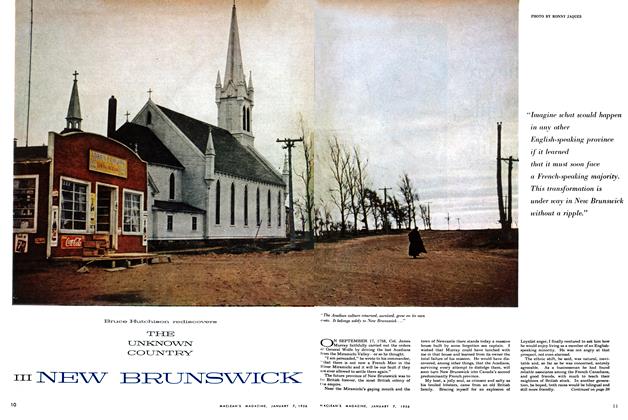 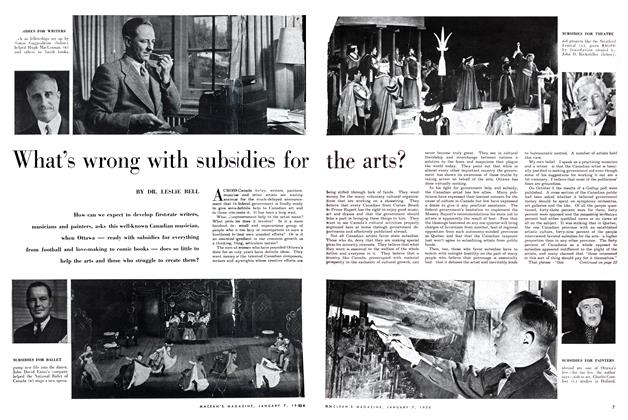 What’s wrong with subsidies for the arts?

How Valdmanis took Newfoundland to the cleaners

When Premier Smallwood learned his trusted financial wizard had use his job to extort a fortune, he was aghast. How had he done it? Where was the money? Here, for the first time, are the facts

“Imagine what would huppen in any other English-speaking province if it learned that it must soon face a French-speaking majority. This transformation is under way in New Brunswick without a ripple."

What’s wrong with subsidies for the arts?

How can we expect to develop first-rate writers, musicians and painters, asks this well-known Canadian musician, when Ottawa — ready with subsidies for everything from football and love-making to comic books — does so little to help the arts and those who struggle to create them?

Sandy Campbell thought it was a darn-fool game until he played it. His five boys took it up too. Then this curling-crazy family from tiny Avonlea, Sask went out and licked the best in Canada. By ROBERT COLLINS16 min

What do civil rights mean in Quebec?

SOME judges of the Supreme Court of Canada are mildly annoyed at the report—technically correct but they think misleading that they “refused” to rule on the validity of a Quebec law in a recent case involving Jehovah’s Wituesses. They say the law in question didn't apply to the case, and the reme Court never rules on aband academic questions. By BLAIR FRASER7 min

HOLLYWOOD IS STILL spending far too much time and money tinkering with big-screen gadgetry as it enters 1956. No end is yet in sight for the technological upheaval that began in 1952 with 3-D and gained impetus with CinemaScope in 1953. Like book publishers worrying more about type sizes and dust jackets than about the words printed between the covers, some of the studio chiefs still appear to be under the impression that a story not worth filming at all by oldfashioned methods will somehow glow with magic on a wide wrap-around screen. By CLYDE GILMOUR6 min

modern times, to the year 1953. The BBC had been given a monopoly for television programs just as they had for radio. And, although lacking the stimulus of competition, the programs were pretty good. Radio continued to exist, but obviously it would operate on a declining scale.

Why I hate my kid's teacher

To the youngsters teacher’s a riot, but to Bob he’s out to drive parents nuts, with messy class projects that shatter a kid’s faith in the finer things — like playing hooky By ROBRRT THOMAS ALLEN5 min
December 241955