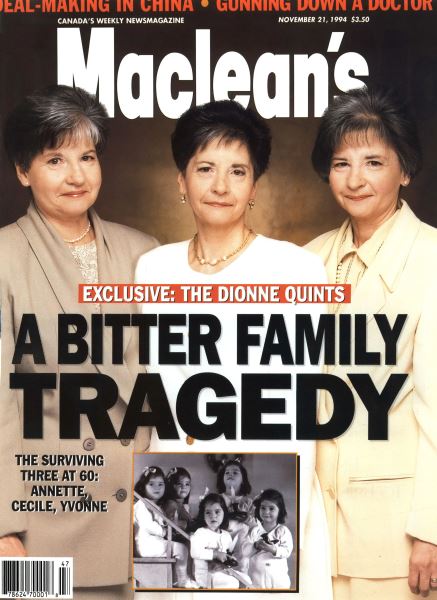 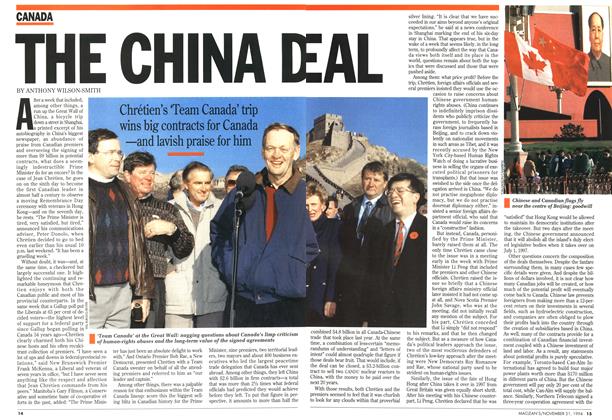 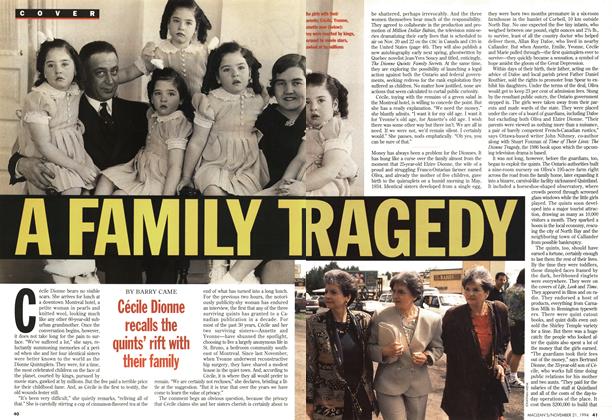 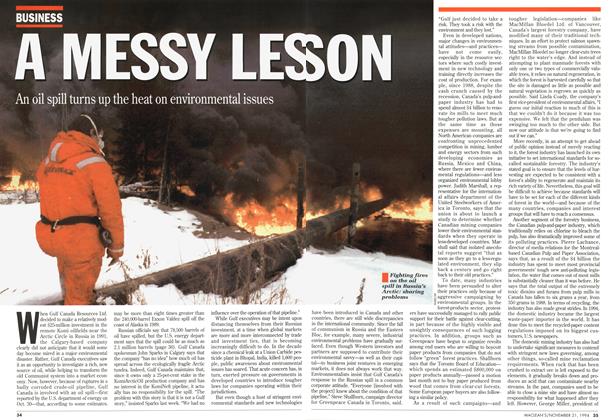 After a week that included, among other things, a run up the Great Wall of China, a bicycle trip down a street in Shanghai, a printed excerpt of his autobiography in China’s biggest newspaper, an abundance of praise from Canadian premiers and overseeing the signing of more than $9 billion in potential contracts, what does a seemingly indestructible Prime Minister do for an encore? In the case of Jean Chrétien, he goes on on the sixth day to become the first Canadian leader in almost half a century to observe a moving Remembrance Day ceremony with veterans in Hong Kong—and on the seventh day, he rests.

Cécile Dionne bears no visible scars. She arrives for lunch at a downtown Montreal hotel, a petite woman in pearls and knitted wool, looking much like any other 60-year-old suburban grandmother. Once the conversation begins, however, it does not take long for the pain to surface. By BARRY CAME11 min

IN WITH THE NEW

Kathleen Hohner, a Toronto based computer consultant, wanted a Honda Civic DX hatchback, but thought the dealer was asking too much. So she got an Acura Integra instead. By JIM KENZIE6 min

Gunning down a doctor

A Vancouver shooting raises the spectre of anti-abortion vigilantism

A PAIN IN THE WRIST

A monthly report on personal health, life and leisure By JOHN DeMONT6 min

Summer’s almost gone and Winter’s comin’ on”.... words that can strike fear into the heart of a Canadian driver. Snow, ice and white knuckles seem to be synonymous. By GARY MAGWOOD5 min

Most of us have known the feeling at one time or another. By TONY WHITNEY5 min
November 141994