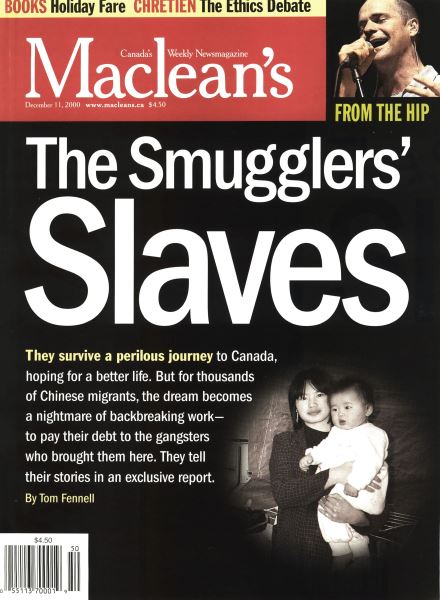 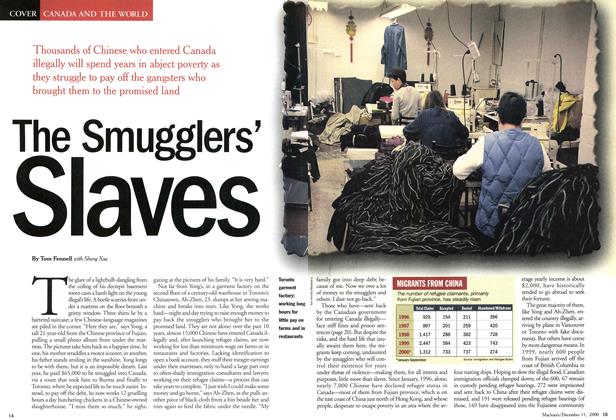 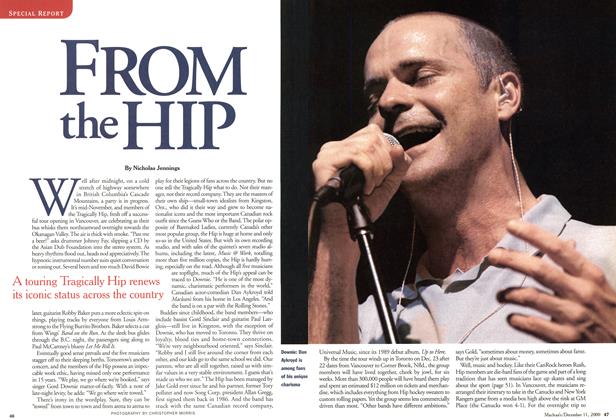 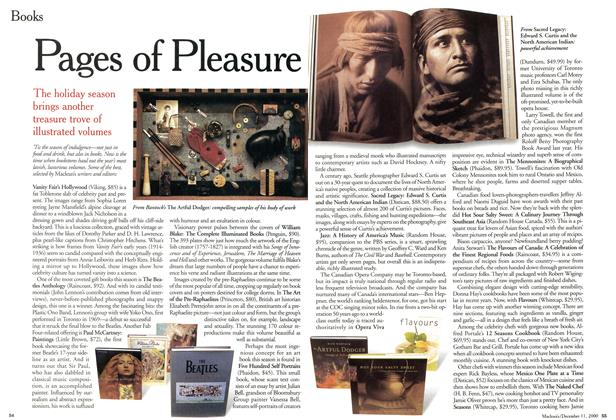 Well after midnight, on a cold stretch of highway somewhere in British Columbia’s Cascade Mountains, a party is in progress. It’s mid-November, and members of the Tragically Hip, fresh off a successful tour opening in Vancouver, are celebrating as their bus whisks them northeastward overnight towards the Okanagan Valley.

Vanity Fair's Hollywood (Viking, $85) is a fat Toblerone slab of celebrity past and present. The images range from Sophia Loren eyeing Jayne Mansfield's alpine cleavage at dinner to a windblown Jack Nicholson in a dressing gown and shades driving golf balls off his cliff-side backyard.

In the fined days of the election campaign, some of Prime Minister Jean Chrétien's closest advisers were feeling angry and anxious. The polls showed the Liberals cruising to a majority, which is, of course, how things turned out on Nov. 27. By John Geddes7 min

The rather sad statistic that only 63 per cent of eligible voters bothered to vote should be of concern to all Canadians (“Majority rules,” Cover, Dec. 4). While there are numerous and complex reasons for this poor turnout, one clearly was the tenor of the campaign, which alienated many citizens.

Jean Chrétien: Pre-election, pundits told PM he was in over his head. Now, PM to pundits: “Drop dead!” Pundits: For a while, at least, have to seek new target to pick on. Stock Day: Given bad result and uncertain future, should maybe change first name to “Yester.” By Patricia Treble5 min

The PM: the art of war

Shortly before the polls closed on election night last week, an old friend of Jean Chrétien was chatting with an acquaintance and recounting, with a fond but bemused shake of the head, a conversation with the Prime Minister two days earlier. By Anthony Wilson-Smith4 min
December 42000