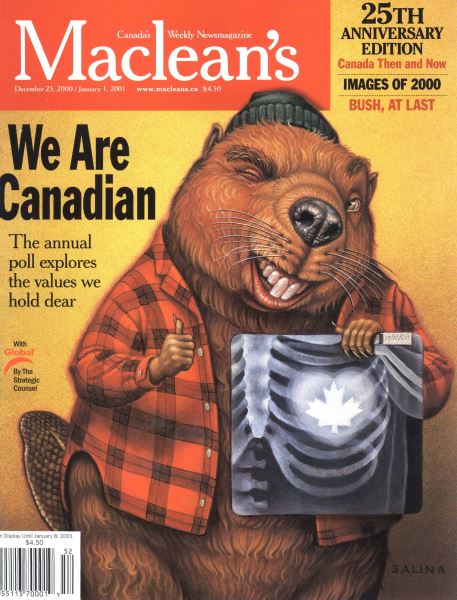 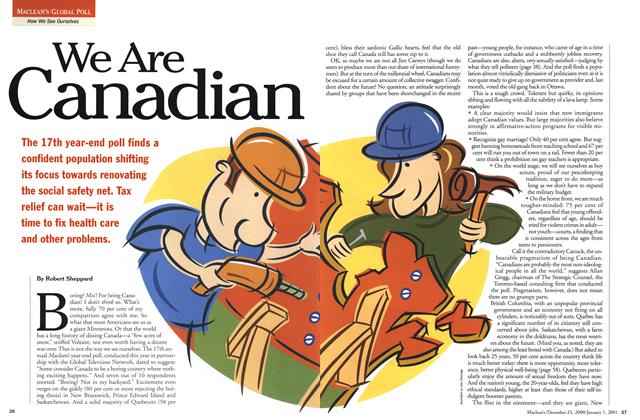 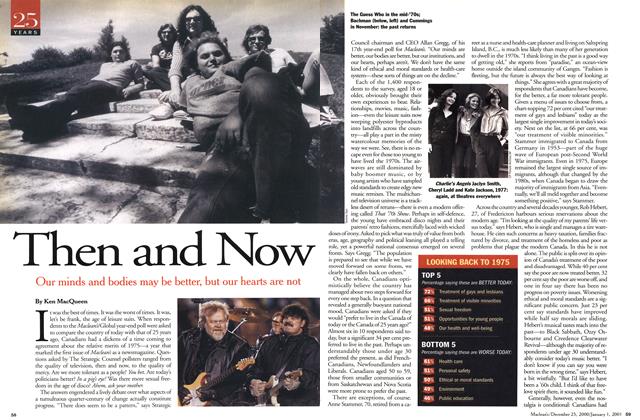 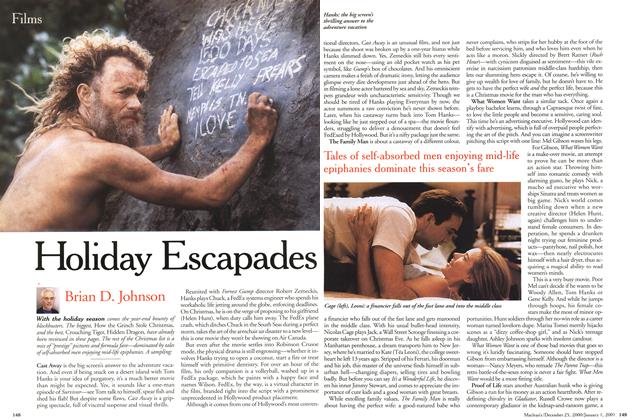 The 17th year-end poll finds a confident population shifting its focus towards renovating the social safety net. Tax relief can wait—it is time to fix health care and other problems.

Our minds and bodies may be better, but our hearts are not

George W. Bush finally captures the U. S. presidency after a turbulent and divisive post-election battle that lasted 36 days By Andrew Phillips9 min

Larry Janzen, a married, 47-year-old farmer who lives near North Batdeford, Sask., is positively mesmerizing when he talks about the rutting habits of his elk herd. During their mating season, he says, his bulls lose up to 300 lb. from their 1,100-lb. frames. By Jane O’Hara7 min

A Time to Act

Looking back through the 25 years since Maclean’s became a newsmagazine, some things prompt the old French cliché that plus ça change, plus c’est la même chose or, in free translation, the more things change, the more they are the same. The bilingualism issue, for example. By Carl Mollins5 min
December 182000