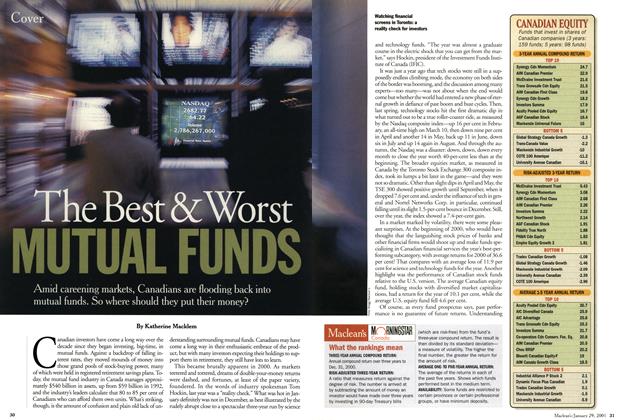 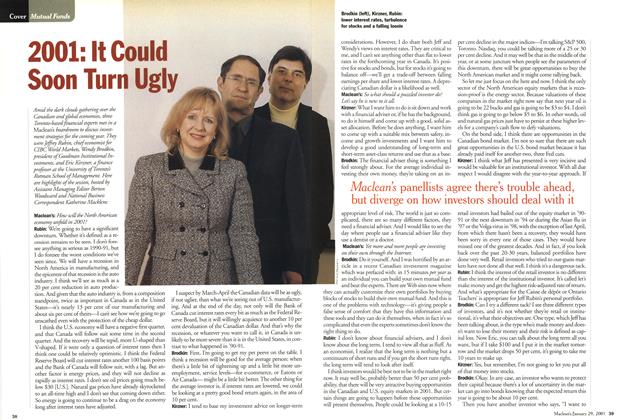 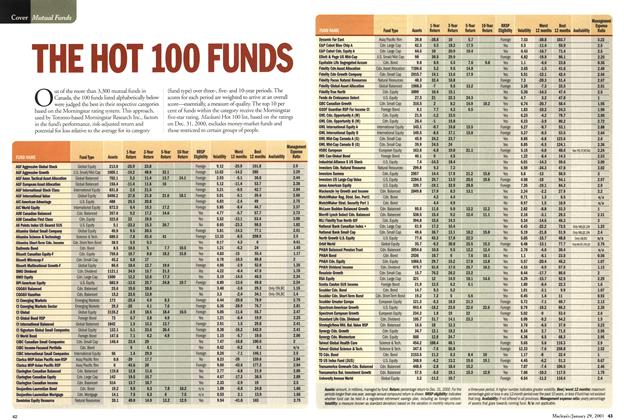 Amid careening markets, Canadians are flooding back into mutual funds. So where should they put their money?

Amid the dark clouds gathering over the Canadian and global economies, three Toronto-based financial experts met in a Maclean’s boardroom to discuss investment strategies for the coming year. They were Jeffrey Rubin, chief economist for CIBC World Markets, Wendy Brodkin, president of Goodman Institutional Investments, and Eric Kirzner, a finance professor at the University of Toronto's Rotman School of Management.

Out of the more than 3,300 mutual funds in Canada, the 100 funds listed alphabetically below were judged the best in their respective categories based on the Morningstar rating system. This approach, used by Toronto-based Morningstar Research Inc., factors in the fund's performance, risk-adjusted return and potential for loss relative to the average for its category (fund type) over three-, fiveand 10-year periods.

The supply and distribution of physicians in Canada is indeed a problem. The solution will be complex, multifaceted and expensive, and will include providing additional seats for undergraduate medical students as noted in your article “At the breaking point” (Cover, Jan. 8).

When President Clinton, a naughty Southern boy who oozes appeal and is the closest thing to Elvis I’ve ever met, gave me that two-handed handshake and told me he had heard “sooo much” about me, I was gone. Didn’t matter that he said the same damn thing to every woman introduced to him, it hit my midbrain. By Barbara Amiel4 min

The collapse of the North American bull market could not have come at a better time for Canada's mutual fund industry. Although it will certainly make portfolio returns tougher to achieve, at least there may now be an audience for that performance. By Deirdre McMurdy4 min
January 222001