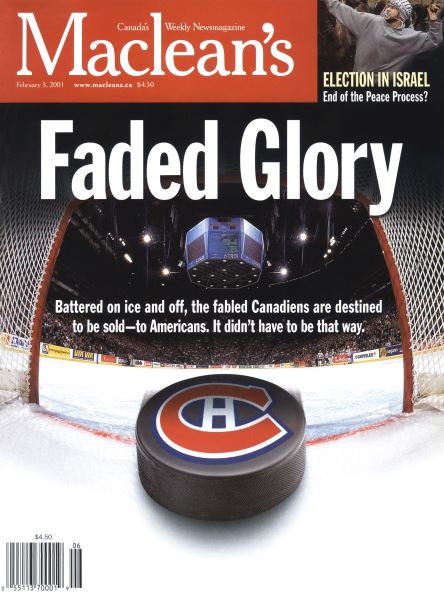 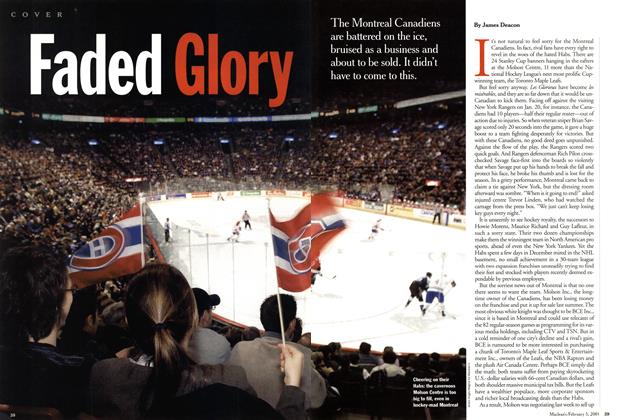 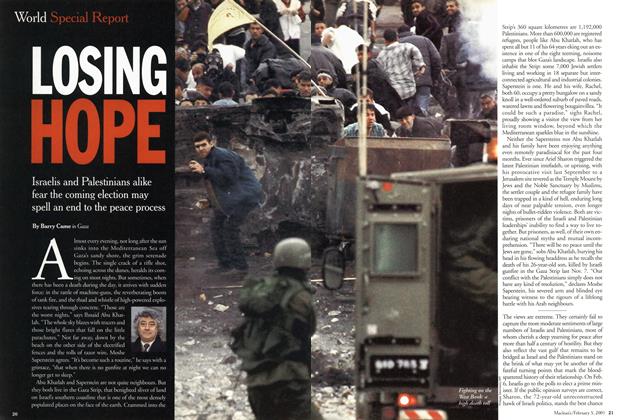 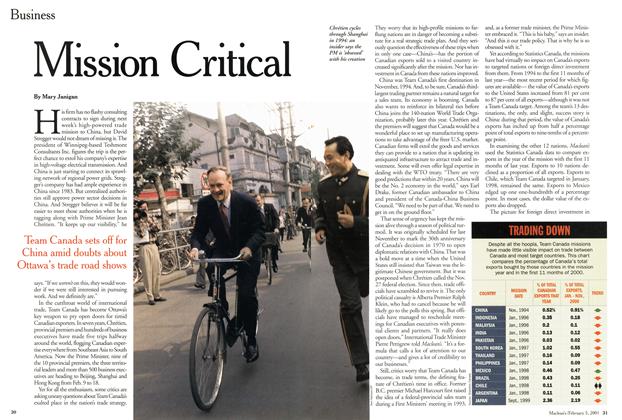 The Montreal Canadiens are battered on the ice, bruised as a business and about to be sold. It didn’t have to come to this.

His firm has no flashy consulting contracts to sign during next week’s high-powered trade mission to China, but David Stregger would not dream of missing it. The president of Winnipeg-based Teshmont Consultants Inc. figures the trip is the perfect chance to extol his company’s expertise in high-voltage electrical transmission. By Mary Janigan8 min

He writes, he scores

Somewhere inside Roy MacGregor there still lives the hockey-playing kid he once was, full of dreams of glory and practical jokes. And not very deep inside either, laughs the accomplished newspaper columnist and award-winning author, now a 52-year-old father of four.

The irony is that Page believed he was from a “normal” middle-class family. His parents split up when he was 5, but there was always enough money. “Everybody was always trying to buy me stuff,” he recalls bitterly, even when he was being sexually abused by his father and neglected by his mother. By Patricia Chisholm5 min

One night in the spring of 1979, some guys from Montreal’s Nôtre Dame de Grace district gathered at a downtown nightclub to mark the upcoming nuptials of a friend by drinking lots of beer. Ranging in age from 20 to 60, all were avid hockey fans. By Anthony Wilson-Smith4 min

A disorder comes out of the closet

As a child, Margaret (not her real name) remembers experiencing cramps and searing abdominal pains that “no one else seemed to have.” As she grew up, the problem persisted, bringing bouts of pain early in the day. “For years, I had problems with absenteeism and being late for work,” says the 50year-old mother of three, who lives outside Vancouver. By Mark Nichols3 min

One winter in the 1980s, a young Anglo journalist was in the northern Quebec region of Rouyn-Noranda on assignment when a snowstorm hit. All regular flights out of the local airport were cancelled, and the journalist discovered, unhappily, that his stay was likely to be much longer than expected.

On one hand, it's ironic that California, which has spawned so much high-tech innovation and so much of the New Economy culture, has been hit by old-fashioned electric power blackouts in recent weeks. On the other hand, it's frightening. Because the push for power market deregulation, which has wrought so much havoc in California, is under way in Canada. By Deirdre McMurdy4 min
January 292001