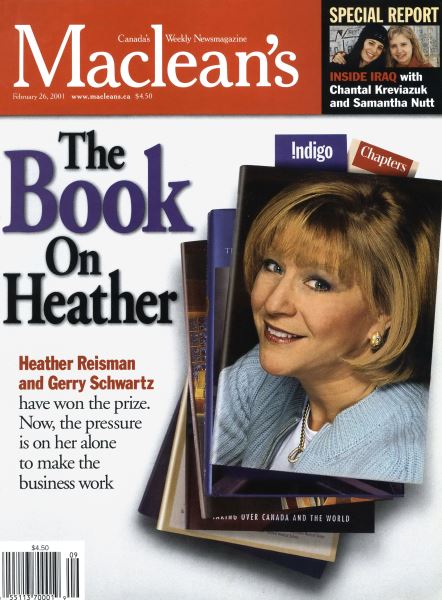 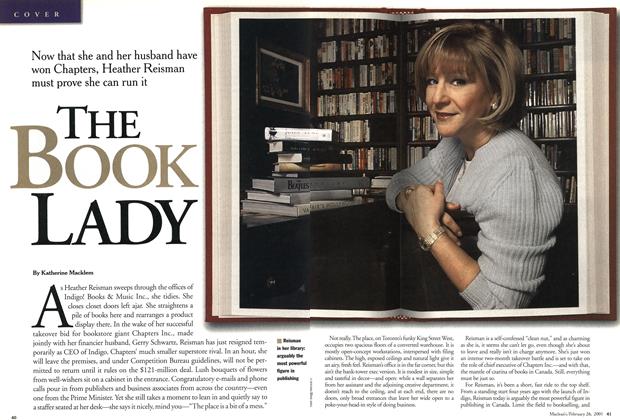 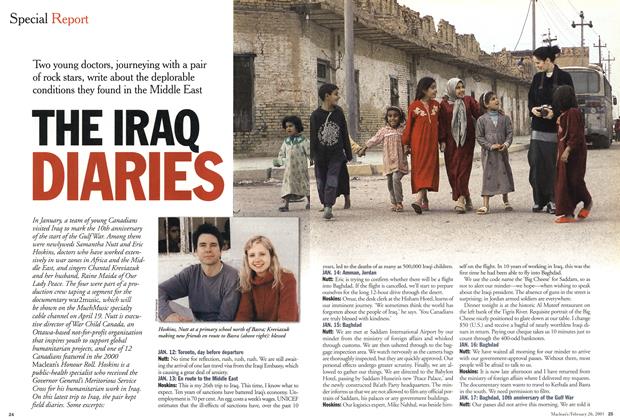 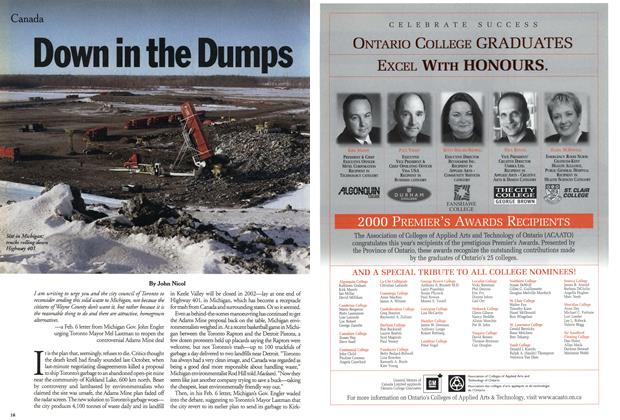 Down in the Dumps

Now that she and her husband have won Chapters, Heather Reisman must prove she can run it

Two young doctors, journeying with a pair of rock stars, write about the deplorable conditions they found in the Middle East

Down in the Dumps

It is the plan that, seemingly, refuses to die. Critics thought the death knell had finally sounded last October, when last-minute negotiating disagreements killed a proposal to ship Toronto’s garbage to an abandoned open-pit mine near the community of Kirkland Lake, 600 km north.

IN THE MOOD FOR ASIA

As Crouching Tiger squares off against Gladiator at the Oscars, Western audiences swoon over Far East fare By Brian D. Johnson5 min

Great articles on Alberta (“Alberta bound,” Cover, Feb. 12). As a lifelong Albertan, I felt all of your articles summed up my feelings of where we’ve been and hopefully are going. I’ve never disagreed with us paying our fair share in transfer payments.

The Heirs of Napster

If the music-sharing site goes down, others are ready to move in

Flush with cash from a record surplus, Alberta’s rumpled and folksy premier calls an election By Brian Bergman5 min

After an exhausting 53 years of war, the question is: would it really matter if Israel ceased to exist as a Jewish state? By Barbara Amiel4 min
February 192001