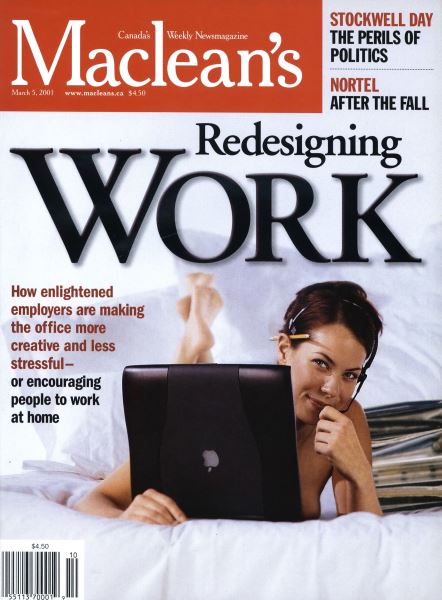 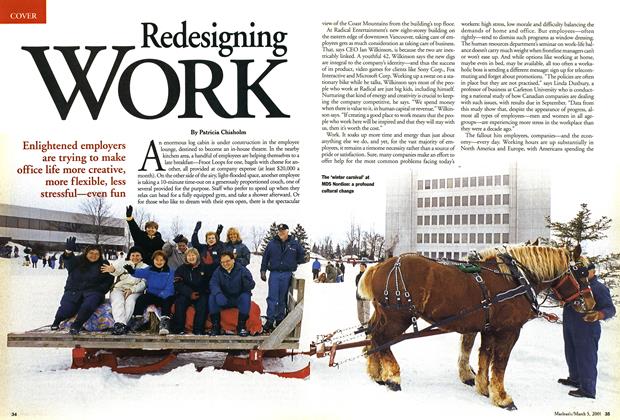 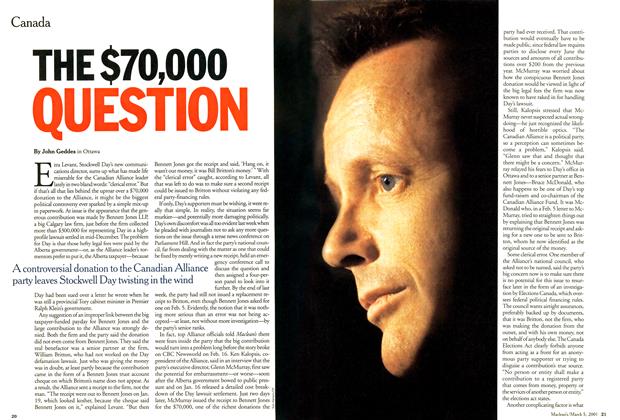 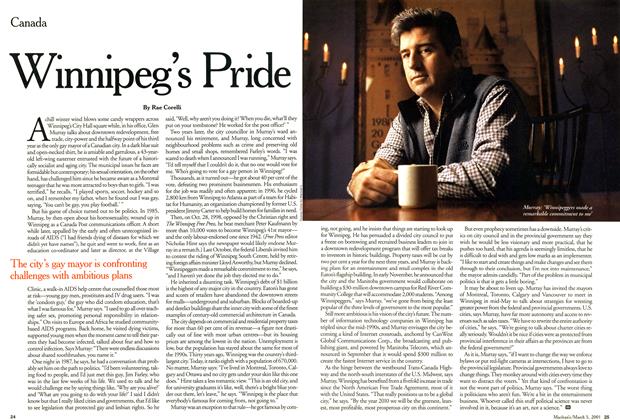 Ezra Levant, Stockwell Days new communications director, sums up what has made life miserable for the Canadian Alliance leader lately in two bland words: “clerical error.” But if that’s all that lies behind the uproar over a $70,000 donation to the Alliance, it might be the biggest political controversy ever sparked by a simple mix-up in paperwork.

A chill winter wind blows some candy wrappers across Winnipeg’s City Hall square while, in his office, Glen Murray talks about downtown redevelopment, free trade, city-power and the halfway point of his third year as the only gay mayor of a Canadian city.

Multiple nominees at this year’s Juno Awards (March 4, CBC TV) range from such established stars as Barenaked Ladies and the Tragically Hip to bright new artists like Nelly Turtado and Nickelback. Being the 30th anniversary, the event will also have its heritage moments, including a performance by the Guess Who and the induction of singer-songwriter Bruce Cockburn into the Canadian Music Hall of Fame. By Nicholas Jennings5 min

Bargaining to Get a Life

Seven months ago, Isabel Santos was overwhelmed with work. Each week, the Toronto-based child and youth worker had to juggle visits to 30 kids she was responsible for, travelling up to six hours round-trip to look in on them at their foster homes. By Amy Cameron5 min

Washington wants a missile defence shield. China and the Europeans say no. Canada may end up caught in the middle By Julian Beltrame5 min

Planning for life after death

Most children with disabilities live at home. What happens when they outlive their parents? By Susan McClelland4 min

First a confession: I don’t look quite like that photo right now. It’s mosdy the hair, which has been coming out in clumps, like a shedding dog’s, since the chemo kicked in a month or so back, leaving bare patches like parched earth. Expected, of course, but still strange. By Bob Levin4 min
February 262001