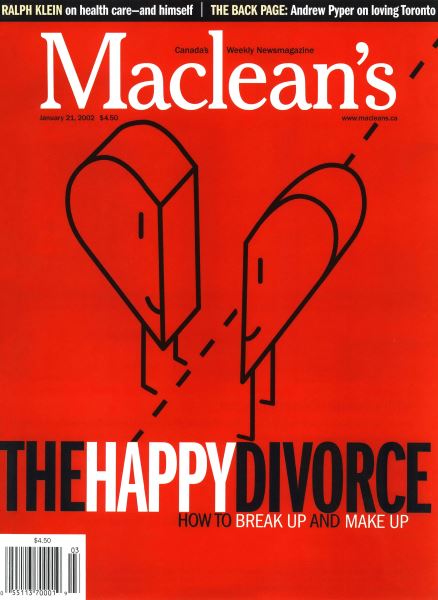 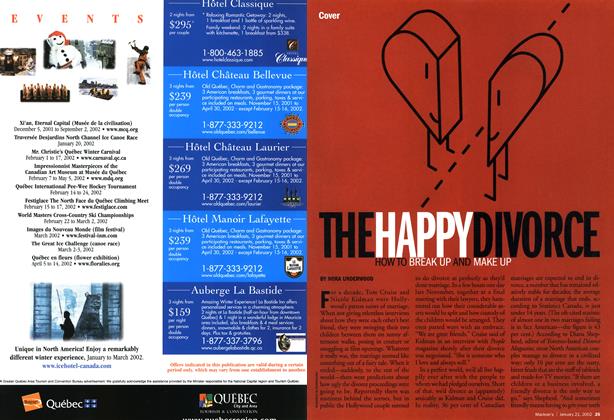 THE HAPPY DIVORCE HOW BREAK UP AND MAKE UP 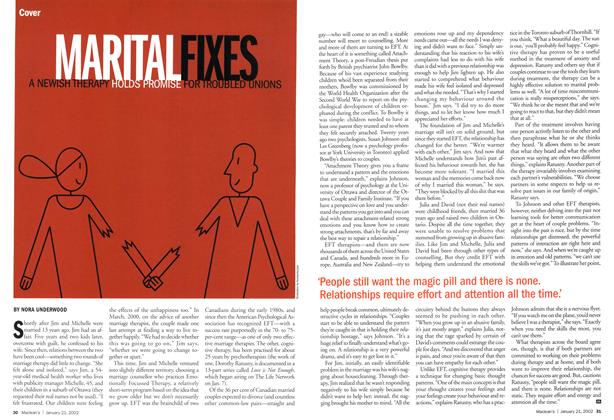 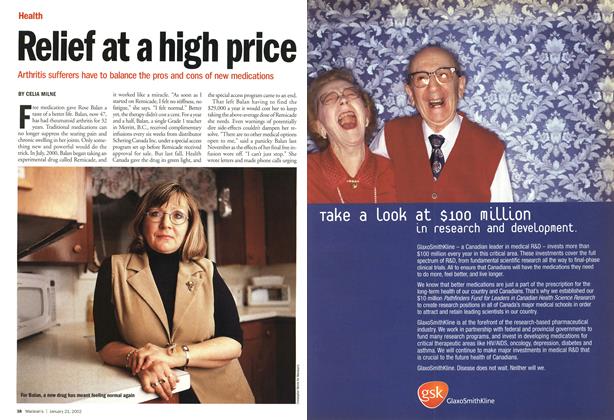 THE HAPPY DIVORCE HOW BREAK UP AND MAKE UP

For a decade, Tom Cruise and Nicole Kidman were Hollywood’s patron saints of marriage. When not giving relentless interviews about how they were each other’s best friend, they were swinging their two children between them on sunny afternoon walks, posing in couture or snuggling at film openings.

Shortly after Jim and Michelle were married 13 years ago, Jim had an affair. Five years and two kids later, overcome with guilt, he confessed to his wife. Since then, relations between the two have been cool—something two rounds of marriage therapy did little to change.

They’re building a synchrotron in Saskatoon. Here’s why you should care. By BRIAN BERGMAN8 min

During the height of the Cold War, we had real influence. What went wrong? By SEAN M. MALONEY7 min

Returning for season two, Queer as Folk has a strong heterosexual following By NORA UNDERWOOD6 min