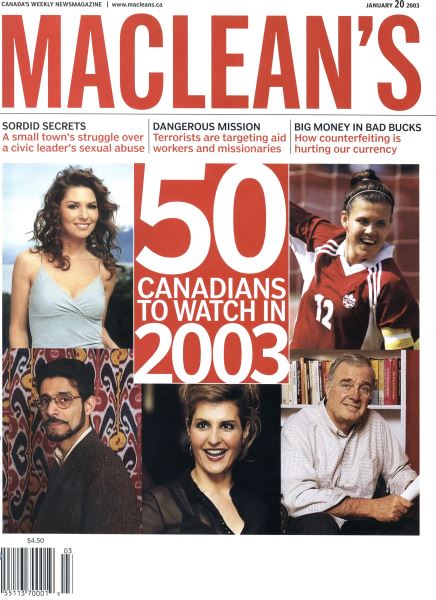 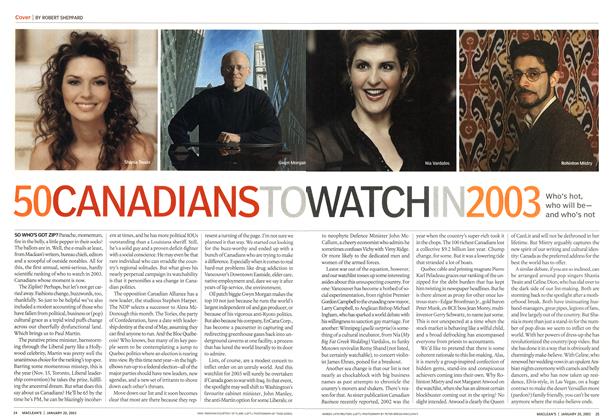 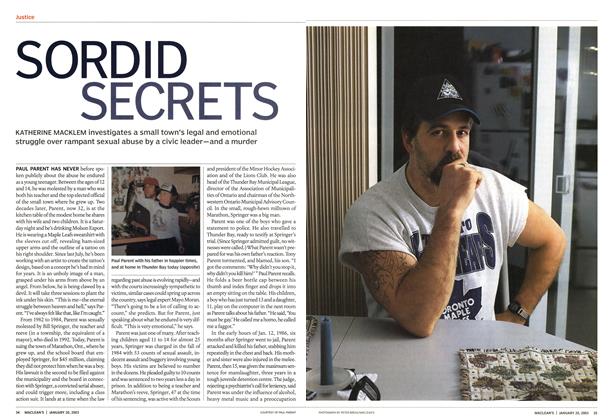 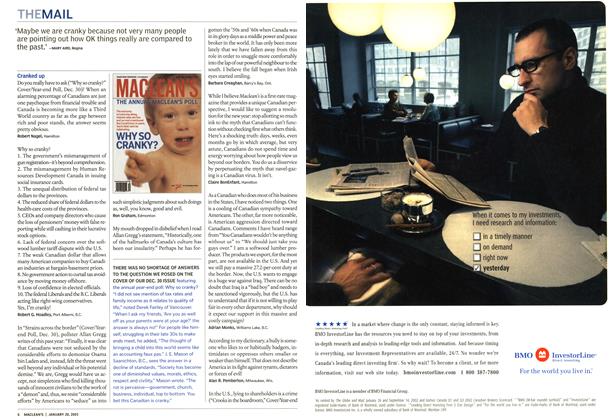 SO WHO’S GOT ZIP? Panache, momentum, fire in the belly, a little pepper in their socks? The ballots are in. Well, the e-mails at least, from Macleans writers, bureau chiefs, editors and a scoopful of outside notables. All for this, the first annual, semi-serious, hardly scientific ranking of who to watch in 2003.

Do you really have to ask (“Why so cranky?” Cover/Year-end Poll, Dec. 30)? When an alarming percentage of Canadians are just one paycheque from financial trouble and Canada is becoming more like a Third World country as far as the gap between rich and poor stands, the answer seems pretty obvious.

NOW EVEN THE SMALL BILLS ARE SUSPICIOUS

The Jan. 25 vote will determine not only the party’s leader, but its future By JULIAN BELTRAME6 min

WHAT THE BANKS MUST DO

If our banks are to merge, they should first answer key questions By PENNY COLLENETTE5 min

Forget about all that daily market data. The key is spotting underlying trends. By DONALD COXE4 min