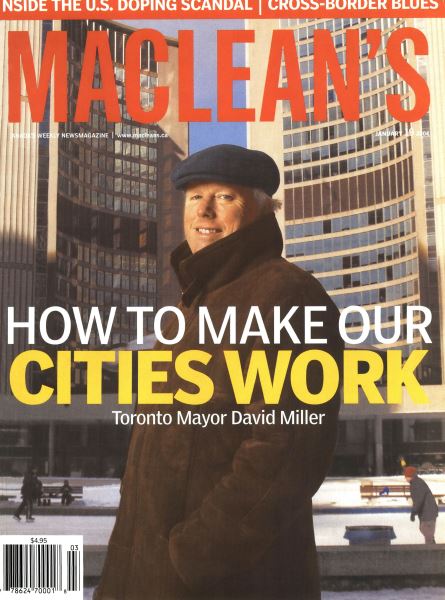 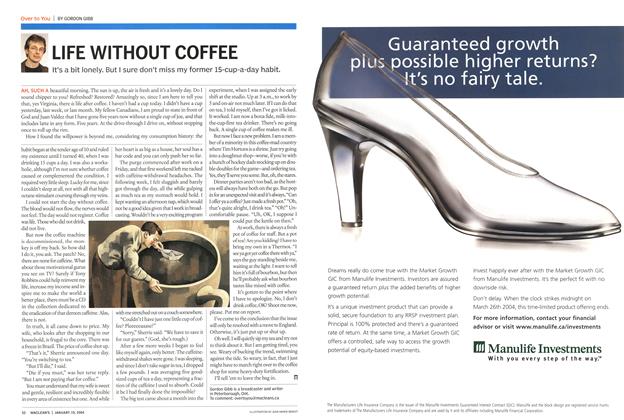 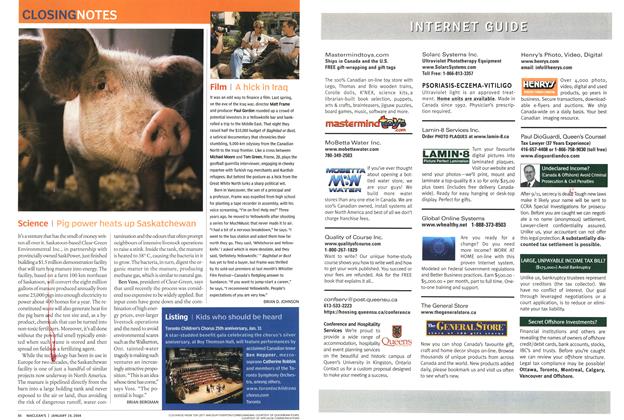 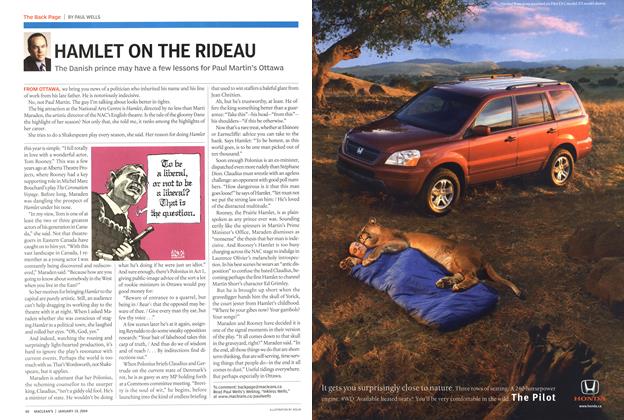 AH, SUCH A beautiful morning. The sun is up, the air is fresh and it’s a lovely day. Do I sound chipper to you? Refreshed? Restored? Amazingly so, since I am here to tell you that, yes Virginia, there is life after coffee. I haven’t had a cup today.

POLITICAL CHOICES always look easier on the campaign trail than from the seat of power. When Paul Martin was out barnstorming the country on his way to becoming Liberal leader and prime minister, the plight of Canada’s cash-strapped cities seemed to cry out for a bold remedy.

The Trews are a genuine Canadian rock band. The foursome, who have been friends since their high-school days in Antigonish, N.S., live together in a small house in St. Catharines, Ont., because the rent’s cheap and it’s close to Toronto. In the past two years, they’ve played an exhausting 500 gigs, travelling to and from shows in a beatup ’96 Dodge van with an odometer that recently climbed above 300,000 km. “It broke down five times on the West Coast leg of our tour alone,” says lead guitarist JohnAngus MacDonald, 23. By JOHN INTINI