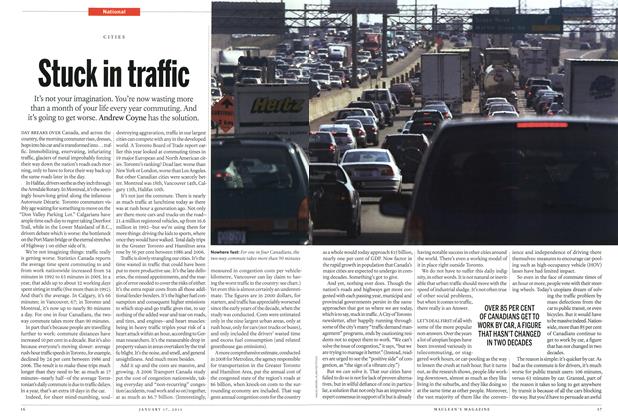 Which country is right? 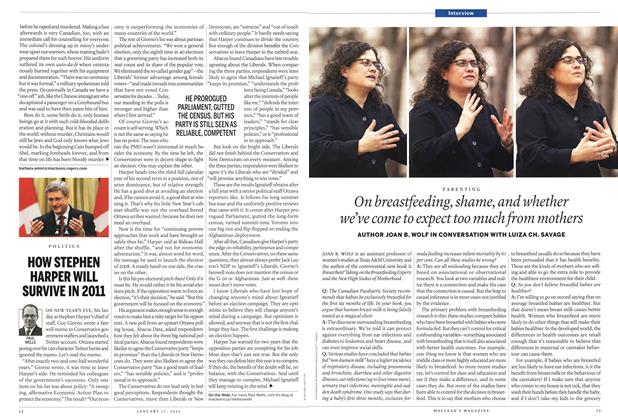 On breastfeeding, shame, and whether we’ve come to expect too much from mothers

It’s not your imagination. You’re now wasting more than a month of your life every year commuting. And it’s going to get worse. Andrew Coyne has the solution.

Which country is right?

The United States has embraced stimulus spending; Britain, hard-nosed austerity. Their choices could settle once and for all the biggest economic question of our time.

On breastfeeding, shame, and whether we’ve come to expect too much from mothers

Author Joan B. Wolf in Conversation with Luiza CH. Savage

Patrick Chan perfected the quad, is injury free, and has a new attitude. Next up: world domination, reports Jonathon Gatehouse.

WHAT’S A LIFE WORTH?

A life lost and a life destroyed

Caught in the crossfire

As the gang war over the country’s lucrative drug trade escalates, locals are increasingly the target By NADJA DROST7 min

Mark Carney and Jim Flaherty have been scolding us about debt. But are they to blame? By CHRIS SORENSEN6 min
January 32011