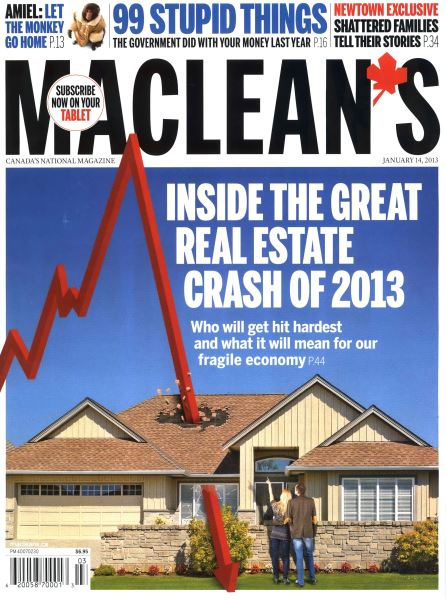 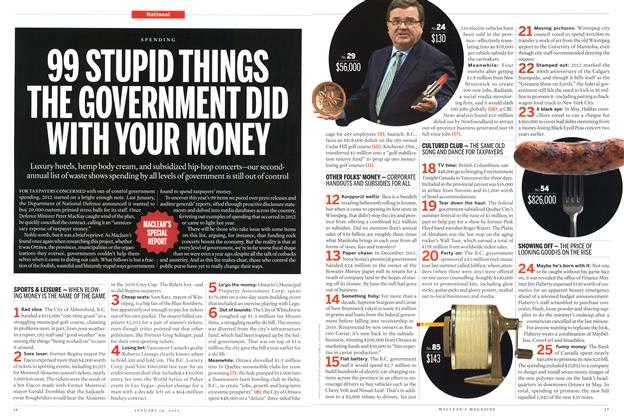 99 STUPID THINGS THE GOVERNMENT DID WITH YOUR MONEY 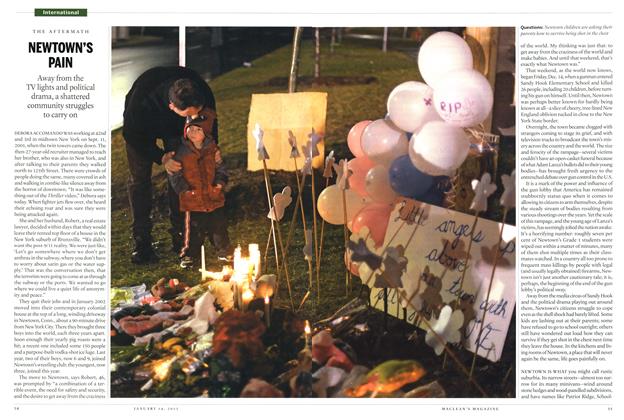 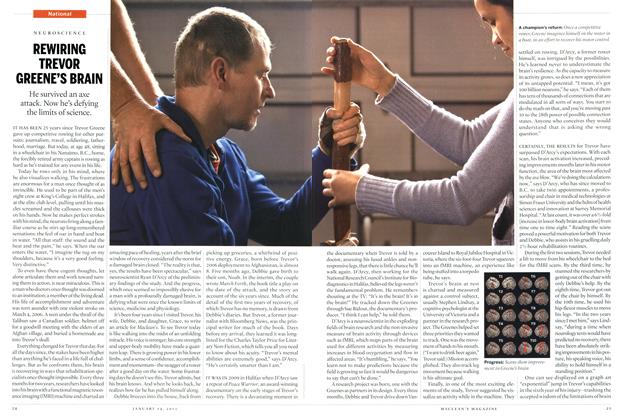 99 STUPID THINGS THE GOVERNMENT DID WITH YOUR MONEY

Luxury hotels, hemp body cream, and subsidized hip-hop concerts—our secondannual list of waste shows spending by all levels of government is still out of control

Away from the TV lights and political drama, a shattered community struggles to carry on

He survived an axe attack. Now he’s defying the limits of science.

It’s tied to obesity, diabetes, even cancer— and daily exercise won’t make up for it. Why sitting is emerging as the new health plague, and what we can do. By KATE LUNAU12 min

The housing bubble has burst, and few Canadians will emerge unscathed. Chris Sorensen

That seductive song by Leonard Cohen

Plus, what we need to know about water and power, the slaves of the Amistad rebellion, a guide to modern art, Oprah’s pick, and Louisa May Alcott’s mother By MARNI JACKSON, Brian Bethune, PETER SHAWN TAYLOR, JOANNE LATIMER, SARAH WEINMAN, DAFNA IZENBERG9 min

When I picked up my copy of Maclean’s Year in Pictures (Dec. 24) and saw that little boy’s beaming face on the front cover, my heart jumped with delight. It put a big, happy smile on my face to see how the heart of a child at play cannot be held down by the imposing and sombre world around him.

On being home-schooled by ‘chess parents,’ beating Kasparov and female competitors

On set in New York, creator Lena Dunham talks about the perils of self-referential comedy By ROSEMARY COUNTER7 min
December 312012