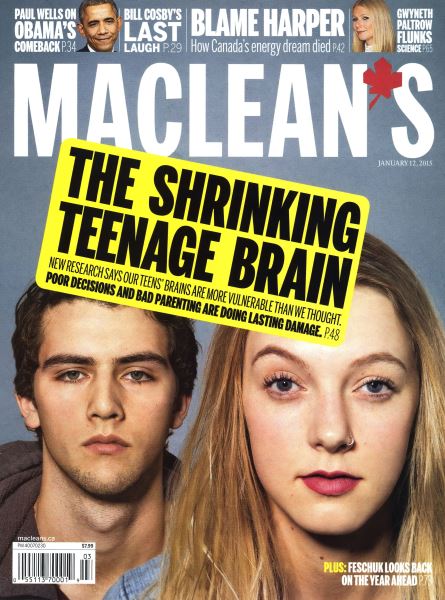 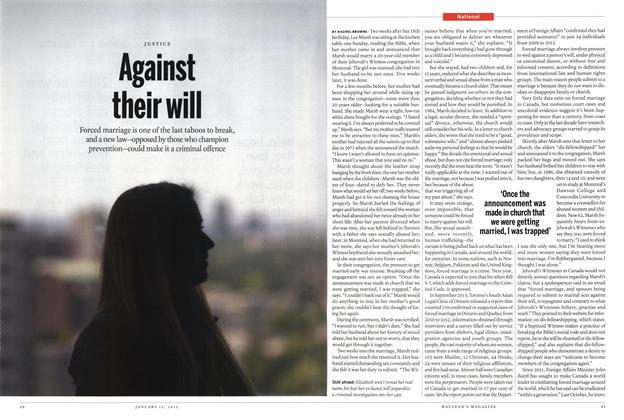 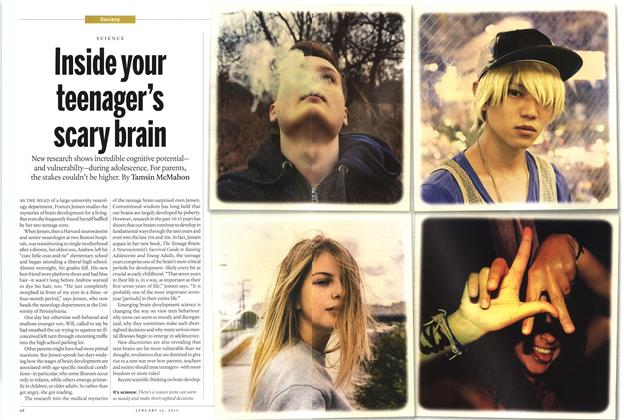 Inside your teenager’s scary brain 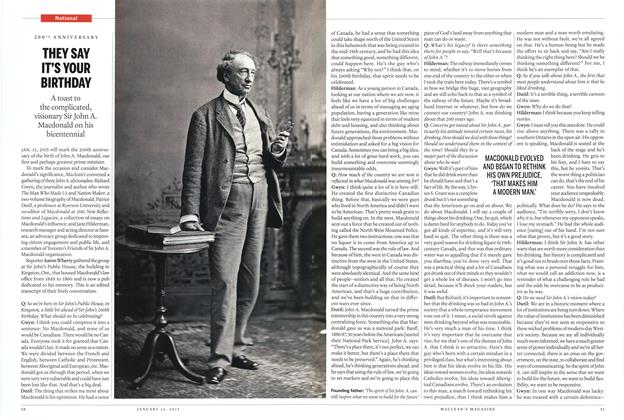 THEY SAY IT’S YOUR BIRTHDAY

Forced marriage is one of the last taboos to break, and a new law—opposed by those who champion prevention—could make it a criminal offence

Inside your teenager’s scary brain

THEY SAY IT’S YOUR BIRTHDAY

A toast to the complicated, visionary Sir John A. Macdonald on his bicentennial

In trying to promote the industry and protect it from emissions regulations, the Harper government has done more harm than good for Canada’s pipeline efforts

Plus protecting a mother and her memories from Alzheimer’s, the surprising history of chickens, John Vaillant’s new big-cat thriller, and the scandalous life of the Soviet era’s greatest poet

THE NEW SHERIFF IN TOWN

President Ashraf Ghani is out to radically overhaul the badly divided country. Is it ready for him? By ADNAN R. KHAN8 min

A street fighter returns to the streets

Enduringly popular in his home province, Bernard Valcourt takes his pitch to the nation By JOHN GEDDES6 min
December 292014