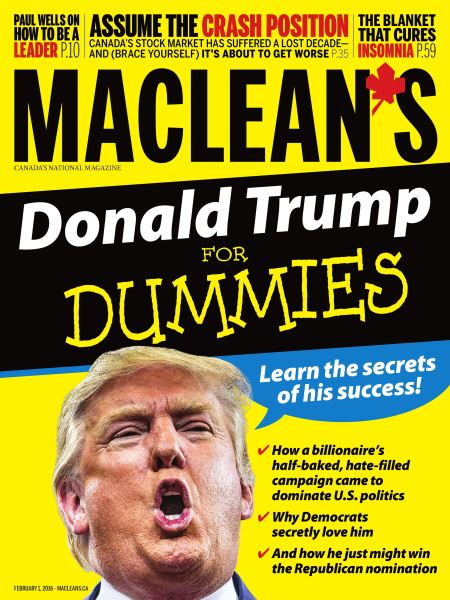 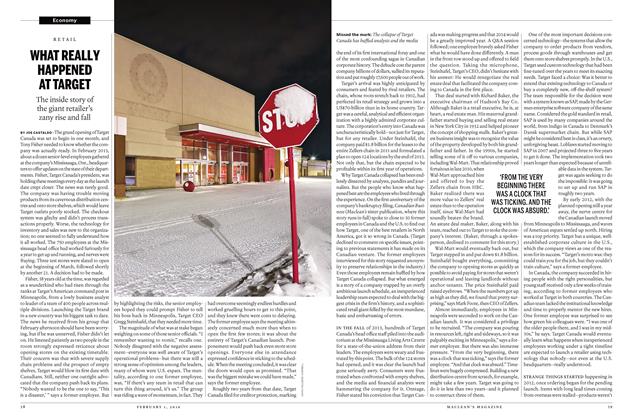 WHAT REALLY HAPPENED AT TARGET 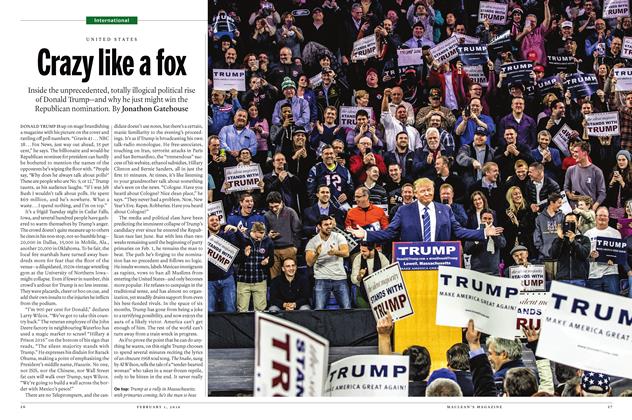 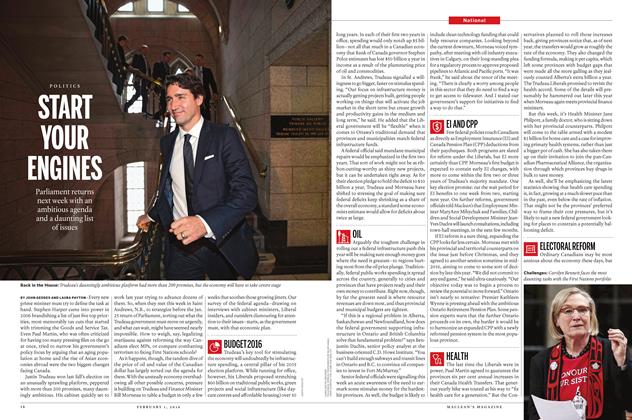 WHAT REALLY HAPPENED AT TARGET

The grand opening of Target Canada was set to begin in one month, and Tony Fisher needed to know whether the company was actually ready. In February 2013, about a dozen senior-level employees gathered at the company’s Mississauga, Ont., headquarters to offer updates on the state of their departments.

DONALD TRUMP IS up on stage brandishing a magazine with his picture on the cover and rattling off poll numbers. “Gravis 41...NBC 38...Fox News, just way out ahead, 35 per cent,” he says. The billionaire and would-be Republican nominee for president can hardly be bothered to mention the names of the opponents he’s wiping the floor with.

Every new prime minister must try to define the task at hand. Stephen Harper came into power in 2006 brandishing a list of just five top priorities, most memorably tax cuts that started with trimming the Goods and Service Tax. Even Paul Martin, who was often criticized for having too many pressing files on the go at once, tried to narrow his government’s policy focus by arguing that an aging population at home and the rise of Asian economies abroad were the two biggest changes facing Canada.

In recent weeks, the world’s stock markets fell into a pattern as familiar as it was stomach-churning. Sharp losses on the volatile Shanghai Stock Exchange—ironically made worse by so-called “circuit breakers” Beijing designed to limit the damage— reverberated around the planet as investors in New York, London and Toronto grappled with the spectre of a runaway debt crisis in the world’s most populous nation. By CHRIS SORENSEN

Working in traffic enforcement for a quarter of a century has exposed RCMP Cpl. Chris Little to bad driving in all of its manifestations. Recently, though, he’s noticed a concerning, and deadly, trend: the self-preoccupied driver in a steel-and-glass bubble, oblivious to the outside world. By ANNE KINGSTON

Lawrence Witko doesn’t actually want Justin Trudeau dead, he swears. Nor does he really want to kill all Muslims, moderate or otherwise, or hope for the mass killing of Palestinian children. “I hate violence, period. I don’t want to have to be ranting on like this,” Witko says.

THE MINISTRY OF NOSTALGIA

“Nothing is too good for ordinary people.” Architect Berthold Lubetkin’s motto still carries an electric charge, which may be why it is so hard to buy this quote on a tea towel. “Keep calm and carry on,” on the other hand, sounds like the soporific for our time, and it can be found on everything from wallets to underwear, doormats to pillows. By LEV BRATISHENKO

Hillary is on the ropes, Chelsea’s powder-puff punches aren’t landing, and the corner men are getting nervous. Now, into the ring for the 15th round, climbs William Jefferson Clinton, the blue-eyed, whitehaired ex-champion, fighting one final public battle on behalf of the woman he betrayed. By ALLEN ABEL

I’ve been in the child care field for 18 years now and, yes, there is what you call, “The collapse of parenting” (Society, Jan. 18). Increasingly, children are in charge of their parents. Every year I see more and more aggressive behaviour by children toward their parents.

Italy has more world heritage sites than any other country, according to UNESCO—and, though it’s a hard thing to quantify, somewhere around 50 to 60 per cent of all the world’s art treasures. Florence alone is thought to contain one-fifth of all the important paintings, sculptures and architecture in the world. By JEANNIE MARSHALL
January 252016