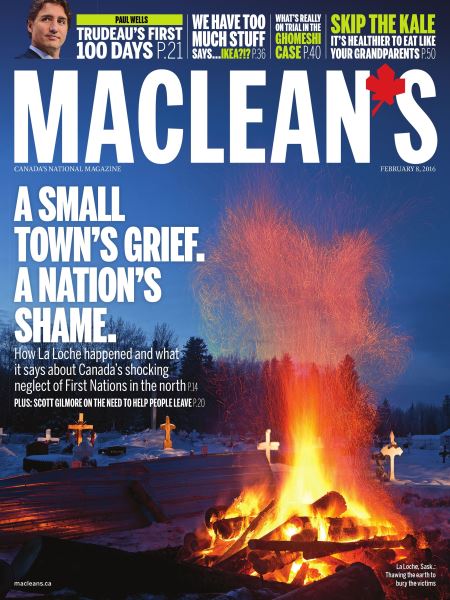 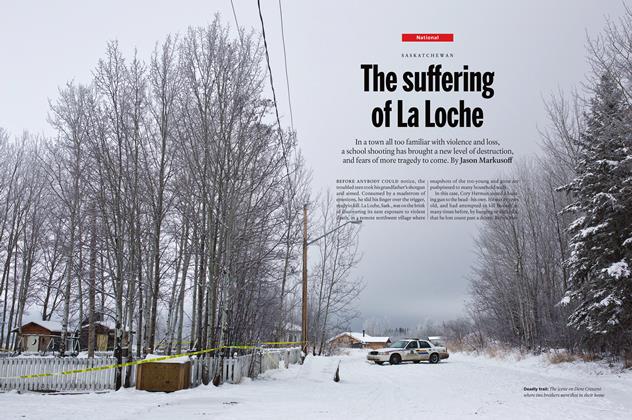 The suffering of La Loche 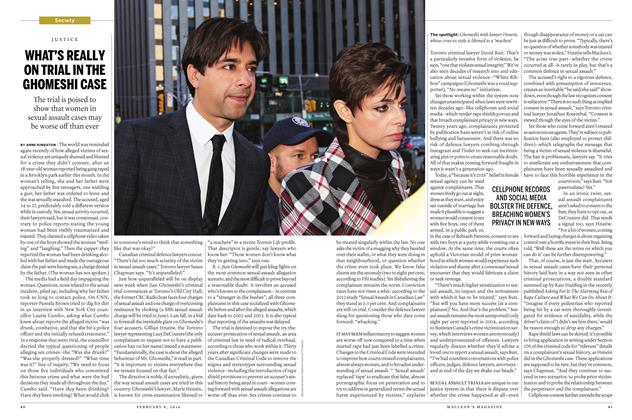 WHAT’S REALLY ON TRIAL IN THE GHOMESHI CASE 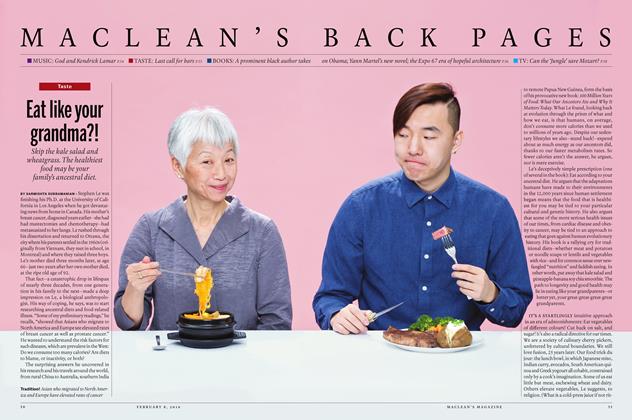 The suffering of La Loche

BEFORE ANYBODY COULD notice, the troubled teen took his grandfather’s shotgun and aimed. Consumed by a maelstrom of emotions, he slid his finger over the trigger, ready to kill. La Loche, Sask., was on the brink of discovering its next exposure to violent death, in a remote northwest village where snapshots of the too-young and gone are pushpinned to many household walls.

WHAT’S REALLY ON TRIAL IN THE GHOMESHI CASE

The world was reminded again recently of how alleged victims of sexual violence are uniquely shamed and blamed for a crime they didn’t commit, after an 18-year-old woman reported being gang raped in a Brooklyn park earlier this month. In the woman’s telling, she and her father were approached by five teenagers, one wielding a gun; her father was ordered to leave and she was sexually assaulted.

Stephen Le was finishing his Ph.D. at the University of California in Los Angeles when he got devastating news from home in Canada. His mother’s breast cancer, diagnosed years earlier—she had had mastectomies and chemotherapy—had metastasized to her lungs.

There have been times, as the Justin Trudeau era in Canadian politics approaches its 100th day, that the new Prime Minister has resembled Wile E. Coyote in the old Warner Brothers cartoons: two metres out from the edge of a cliff, eyes locked on a tantalizing prize just out of reach, suspended in mid-air, managing somehow not to fall. By PAUL WELLS

Steve Howard, the head of sustainability at Swedish furniture giant Ikea, raised eyebrows at a recent U.K. climate change talk when he mused that Western consumers had finally hit “peak stuff,” including “peak home furnishings.” It was a seemingly stunning admission, coming as it did from one of the world’s biggest retailers, and it conjured up images of a looming worldwide glut of slatted Malm bed frames and upholstered Tullsta armchairs. By CHRIS SORENSEN

Michael Friscolanti has written a very moving story about Amal Alkhalaf and the wonderful group ofpeople in Peterborough, Ont., who took it upon themselves to sponsor her and her children as refugees (“Saving family No. 417,” National, Jan. 25).

Born in Britain, and raised mostly in Toronto, Ausma Zehanat Khan, 46, now lives in Denver, where she writes what is rapidly turning into one of contemporary crime fiction’s most intriguing series. Her main character is a Muslim Toronto cop, Insp. By BRIAN BETHUNE

Is Barack Obama a black President or is he a President who is black? That is the question political analyst Michael Eric Dyson poses in his latest book, and it has serious implications for the legacy of the first African-American commander-in-chief.

‘The capital of reconciliation’

Last January, one day after the publication of a Maclean’s cover story on racism in Winnipeg, Lenard Monkman headed to Meet Me at the Belltower, an anti-violence rally held weekly at the Selkirk Avenue belltower, in the heart of Winnipeg’s troubled North End. By NANCY MACDONALD

‘The most hated man in India’?

The world got to know Narendra Modi in 2015. India’s prime minister visited more than two dozen countries last year, collecting more passport stamps than any of his peers. The sellout crowds of Indian expats and immigrants in London, Toronto, Silicon Valley and elsewhere created the impression of an ascendant nation led by an unassailable prime minister. By KEVIN CARMICHAEL
February 12016