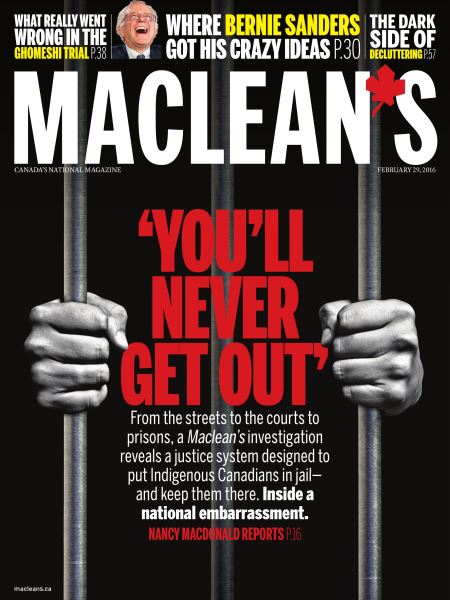 JUSTICE IS NOT BLIND 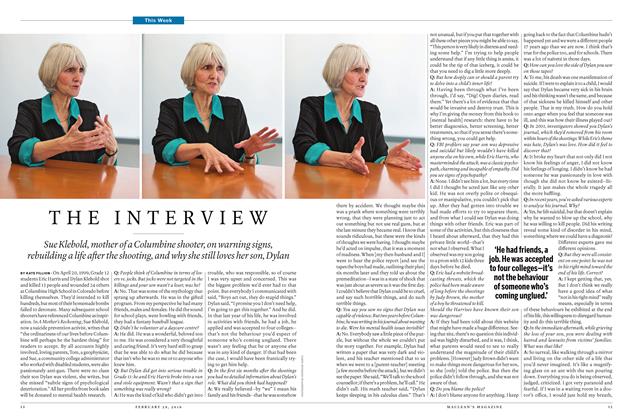 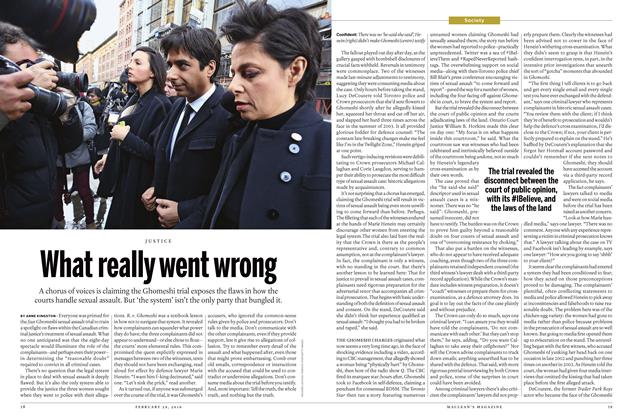 JUSTICE IS NOT BLIND

CANADA’S CRIME RATE just hit a 45-year low. It’s been dropping for years—down by half since peaking in 1991. Bizarrely, the country recently cleared another benchmark, when the number of people incarcerated hit an all-time high. Dig a little further into the data, and an even more disquieting picture emerges.

On April 20, 1999, Grade 12 students Eric Harris and Dylan Klebold shot and killed 13 people and wounded 24 others at Columbine High School in Colorado before killing themselves. They’d intended to kill hundreds, but most of their homemade bombs failed to detonate.

Everyone was primed for the Jian Ghomeshi sexual assault trial to train a spotlight on flaws within the Canadian criminal justice’s treatment of sexual assault. What no one anticipated was that the eight-day spectacle would illuminate the role of the complainants—and perhaps even their power— in determining the “reasonable doubt” required to convict in all criminal cases.

A TRIP TO BERNIE LAND

The hopeful little utopia that Bernie Sanders built hugs the eastern bank of Lake Champlain, which may be the only bank he approves of. To the north of the littoral, liberal city of Burlington, Vt., is the Quebec frontier, less than an hour’s drive away. By ALLEN ABEL

Even after he boarded the plane in Lebanon, his seatbelt buckled, Mostafa Rajab didn’t quite believe what was happening. He was certain someone was going to barge down the aisle and order him to get off, insisting there’d been a big mistake. Only when the jet made a stopover in Portugal did reality start to sink in: his family—six Syrian refugees among so many millions—were on their way to Canada. By MICHAEL FRISCOLANTI

Canadians are horrified by the events in La Loche, but I fail to see the logic of your headline that the tragic events are somehow our “nation’s shame” (“The suffering of La Loche,” National, Feb. 8). The “shame” for this event lies squarely on the shoulders of the person who pulled the trigger.

To get a sense of how Justin Trudeau’s government operates, the best place to stake out might not be the Parliament buildings, or even across Wellington Street at the Langevin Block, home of the Prime Minister’s Office. The more revealing Ottawa location is often Macdonald-Cartier International Airport. By JOHN GEDDES

People have been practically begging Chris Rock not to sell out. When the Academy Awards announced this year’s all-white slate of acting nominees, several entertainers called for Rock to give up his job hosting the award show, and CNN ran a headline that simply read, “Chris Rock facing pressure to boycott 2016 Oscars.” By JAIME J. WEINMAN

Fiona Barton’s much-buzzed-about novel starts in June 2010, when Jean Taylor has been a widow for a week. “He was there one minute, giving me grief about what sort of cereal I should’ve bought, and the next, dead on the road,” she remembers. Anyone else hit by a bus would have been mourned. By PATRICIA TREBLE

Muhammad al Ahmed can recount the exact moment he felt freed from the grip of the Syrian civil war. It was the early morning of Jan. 30, and he had taken his tentative first steps out of his family home in a middle-class suburb of Damascus. Ahead lay the dangerous journey on the refugee trail to Europe, behind the ruin of unyielding conflict. By ADNAN R. KHAN
February 152016