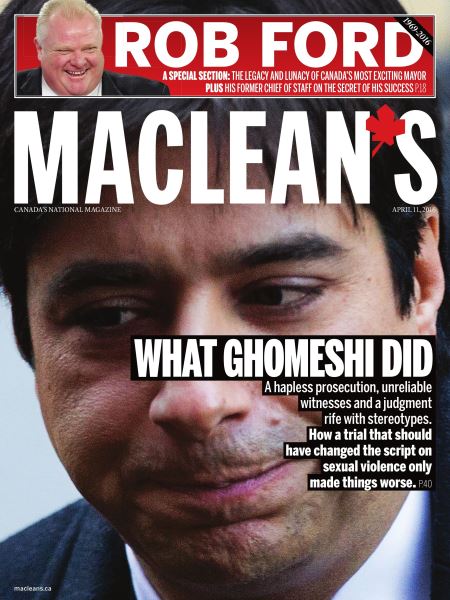 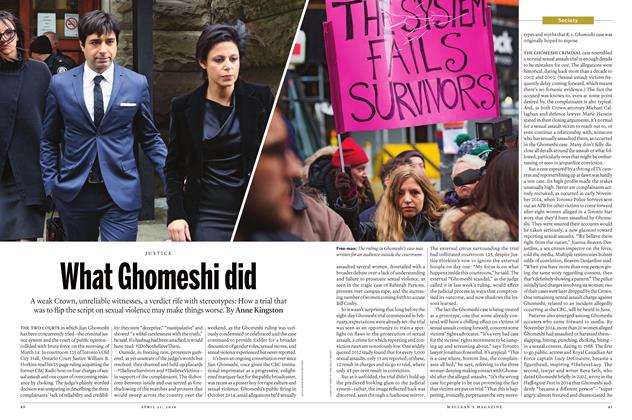 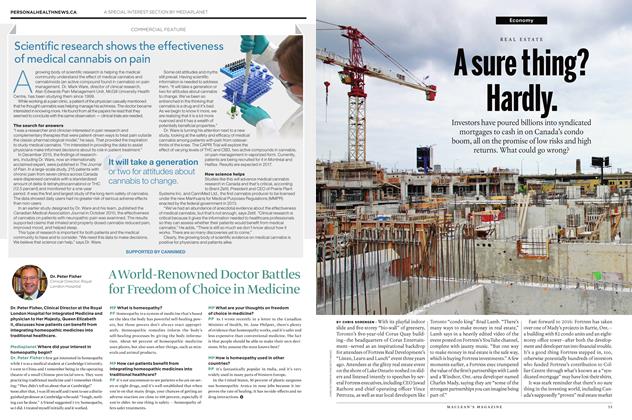 A sure thing? Hardly. 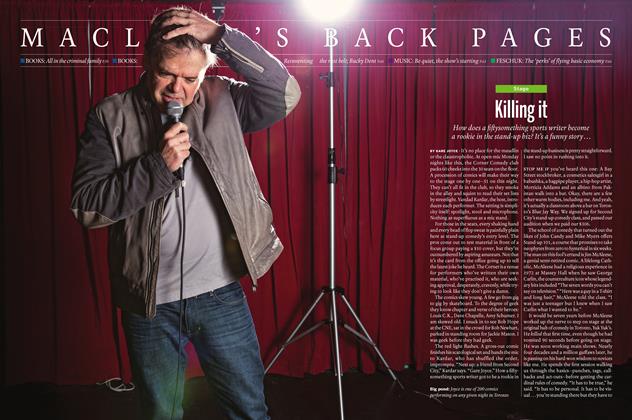 A weak Crown, unreliable witnesses, a verdict rife with stereotypes: How a trial that was to flip the script on sexual violence may make things worse.

A sure thing? Hardly.

Investors have poured billions into syndicated mortgages to cash in on Canada’s condo boom, all on the promise of low risks and high returns. What could go wrong?

How does a fiftysomething sports writer become a rookie in the stand-up biz? It’s a funny story...

ANY ROOM LEFT FOR ME?

Outflanked by the Liberals, Tom Mulcair prepares for his own leadership review

Gloria Steinem on Beyoncé, Hillary Clinton, abortion, the Republican Party and the interconnectivity of social movements By ANNE KINGSTON7 min

For months now, pundits have tried to make sense of “How Trump happened” (International, March 14). But perhaps Donald Trump offers some insight when he affectionately refers to the “poorly educated.” As Thomas Jefferson cautioned, “The cornerstone of democracy rests on the foundation of an educated electorate.”

While disorganizied authorities have fumbled investigations, powerful ISIS recruitment efforts have created a 'jihadi-mania' in some corners of Europe By JONATHON GATEHOUSE6 min

The meaning of Rob Ford

He defied all the laws of conventional politics but his success was no riddle. He worked hard, and voters understood he’d been bruised by life—just like them. By CHARLIE GILLIS6 min

We've got to let you go, buddy

Rob Ford spoke for Torontonians who felt left behind, remembers his former chief of staff By Mark Towhey5 min
March 282016