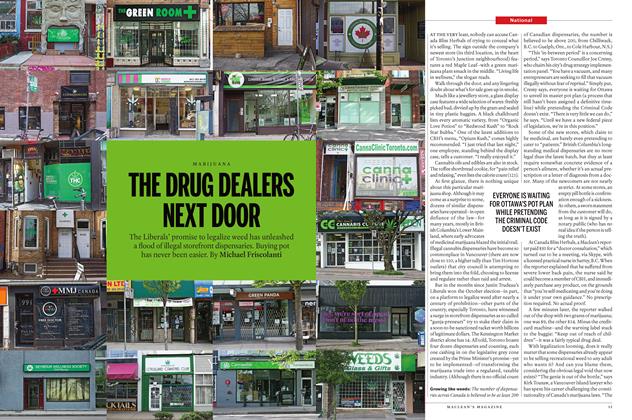 THE DRUG DEALERS NEXT DOOR 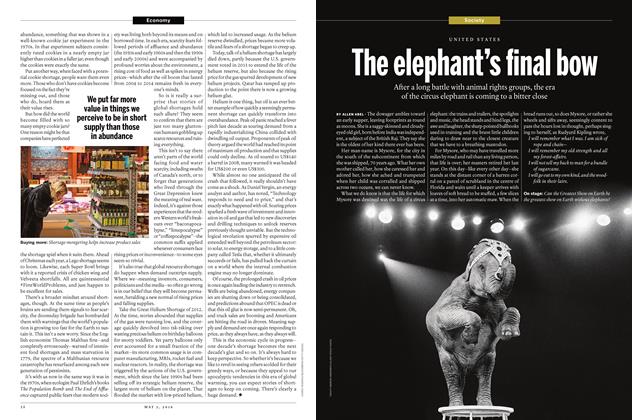 THE DRUG DEALERS NEXT DOOR

The Liberal's promise to legalize weed has unleashed a flood of illegal storefront dispensaries. Buying pot has never been easier

After a long battle with animal rights groups, the era of the circus elephant is coming to a bitter close

Carolyn Wilkins on the housing market, the financial technology revolution and why it’s cool to have her signature on Canadian money By KEVIN CARMICHAEL7 min

TO SERVE AND FORECHECK

Man out of time

Shakespeare’s plays, 400 years later, are the best explorations of our own political and cultural fights By BRIAN BETHUNE7 min

THE STATE OF ISIS

What does the West really know about the inner workings of Islamic State and how it will end? Alarmingly little. By JONATHON GATEHOUSE7 min

According to your April 18 editorial, Prime Minister Justin Trudeau should be cautious about deleting too many of Stephen Harper’s policies, because the Saskatchewan election results prove that “many voters still approve of... Harper’s legacy.” We’re talking about roughly 270,000 people who voted for the Saskatchewan Party, in a country where more than 17 million votes were cast in the last federal election! You just keep deleting, Mr. Trudeau.

A shortage of everything

From coloured pencils to helium, chocolate to vanilla, we’re obsessed with the idea that the world is running out of stuff By JASON KIRBY6 min
April 252016