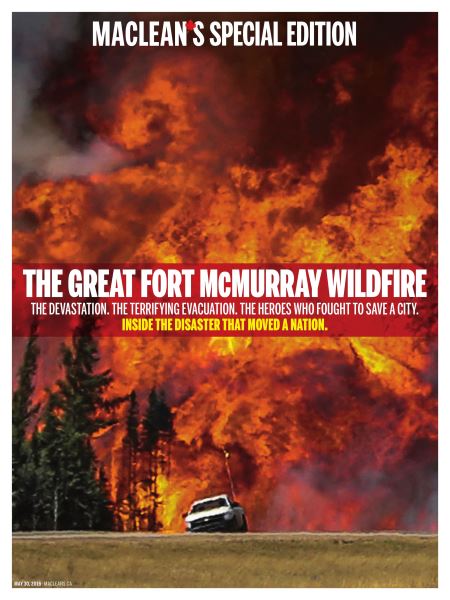 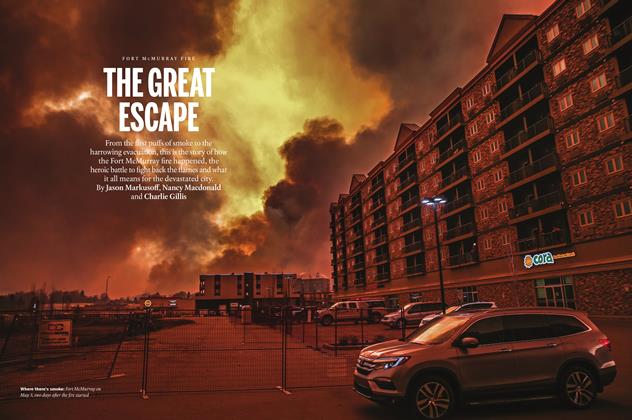 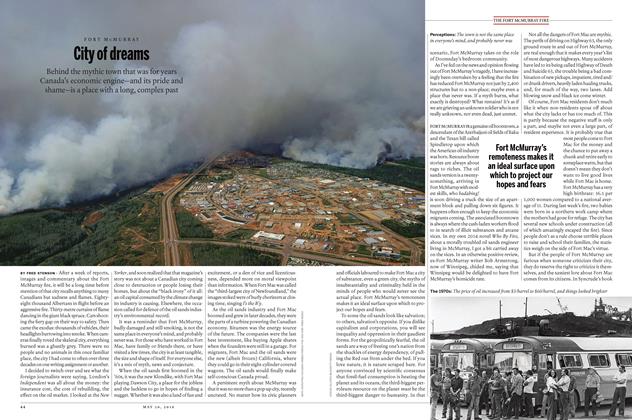 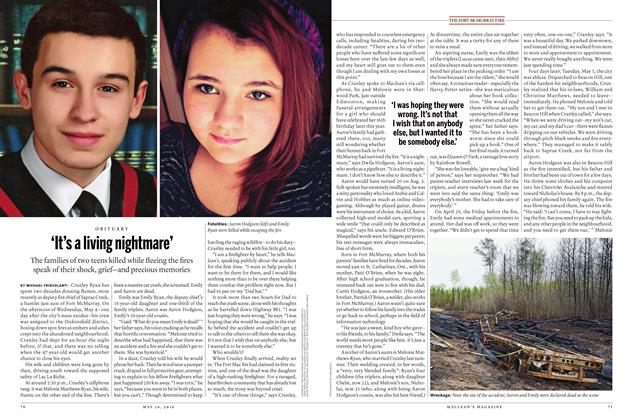 From the first puffs of smoke to the harrowing evacuation, this is the story of how the Fort McMurray fire happened, the heroic battle to fight back the flames and what it all means for the devastated city.

Behind the mythic town that was for years Canada’s economic engine—and its pride and shame—is a place with a long, complex past

The families of two teens killed while fleeing the fires speak of their shock, grief—and precious memories

From lemonade stands to charity concerts, Canadians were moved to break their own record of generosity

As the flames engulfed individual houses and entire neighbourhoods, Fort McMurray’s residents fled, leaving years of memories behind. Many had only minutes to gather their belongings. Here, they reflect on the things they took with them—bare necessities or precious keepsakes—and what they have lost.

THERE’S NO PLACE for politics at the height of an emergency. No place for debates about ideology when the Beast is raging and people are fleeing for their lives. The Beast—as locals call the fire that slashed through Fort McMurray and still rages— doesn’t distinguish between left and right, rich or poor. By EVAN SOLOMON4 min

How did Fort McMurray get out alive?

Jamie Coutts, fire chief of Slave Lake, Alta., is all too familiar with wildfire devastation. Five years ago, a third of his town was destroyed by an uncontrollable forest fire. Last week, he stood in the Thickwood Heights area of Fort McMurray, watching “a bomber show—water bombing behind us,” while taking a brief lunch break. By ANNE KINGSTON4 min

A FORGOTTEN HORROR COMES ROARING BACK

ONE HOT SUMMER when I was a boy the forest fires were bad. It began with the air. Each day the sky up there, in northern Manitoba, was a little hazier than the last, and every sunset was a spectacular orange. As a kid, I didn’t worry about these things, but I couldn’t help noticing the adults did. By SCOTT GILMORE4 min

What does it feel like to be a firefighter?

ALEX PAVCEK, DEPUTY chief of the Lesser Slave Lake Fire Department in Slave Lake, Alta., which was ravaged by wildfire in 2011, spoke with Maclean’s about what happens when a call comes in about a wildfire. Q: What’s the very first response?
May 162016