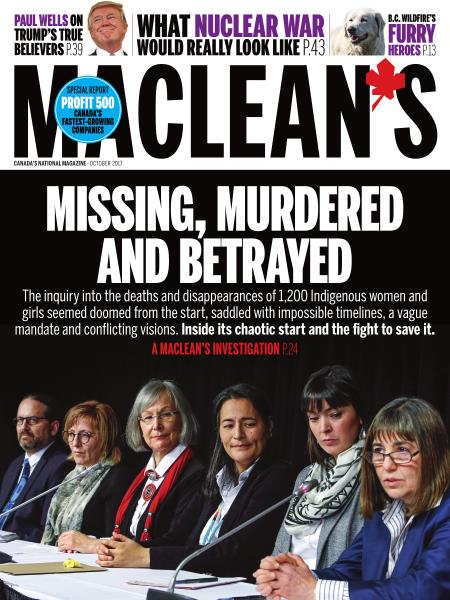 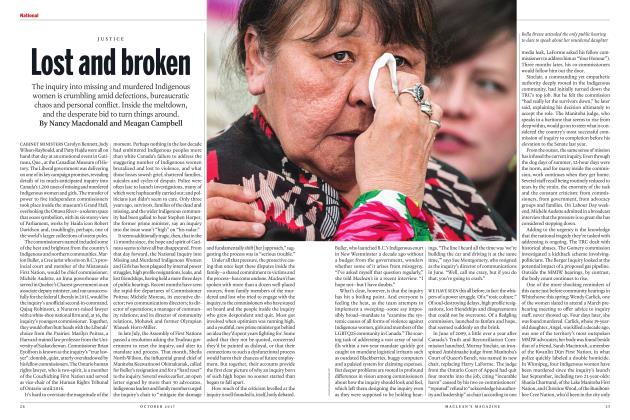 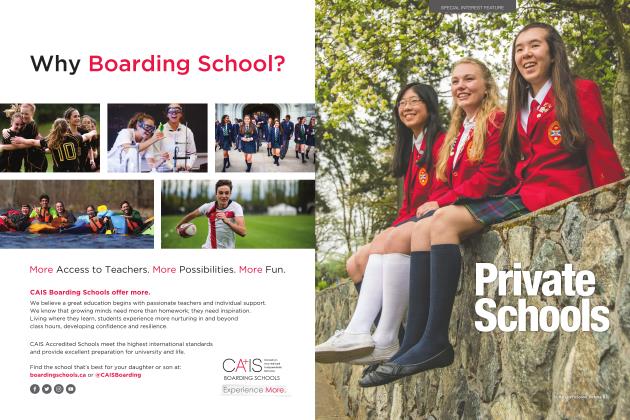 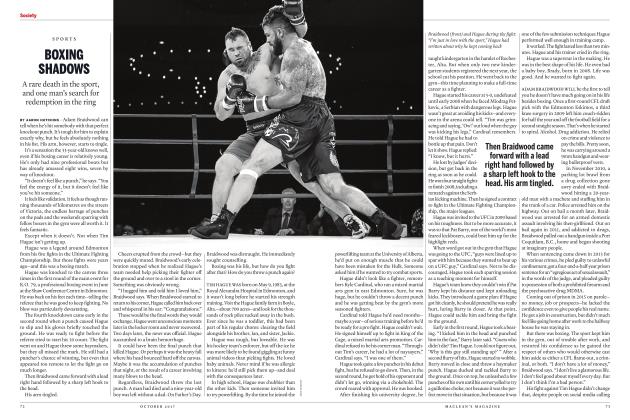 The inquiry into missing and murdered Indigenous women is crumbling amid defections, bureaucratic chaos and personal conflict. Inside the meltdown, and the desperate bid to turn things around.

At Canada’s private schools — or “independent schools” as they are also known when they are not-for-profit-unparalleled academic education goes without saying. These schools routinely report that all their graduates receive multiple university admission offers.

A rare death in the sport, and one man’s search for redemption in the ring

In Trump they trust

While the ugly debate rages over Confederate statues, in a Kentucky town that broke tradition to vote for President Donald Trump there is little sign of buyers’ remorse

The terrifying notion of nuclear war no longer seems unfathomable. Here’s what it would look like. By AARON HUTCHINS11 min

Was Joseph Boyden’s uncle Earl telling the truth or was he lying when he told a Maclean’s writer years ago that he had no Indigenous blood (“Who gets to be Indigenous?, Essay, Sept. 2017)? Regardless of whether he was or wasn’t being honest, the fact remains that I expect people chosen to be honorary witnesses for something as serious as the Truth and Reconciliation Commission to be full-blooded First Nations or Inuit, or Metis from a recognized Metis settlement, instead of someone claiming only a “small part” of Indigenous ancestry in his/her bloodline.

Payam Akhavan on how to fight evil, the failure of Facebook activism, and the sacrifices needed to make the world safer By BRIAN BETHUNE8 min

FROM SEA TO SHINING SEA, MORE OR LESS

The Trans Canada Trail has been hailed as a milestone, but the work is far from completion By JASON MARKUSOFF5 min
September 12017