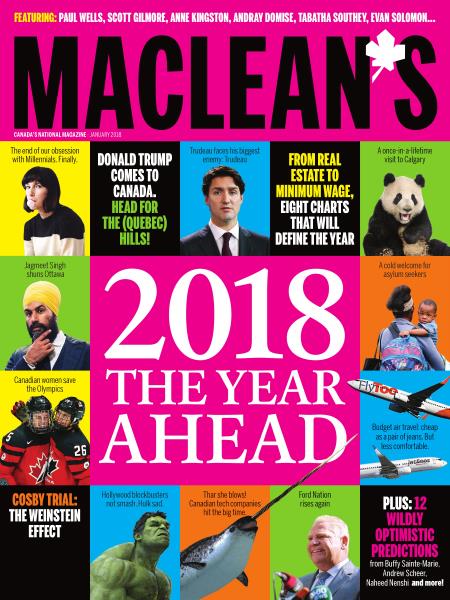 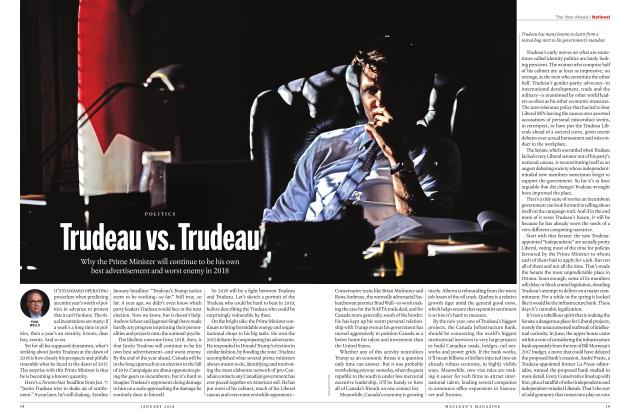 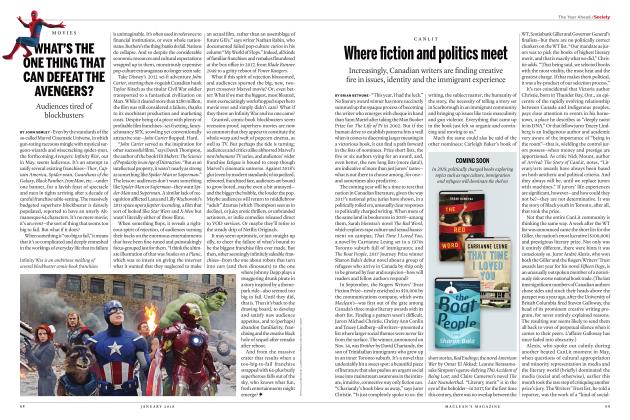 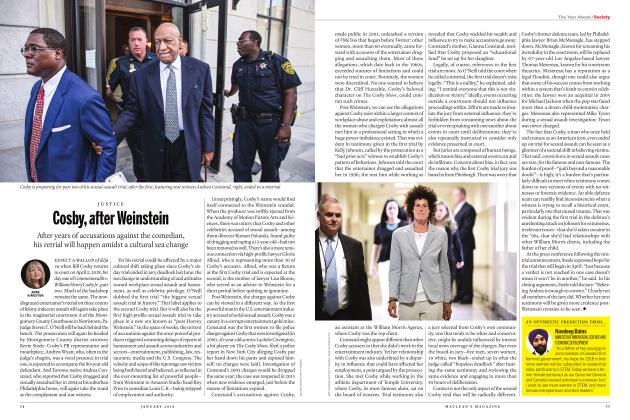 After years of accusations against the comedian, his retrial will happen amidst a cultural sea change

The MMIWG inquiry will likely miss its deadline, faced with the same challenges as similar investigations By KYLE EDWARDS6 min

It won’t be Canada’s B team playing men’s Olympic hockey It’ll be closer to the P team. By AARON HUTCHINS6 min

FLIPPING THE BIRD AT TRUMP

Democrats can smell victory in the 2018 U.S. midterm elections. But don’t underestimate the Republicans. By ALLEN ABEL5 min

COLUMNISTS OWE A lot to the Gregorian calendar, which places New Year’s Eve on Dec. 31, the seventh day of the Christmas season. It’s a busy and exhausting time. In many countries, New Year’s Eve is a holiday traditionally celebrated with fireworks, festivities and phoning it in. By TABATHA SOUTHEY5 min

Eight economic indicators that will determine the fates of the working class, resource-dependent provinces and over-leveraged Canadians

Sovereignty is on the back burner, but can Quebec avoid splitting along populist and progressive lines? By VERITY STEVENSON5 min