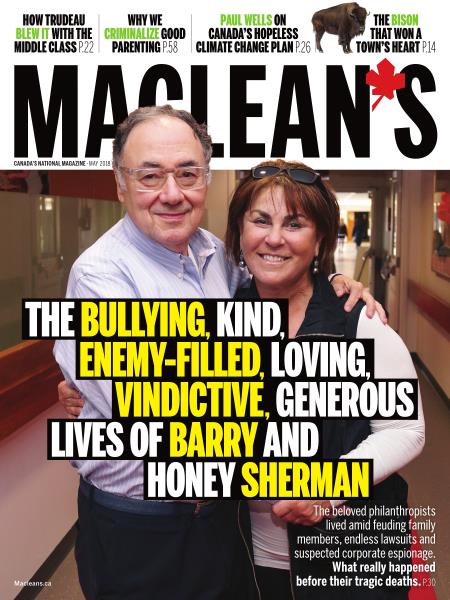 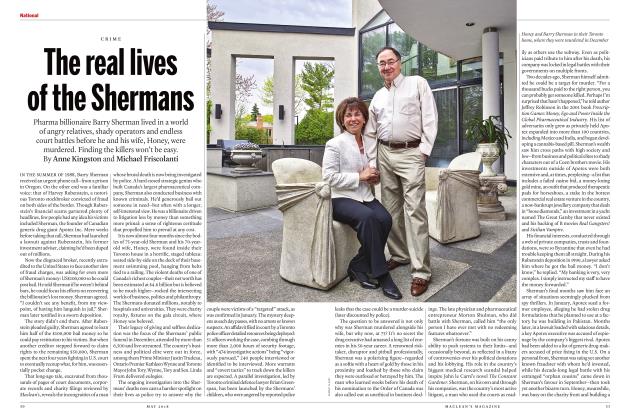 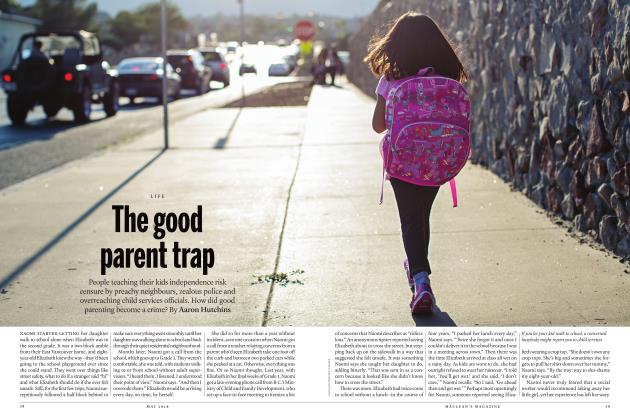 Pharma billionaire Barry Sherman lived in a world of angry relatives, shady operators and endless court battles before he and his wife, Honey, were murdered. Finding the killers won’t be easy.

The Liberals took their eyes off the middle class and a looming economic problem. The clock is ticking for Justin Trudeau and his finance minister to turn things around.

Every day more details are unzipped in the saga of the U.S. president and his liaisons with women—and it could soon take a serious toll By ALLEN ABEL11 min

In Canada, the U.S. and beyond, trusted, rational diplomacy has been taken over by party politics and ideology. It couldn’t come at a more dangerous time. By ADNAN R. KHAN9 min

MORE THAN A MOVIE

Indian Horse is a powerful and important collaboration between white filmmakers and Indigenous talent By BRIAN D. JOHNSON8 min

Waiting for the Big One

A major earthquake along the San Andreas Fault is long overdue, but California is also at risk of floods By BRIAN BETHUNE8 min

Author Bill Gaston lied about being born in Flin Flon. The city made him an ‘honest man.’ By AARON HUTCHINS8 min

Extremist pages drive some users to the point of panic. Are they a health hazard? By JASON MARKUSOFF7 min
April 12018