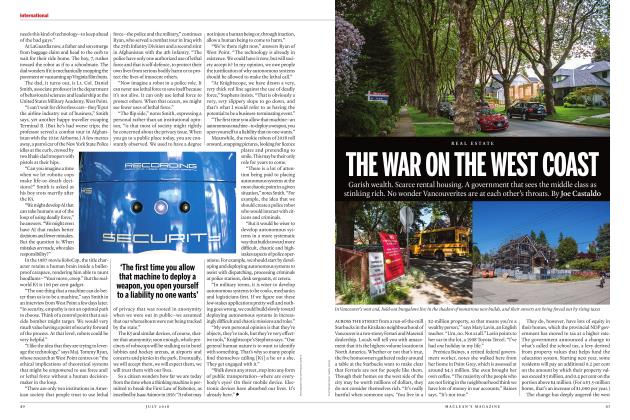 THE WAR ON THE WEST COAST 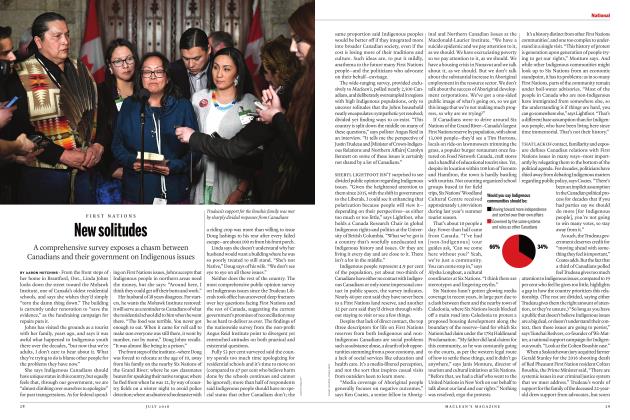 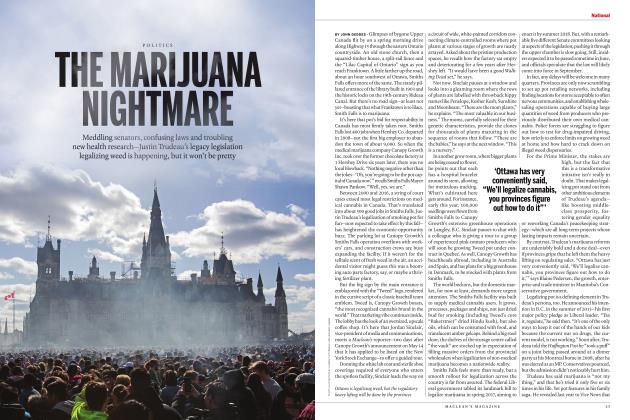 THE WAR ON THE WEST COAST

Garish wealth. Scarce rental housing. A government that sees the middle class as stinking rich. No wonder Vancouverites are at each other’s throats.

Jason Kenney talks to Paul Wells about fighting climate change, his vision for a wealthy Alberta and why he respects Rachel Notley

Beep-boop, you're under arrest

They’re already patrolling malls and airports— watching, recording. But what will happen when our lives are truly in the hands of robot police officers? By ALLEN ABEL10 min

SWIMMING AGAINST THE BITUMEN TIDE

A fishy way to sell a fillet

Canadians unwittingly ate the country’s first shipment of genetically modified salmon. Why all the secrecy? By ALEX GILLIS7 min

The private lives of pandas

An itch of the throat, maybe; a tingle in the chest, it might’ve been, but not when the noise came from this bear, Er Shun, a diplomatic investment from China for whom the affliction was documented at 16:00 on Feb. 2, 2017, and investigated by zookeepers who took blood samples, considered listening to her lungs and were prepared to sedate her to examine her gastrointestinal tract. By MEAGAN CAMPBELL6 min

The loneliness of elder orphans

To have nobody means to have no children, spouse or friend still alive. It is to have no church group to belong to, no neighbour to eat a sandwich with or sibling to come over. If someone has a mailman or even a hydro meter reader who says hello, that greeting is a connection, but when somebody has nobody, the option is 911. By MEAGAN CAMPBELL5 min
June 12018